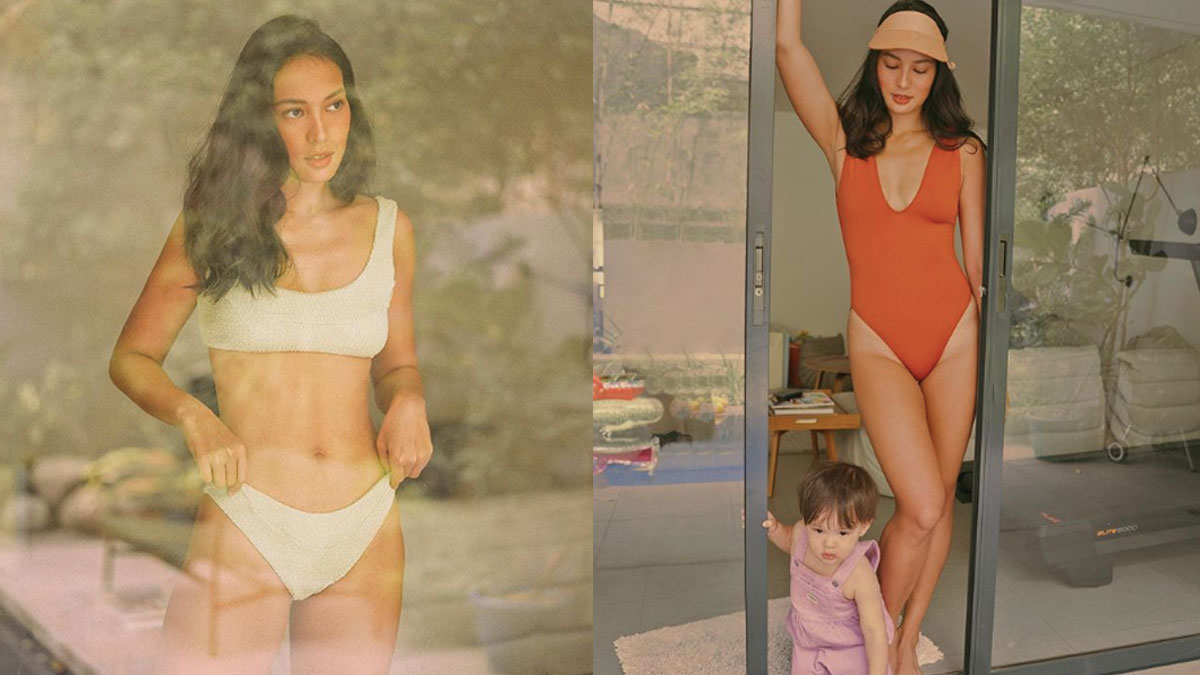 Isabelle Daza, mother of one, has become a fitness inspiration to a lot of ladies.
PHOTO/S: @isabelledaza on Instagram

A year after giving birth to her son Baltie, she is back to her pre-pregnancy body, and, in ten monhs, she had lost 68 pounds.

But she wants to underline the intent of her posts: They are not meant to flaunt her body.

She writes in the caption of her May-20 post, "I hesitated to post this cause I didn't want to send out the wrong message; I want to inspire people to WANT to be the best version of THEMSELVES in body, mind and spirit."

But achieving her body goal was definitely not a walk in the park for the 31-year-old mom.

Isabelle resumed her fitness activities three weeks after giving birth, contrary to the doctor's usual recommendation of six to eight weeks, especially for those who delivered their baby via C-section.

What's all the hurry? Her weight then had been making her feel down.

In her vlog on YouTube dated January 31, 2019, ahe admitted, "Every day, I weigh myself, and I kinda feel bad. People are gonna watch this and think that I’m obsessed with weight, which I slightly am."

It was the same case during her pregnancy.

She said in one of her posts, "Trying to stay positive but sometimes it's just hard! Feeling so down today because I'm 194 lbs. Just putting it out there because I feel I want to share.

"I've been gaining so much weight. And I've been really sad about it. But I know I have to just focus on staying active. Maybe I'm just putting so much pressure on myself. This transition is not easy and sometimes I feel left behind."

Determination and discipline became Isabelle's favorite words since she started trying to lose the extra weight, with the help of fitness coach Arnold Aninion and workout buddies, like Anne Curtis.

If you saw their workout videos, they are not exactly easy to do.

In her own words, she described them as "you hate doing it but love finishing it."

She recommended 20 reps for each exercise and 5 sets of the entire routine.

She has also been running regularly.

For her diet, she followed a "specific macro nutrient count which consisted of 76 grams per meal of carbohydrates, 56g per meal of protein, and 20g per meal of fats."

Isabelle's successful journey is a reminder that motherhood should not hold moms from going after their goals.

And having a baby should not be used as an excuse for not looking and feeling good. Stay fabulous, momshies!