Alden Richards fitness journey: How he lost 25 pounds and the chubby cheeks 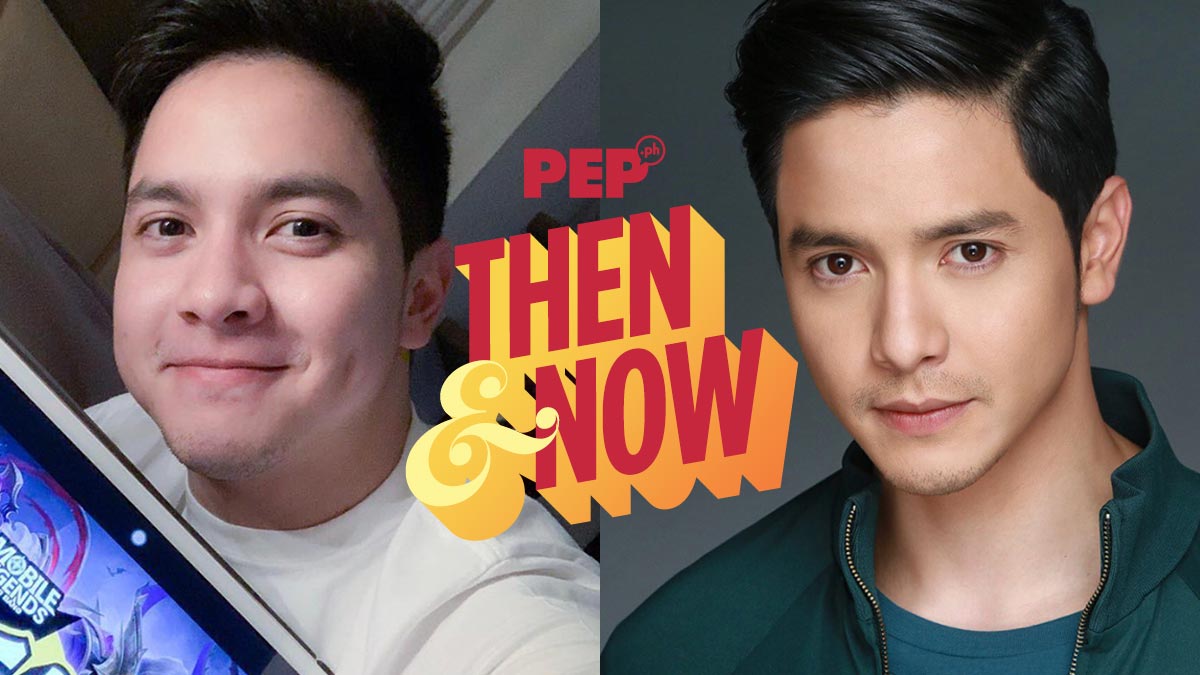 Alden Richards has been receiving positive comments for his transformation as seen in his latest movie Hello, Love, Goodbye, which also stars ABS-CBN actress Kathryn Bernardo.

Many of those who have seen the movie say the 27-year-old actor looked leaner, had more defined jawline, too.

Partly, his motivation came from Director Cathy Molina, who made a comment during the look test.

He added, "It was a conscious effort. My last project during that time was Victor Magtanggol, and I had to gain some muscle pero ang na-gain ko ay taba yata."

In his interview with PEP.ph and YES! magazine, Alden said he went through intermittent fasting for a month and a half before the scheduled photo shoot.

"Hindi kasi siya diet, e," he said. "It's an eating pattern. It really works for me."

Alden shared that he followed the 16:8 diet, a type of time-restricted fasting in which he spent 16 hours a day eating nothing. He was only allowed to consume unsweetened beverages like water, coffee, and tea during this period.

Meanwhile, the remaining eight hours was his feasting period where he could eat all his healthy meals and snacks.

But his goal then was to gain muscles for his role.

However, working on the prime-time telefantasya Victor Magtanggol made it difficult for Alden to keep his healthy lifestyle.

The series, which ran from July 30, 2018 to November 16, 2018, and his other showbiz commitments left no time for him to work out, and he struggled to maintain his healthy diet.

During this period, he seldom updated his Instagram account. By the time he returned from his short Instagram hiatus, his cheeks were noticeably chubbier and his double chin began to show.

On August 13, PEP.ph caught up with the GMA-7 star, and talked about his fitness journey, which took about a year.

Alden said maintaining his ideal weight was quite a challenge. He did not grow up a chubby kid, but one time he gained weight, he had a hard time losing the excess pounds.

He narrated, "I was really thin before and then, siyempre, I entered showbiz and naoperahan ako sa appendix.

"After that, I started gaining weight and lumaki masyado yung mukha. So hindi ko na nahabol sa diet. I really didn't know what to do e."

By November 2018, the Kapuso heartthrob had finished working on Victor Magtanggol and had gained twenty pounds.

To prepare for his role in Hello, Love, Goodbye, the Kapuso actor committed to a healthier lifestyle, starting with a fitness regimen he designed for himself.

He narrated, "I do a lot of supersets and high-intensity interval trainings, and I don't spend much time on the gym.

"Siguro mga an hour to an hour and a half kasi any more time exceeding that is muscle wasting na."

If he didn't have time to visit the gym, Alden would do his workout at home using his father's 20-year-old dumbbells.

In an Instagram post on July 18, he wrote, "How nostalgic to still have these dumbbells after 20 years. May sentimental value kasi sa tatay ko... #HomeWorkout"

All the hard work and sacrifice eventually brought Alden back to his ideal weight, and made him lose over 25 pounds in just a month and a half before he started filming Hello, Love, Goodbye.

With regard to his diet, Alden said he got more conscious of the things he would eat.

In his interview with Balitanghali, he shared, "When you say diet, yung hindi ka kakain, that's not really the way. You end up binging more and then, you tend you gain more weight.

ALDEN GETS RID OF HIS CHUBBY CHEEKS, TOO!

Getting rid of his chubby cheeks turned out to be difficult.

He was able to bring back his chiseled jaw line through Ulthera, a non-invasive procedure that lifts and tightens skin by using micro-focused ultrasound which stimulates the body's natural recuperating process.

He continued, "I've never really reached the goal that I wanted for my face, especially when I started working out.

"When I tried the Ulthera, yun lang yung game-changer for me. It's painless, has fast results, and I never knew na maa-achieve ko yung ganitong look.

Alden was among the celebrities who accompanied Dra. Vicki Belo and Dr. Hayden Kho at the Tala Awards held at Shangri-La at The Fort in Bonifacio Global City, Taguig. They accepted the trophy for being the number one provider of Ultherapy in the Philippines.