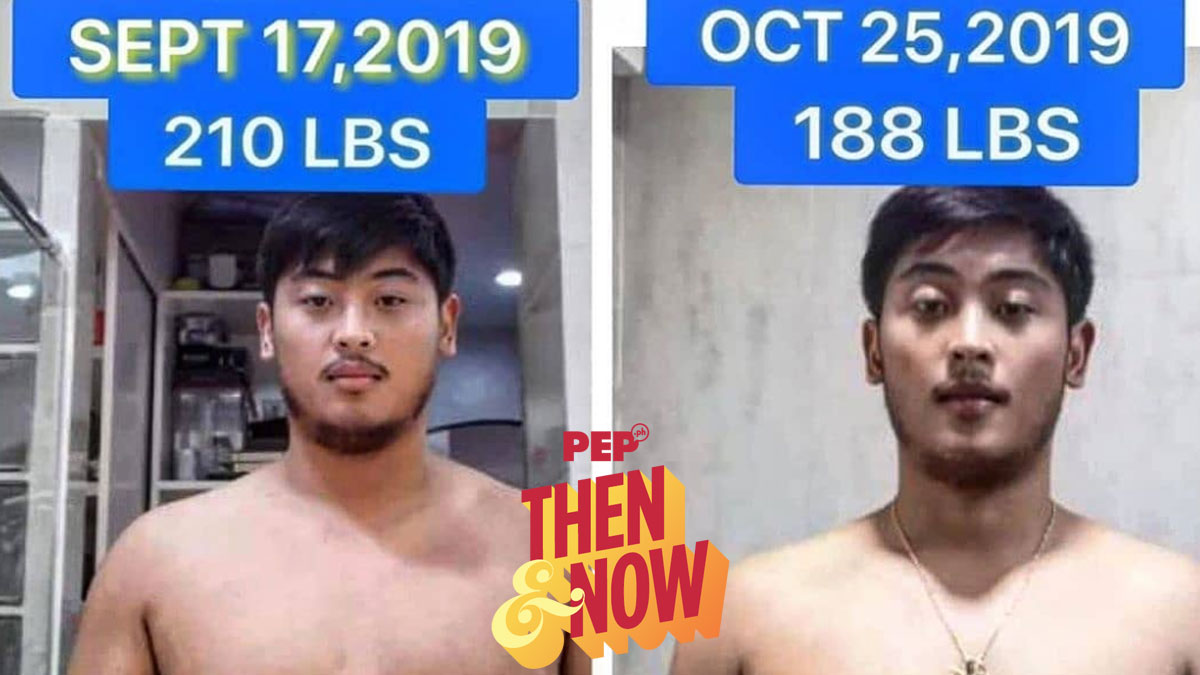 Gerald Sibayan has so far lost 50 pounds in three months. In an interview with PEP.ph (Philippine Entertainment Portal), he reveals his diet to lose weight.
PHOTO/S: @gerald_sibayan on Instagram

Ai-Ai delas Alas had only one condition when her husband Gerald Sibayan decided to lose weight: "Huwag iinit ang ulo."

Because Gerald decided to work out and follow a strict diet, the comedienne wanted to be assured that the latter will not cause mood swings.

Fortunately, the 25-year-old pilot successful achieved his fitness goal in three months. He has so far lost 50 pounds from his original weight of 240 pounds.

In an exclusive interview with PEP.ph (Philippine Entertainment Portal), Gerald revealed his diet to lose weight, particularly, what he had to give up.

The secret, he said, is "tamang diet," which had the "wastong guide ng coach."

He had to give up though on "sobra-sobra na chocolate and chips."

According to Healthline.com, potato chips are very high in fat, refined carbs, and salt. Along with French Fries, they make you overeat.

They are also high in calroies. Five ounces or 139 grams of French "typically contain about 427 calories."

White rice is extremely rich in carbohydrates and low in protein. And to lose weight, it is important to increase the intake of protein.

But if you can't easily give it up, nutritionists advised "eating only 50 to 150 grams of carbs every day."

Note that one-third serving of rice contains 80 calories, one gram of protein, 0.1 gram of fat, and 18 grams of carbohydrate.

Based on dietary guidelines, carbohydrates provide around 45 to 65 percent of your daily calorie intake.

But if you want faster results, go for 50 to 150 grams of carbs every day.

3. YES TO a high-protein diet!

For the past three months, Gerald had a white-meat diet.

He detailed, "One kilogram of chicken thighs for one day. Kapag sawa na ako, half kilo naman ng tuna fish."

Meanwhile, since Gerald had the discipline of a former athlete (he was a varsity player at De La Salle University for badminton), hitting the gym regularly was a much-easier task for him.

That plus his "sipag sa gym" helped speed up his weight loss.

He also acknowledged the support of his gym buddy, his wife Ai-Ai.

But the hardest part was when to start?

Gerald said he first went through the stage of acceptance.

Next, he chose the slowly-but-surely route.

He also stopped comparing himself.

Lastly and most importantly, he did not lose hope.

He intends to maintain it since "nasimulan ko na."

And what was the reaction of Ai-Ai to his much-leaner physique?

The Kapuso star reposted Gerald's before and after photo, and exclaimed, "kaw na talaga darl.. laban"