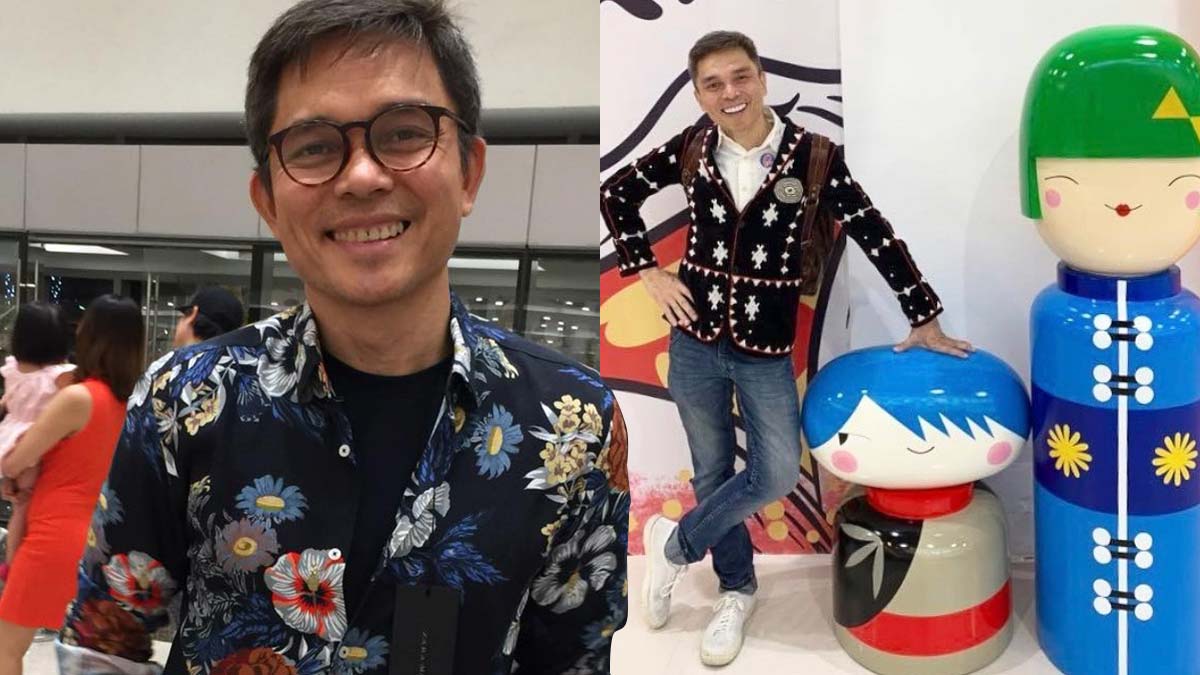 Artist and former TV personality Robert Alejandro says he is living the best years of his life after his successful battle with cancer. The former host of the defunct children's art program Art Is-Kool was diagnosed with colon cancer in 2016.
PHOTO/S: Robert Alejandro on Facebook / @robert_alejandro on Instagram

Robert Alejandro is a children's book illustrator, a former correspondent for the now defunct documentary program The Probe Team, and a former host of the early 2000's children's art program, Art Is-Kool.

In his years as an artist, Robert became a space designer for shopping malls, an art director for advertising agency McCann Erickson, and an instructor for various arts and crafts workshops.

Primarily, Robert is among the creative forces behind the popular stationery shop, Papelmeroti.

After all, he is the "ro" in the company's name.

But in 2016, Robert's life took a 180-degree turn when he was diagnosed with colon cancer.

Recalling that moment on the February 7, 2020 episode of ABS-CBN News DocuCentral program Local Legends, Robert says his initial reaction to the news back then was relatively calm.

"Dahil for more than 50 years—that's almost the whole of my life—meron akong depression and suicidal thoughts...

"Nung nagka-colon cancer ako, actually right then and there in the hospital bed when I woke up, I told myself: 'Okay, sandali na ang ako dito. Ayoko na.

One of the key decisions that Robert made after learning about his condition was skipping chemotherapy.

The 56-year-old illustrator explains this decision in a feature article published by ANCX this February 2020. He says the decision was made after recalling the cancer journeys of his brother-in-law and his mother.

His brother-in-law underwent chemotherapy after being diagnosed with skin cancer, but unfortunately passed away a month later.

For her part, Robert's mother who was diagnosed with tongue cancer chose not to undergo chemotherapy and continued to live on for seven more years.

With those two medical cases in mind, Robert made his stand against chemotherapy and chose a more holistic therapeutic approach, which he confided to his partner Jetro Rafael, a chef and restaurateur.

Jetro fully supports Robert. In fact, the chef carved out a cancer-fighting diet plan in the process and helped the artist live out a healthier lifestyle.

Robert tells ANCX, "Jetro studied everything he could about cancer. Cancer is the lack of oxygen. That's what makes it thrive.

"So, the food has to be alive, it has to be green. And he made it yummy!

"It's amazing that healthy food does not have to be bland."

Robert's cancer diagnosis is no doubt a wake-up call.

But instead of responding to it with heavy emotions such as resentment or regret, the Papemelroti product designer embraces it and even calls it a "blessing."

He tells ANCX in the same interview, "There are people who see cancer as a blessing. I'm one of those.

"I wanted to kill myself. But when I got cancer, I decided to enjoy myself."

The former McCann Erickson art director expounded on this standpoint in an interview with adobomagazine.com last September 2019: "I decided that I was going to make the most out of whatever time I had left and do all that I can to just enjoy it, to be happy.

"And that's when I realized how unkind I've been to myself my whole life—I used to hate myself, being my own harshest critic, never allowing myself to indulge and enjoy leisure, probably because I didn’t really believe I deserved it…

"I've learned to just take it one day at a time, to see the best of each moment and let go of the little things that I used to obsess about.

On top of this new mindset, Robert continues to choose life because of his passion for art.

Speaking on the ABS-CBN News program Local Legends, Robert relates that without art, he sees himself as nothing.

The illustrator says, "Isang rason kung bakit nagtatrabaho ako nang maigi, parang I saw value in myself through my work.

"I'm not very sure, but siguro may kakagawan na, at a very early age, I was gay, I was sexually abused, and sinabihan ako ng I will burn in hell... at an early age, ang tingin ko sa sarili ko may mali sa akin.

"You can't believe how much I hate myself...

"The moment I do art, I'm very happy. Iyong art ang nag-save sa akin dahil that was the only thing that was going right in my life...

"Everything that is ugly, all the bad things I have done. Mahal ko lahat.

"And then I don't care what other people will say. If I'm bad or going to burn in hell, I don't care.

"I'm going to live the best years of my life."