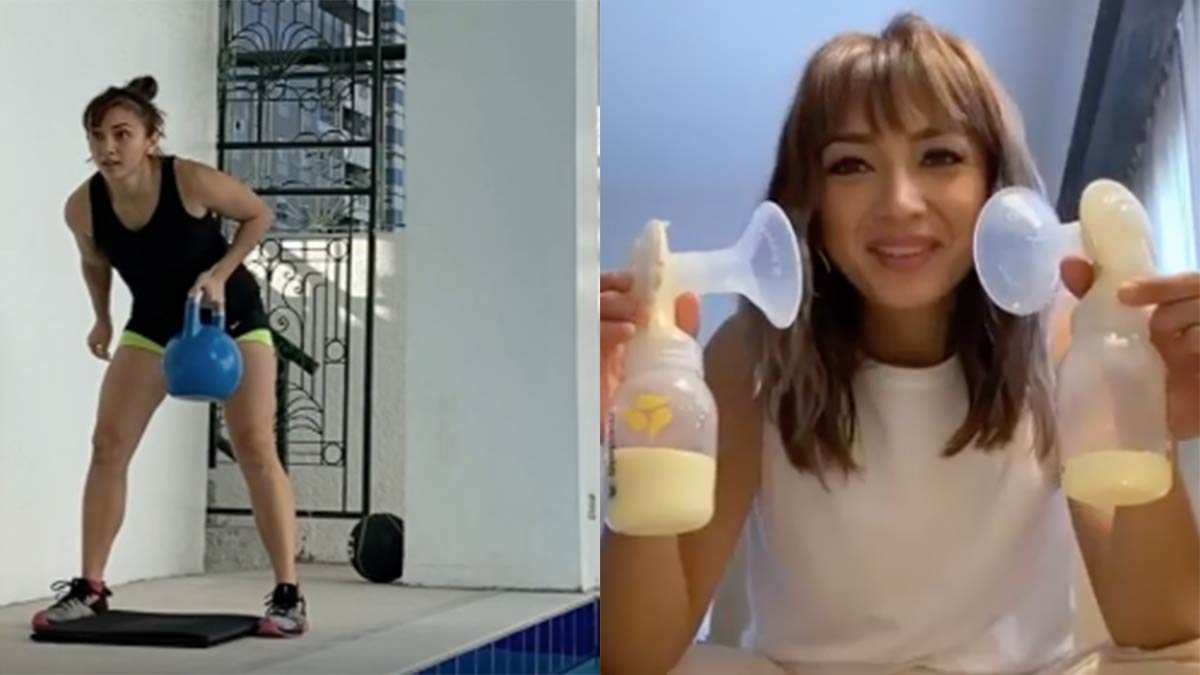 Iya Villania shows her 16-minute AMRAP workout to her Instagram followers while she's pregnant with her third child.
PHOTO/S: @iyavillania on Instagram

Pregnant Iya Villania continues to exercise, and even keeps track of her fitness routines.

On March 6, 2020, she posted on her IGTV a video of her doing a 16-minute AMRAP workout, which means "As Many Reps/Rounds As Possible."

According to Women's Health, AMRAP workout "involves doing as many reps or rounds (of a pre-established circuit) as possible."

These exercises, she explained, strengthen her lower back, where she first felt a muscle strain.

In the caption, she told her followers, "16min AMRAP—For legs, lower back, arms.

"Do continuous work for 16mins! Aim for 6-8 rounds :) During this pregnancy I’ve made a conscious effort to add exercises to strengthen my lower back since it’s where I first feel muscle strain when pregnant due to the added weight in my belly

"For those asking, AMRAP is As Many Rounds As Possible"

Iya replied, "Because it’s a difficult journey I want to keep track of :) to inspire and inform other buntis mamas :) okay lang po ba?"

Prior to this post, Iya has been posting her AMRAP workouts.

IS IT OKAY FOR IYA TO EXERCISE WHILE PREGNANT?

She has been asked this question many times, and she has repeatedly assured her followers that it is okay for pregnant mom to have an active lifestyle.

Back when she was pregnant with her firstborn Primo, she said in her April 2016 interview with PEP.ph (Philippine Entertainment Portal) that she was still running, biking, swimming, and even doing weights.

In March 2018, while pregnant with her second child Leon, she reiterated in her Instagram stories that it is okay to work out, and even do some weightlifting.

She wrote, "Yes! It is safe to continue your workout while pregnant.

"Unless you have complications with your pregnancy and your doctor advises for you to rest, then it is safe.

"Get the go signal from your doc! Don't be afraid to move!"

It was on January 31, 2020 when Iya announced her third pregnancy.

The announcement video, which also featured her husband and husband Drew Arellano and their sons Antonio Primo, 3, and Alonzo Leon, 1, was taken on Christmas day, December 25, 2019, in Australia.