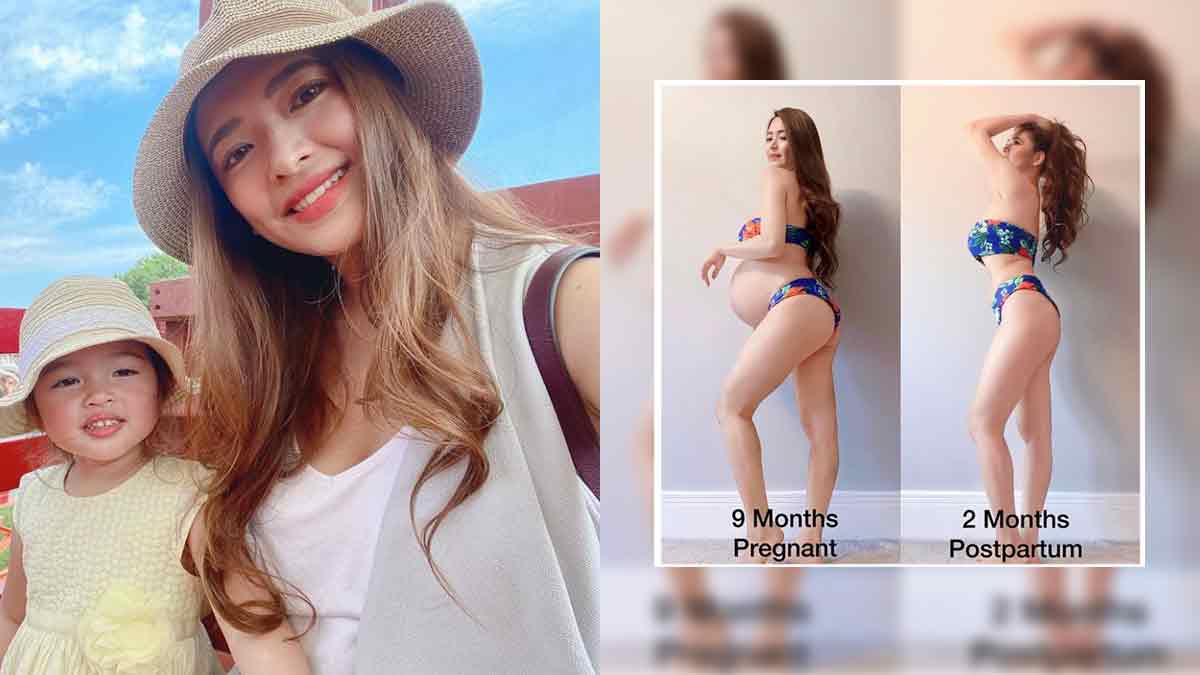 Bangs Garcia, seen here with her first daughter Amelia, muses on the wonders of working out before, during, and after pregnancy. For her, being a "fitness freak" helped her stay fit through two pregnancies.
PHOTO/S: @valeriebangsgarcia on Instagram

The 33-year-old star posted a before-and-after photo on her Instagram account, showing what her body looked like nine months into her pregnancy and two months postpartum.

The secret to the quick transformation? Being physically active before, during, and after pregnancy.

The former actress said in her caption (published as is), "Working out on your path to pregnancy & during pregnancy does wonders for you & your future baby!"

A self-confessed "fitness freak" from 2014 to 2016, Bangs said her obsession with fitness paid off when she became a mother in 2017.

For one, working out prepared her body for the physical demands of carrying a baby, before and after pregnancy.

The celebrity mom said, "It's a great idea to get a fitness routine in place before you get pregnant, so you'll have time to strengthen your arms, back, hips & legs so you can carry your baby around with ease."

Bangs went on to enumerate the additional health benefits of being fit before pregnancy: "It will help boost fertility, lower weight gains, decrease the risk of developing gestational diabetes & high blood pressure during pregnancy, and all the potential complications associated w/ these diseases."

She also encouraged moms-to-be to stay active during pregnancy.

"It's also not bad to exercise moderately during pregnancy because it'll help boost your baby's brain development & heart health," she said.

"You don't necessarily need to go to the gym, you only need to stay active throughout your pregnancy even if it's just walking in the woods, gardening or housework, anything that gets your heart pumping most days of the week."

The mother of two admitted it has been challenging for her to re-establish a fitness routine after having kids, especially since she is still recovering from delivering her second baby via Caesarean section.

Still, she is thankful that she worked out before and during her pregnancies.

She said, "My muscles stayed intact. As soon as I delivered, my muscle memory took over & my body remembered how it used to look like.

"Our bodies change over time though, it takes a while to get close to our prepregnancy shape & size whether we've worked out or not."

For now, as a mother, her fitness routine includes doing household chores, walking in the park, and taking care of her daughters.

Breastfeeding has also helped her lose the baby weight.

Bangs, husband Lloydi Birchmore, and their daughters Amelia and Isabella are based in the U.K.

Get promos and discounts when you shop online using this Shopee Voucher.