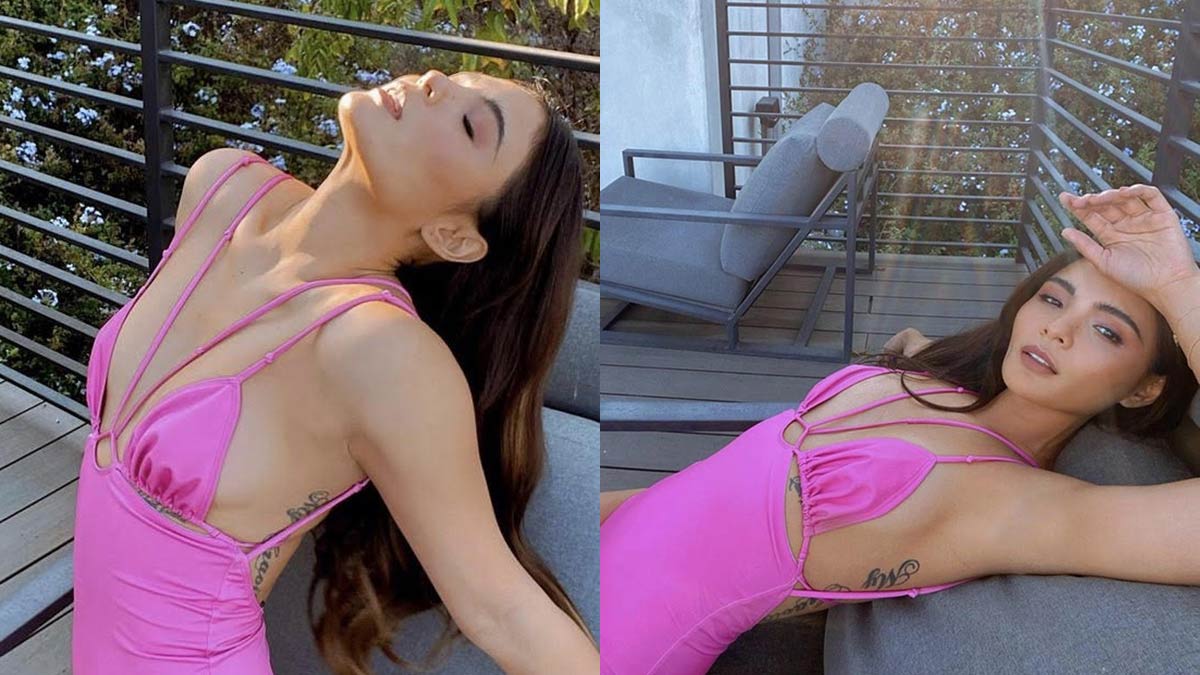 Netizens are reacting not only to Lovi Poe's sexy "flat and proud" swimsuit photo, but they are also asking her if she is the Kapuso actress slated to transfer to ABS-CBN.
PHOTO/S: @lovipoe Instagram

Actress Lovi Poe, 32, reminds flat-chested women that there is no fixed standard for being sexy and it's all about being comfortable with one's body.

In her latest Instagram post, Lovi looks flaming hot in her skimpy one-piece swimsuit as she soaks up the California sun.

She also tilts her body to show off her sexy "My Gravity" tattoo on the right side of her lean body. 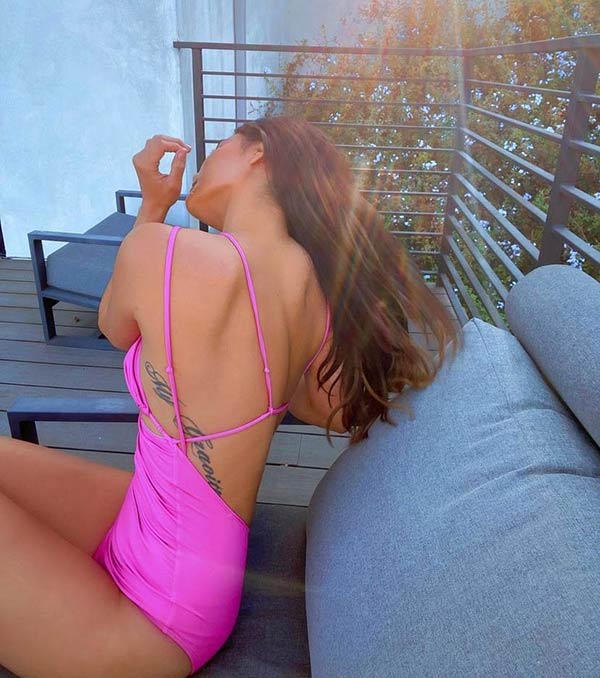 Her short but body-loving caption reads, "Suit yourself if you think otherwise: #FlatAndProud [swimsuit and heart emojis] A little louder for the people at the back." 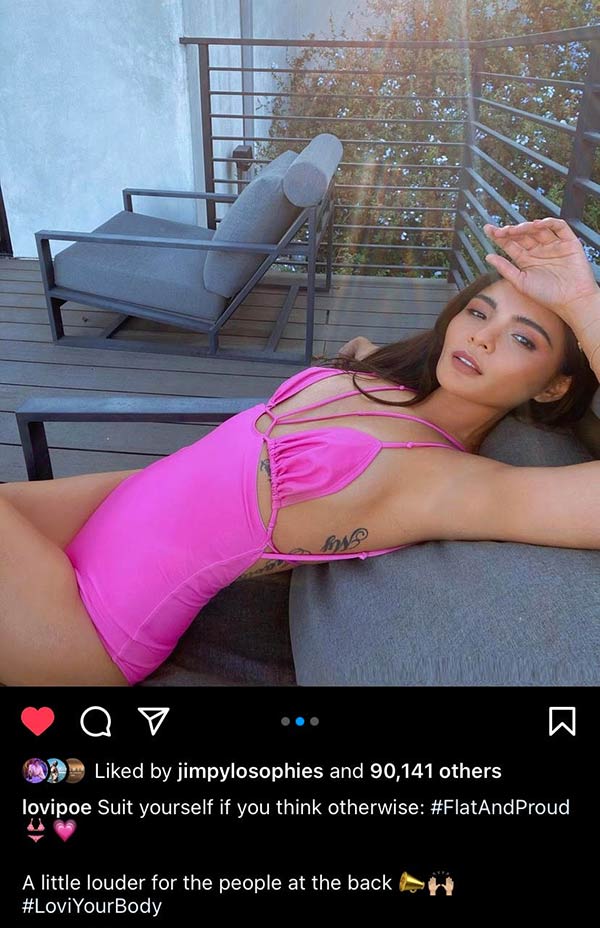 From the looks of her photo, Lovi seems to be lounging by the pool in her boyfriend's Los Angeles home with a beautiful view of surrounding hills.

Many of Lovi’s Instagram followers agree that she looks good in her pink swimsuit.

Some of them also love how her long-time tattoo complements her slim physique. 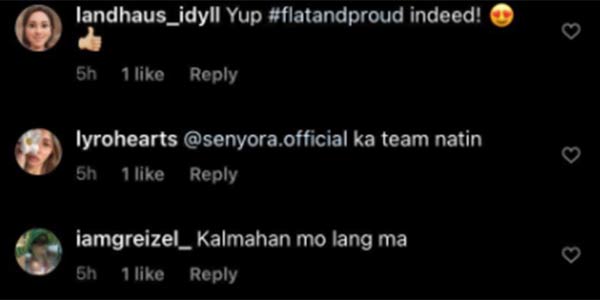 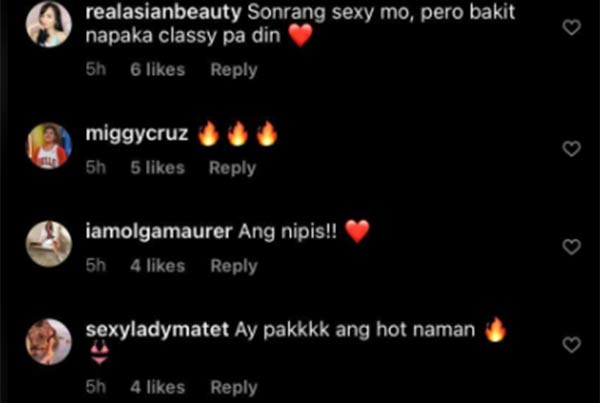 It is interesting to note that netizens are also welcoming her as the “newest Kapamilya” even if she hasn’t officially announced that she is set to transfer to another network.

Others are asking her to remain a Kapuso. 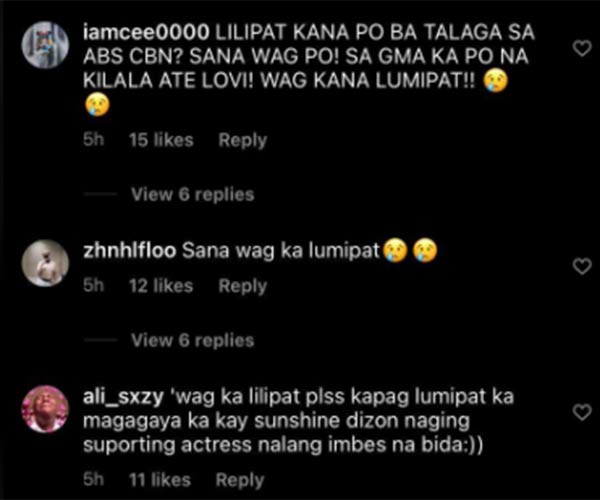 Apparently, the netizens' speculation came up following a blind item on PEP.ph (Philippine Entertainment Portal) about a loving Kapuso actress who is set to transfer to ABS-CBN.

Lovi was last seen as the lead actress of the prime-time series Owe My Love, which was aired on GMA-7, her home network since 2006.

She has yet to sign a contract renewal since her network contract reportedly ended in July 2020.

There was no official word about her signing up with GMA again, as of her interview in July 2021.

Meanwhile, the 32-year-old actress returned to California in mid-August.

On August 25, following a report from Deadline, Lovi confirmed that she landed a meaty role for the international film The Chelsea Cowboy.

It is a biopic of John Bindon, an English actor and notorious figure in the London underworld.

Lovi's IG caption read: "The film is a biopic based on the life of actor, gangster and lothario John Bindon. I’ll be playing blues British singer Dana Gillespie!"