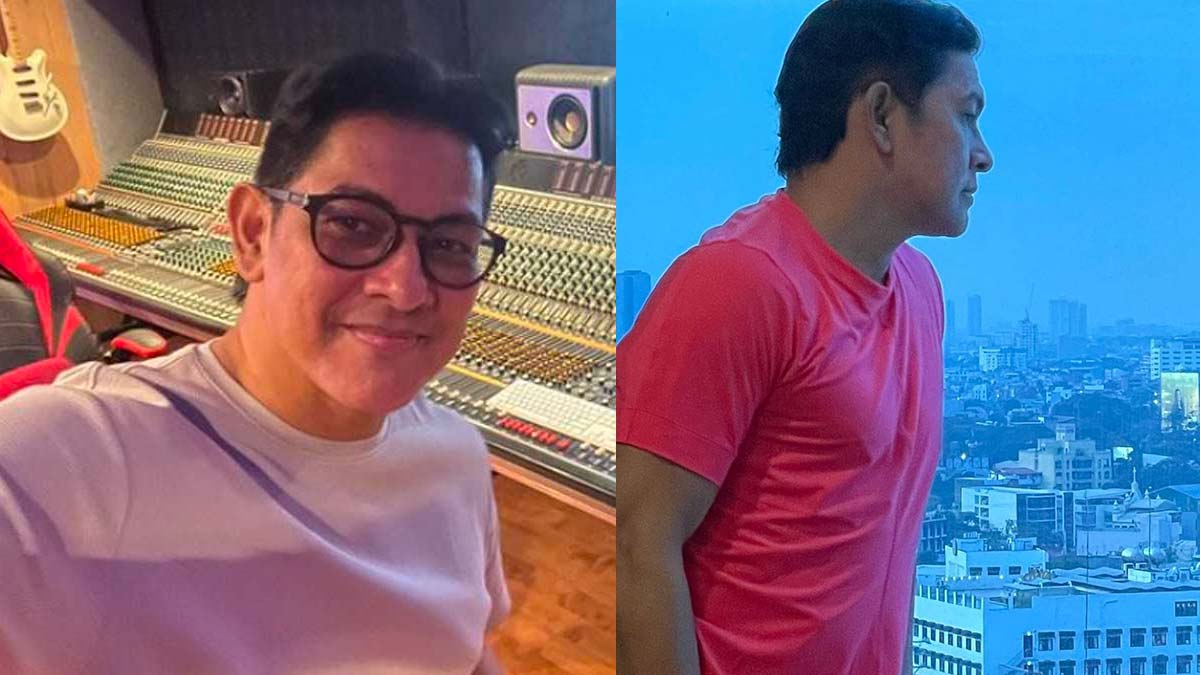 In an Instagram post on Wednesday night, October 7, 2021, Gary Valenciano revealed that he's now on his way to recovery after contracting dengue fever.
PHOTO/S: @garyvalenciano on Instagram

"Mr. Pure Energy" Gary Valenciano is grateful to be recovering from dengue.

In an Instagram post on Wednesday night, October 7, 2021, the 57-year-old OPM icon revealed that he was confined in the hospital after contracting dengue fever.

Gary had to stay in the hospital for about two days, since Monday afternoon, October 5. The singer, however, did not mention any other details of his hospitalization.

He wrote the in the caption: "I just wanted to share the goodness of the Lord with all of you. I’ve been here in the hospital since Mon PM due to dengue fever.

"But He took care of me yet again and now I’m headed home. The Lord has left me speechless once again. I Love you Jesus! #undesevring #unmerited #favoroftheLord #Godissogood" 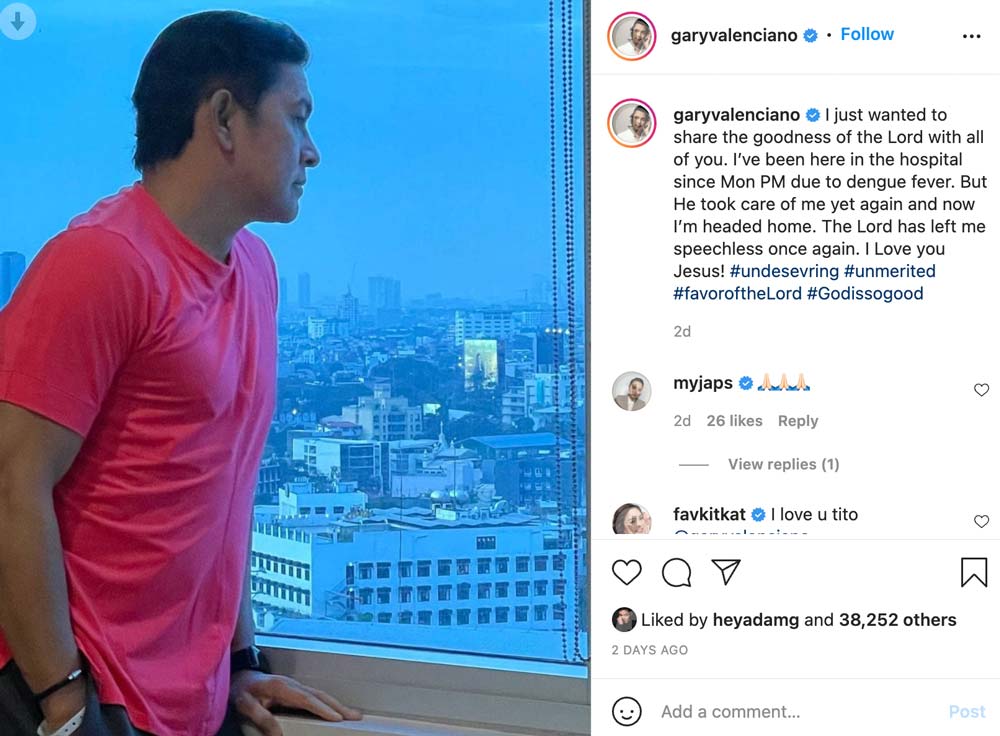 Celebrities sent their regards and left their prayers for the ASAP singer in the comments section of his post.

Among those who left comments was Iza Calzado. She wrote, "Payers for you Tito Gary [heart emojis]"

GMA-7 morning show host Lyn Ching was also happy about Gary's road to recovery and commented, "Blessed be that you are back to health @garyvalenciano" 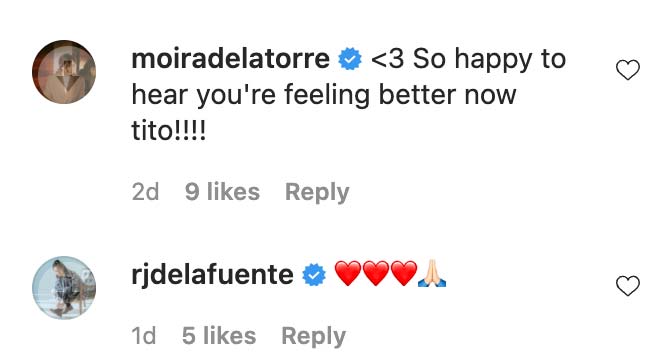 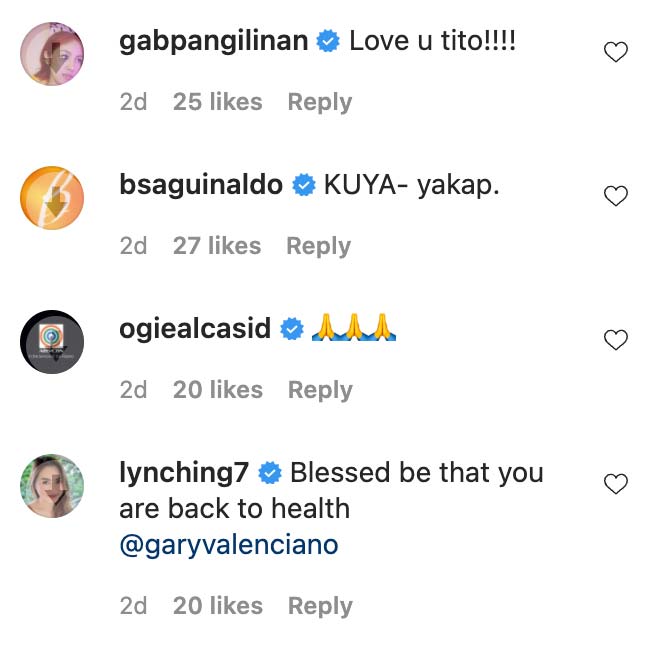 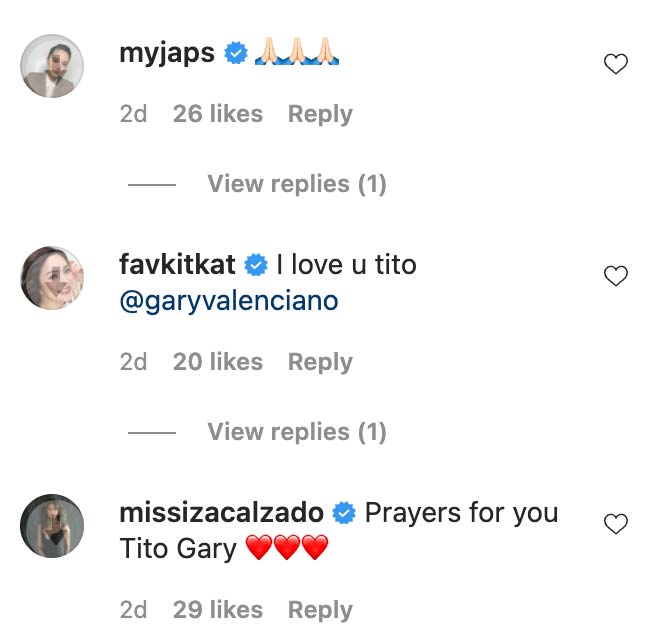 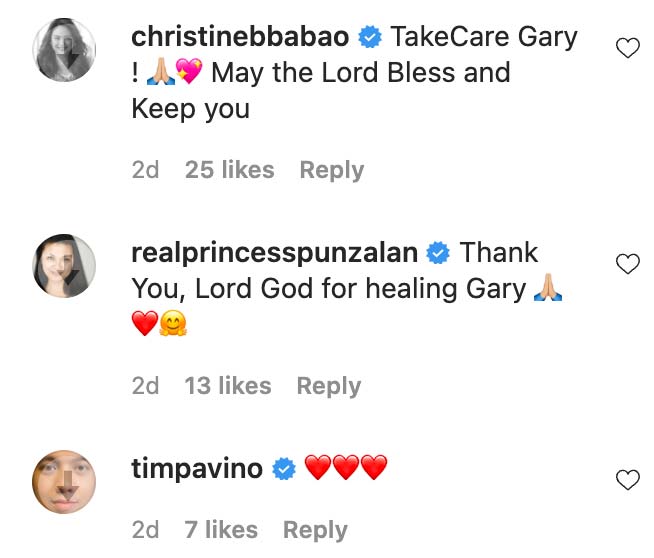 Early this year, fans of Gary were worried about his health situation after revealing on social media that his sugar level was “dangerously high.”

On February 16, 2021, Gary took to Twitter to announce that he was feeling so much better and thanked everyone who showed concern and prayed for him.

He wrote, "Woke up early today feeling much much better!!! Thanks to all who showed concern. Sugar was at 104 a while ago and that’s perfect!

"[emojis] Fellow diabetics, type 1 or 2, please never stop taking care of yourselves k? God bless you all. Thanks again everyone."

Gary was only 14 when he started his battle with type 1 diabetes.

In May 2018, his biggest challenge came when he underwent an emergency heart bypass surgery due to a blocked artery.

A few weeks later, he underwent another surgery to remove a part of his kidney that was discovered to be cancerous.