Gary Valenciano gets real about battle with diabetes 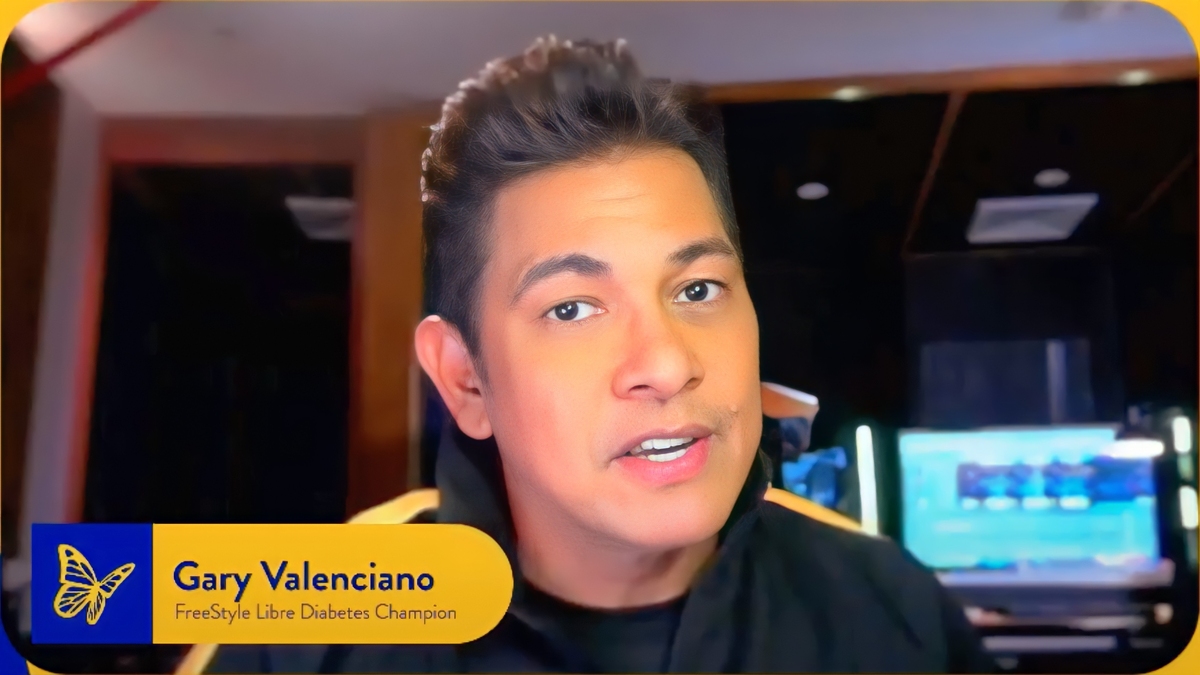 Mr. Pure Energy Gary Valenciano shares a new method that helps him significantly in his fight against diabetes.
PHOTO/S: Abbott

For many years, the treatment and control of diabetes has always ranked high among the country's major health problems.

The challenge to find and maintain proper diabetes care and management spares no one—not even well-known figures like Mr. Pure Energy Gary Valenciano, who has been diagnosed with Type 1 diabetes since he was 14 years old.

In a webinar last September 14, 2022, the 58-year-old performer opened up about what it's like growing up with the disease, and which interventions have worked best in managing it.

"I was diagnosed with it. I was fourteen years old. My sugar level hit 700-something plus. At least during my time, from what I know, the normal level goes from 80 to 120," Gary shared.

Read also: Gary Valenciano talks about his battle with diabetes in "I Survived"

"I don’t know if that has changed because a lot has changed. But when I’m within that level, I’m fine."

As any diabetic would know, a crucial part in regulating treatments accordingly is to frequently measure their glucose level.

Regarding this, Gary expressed how difficult it was for him to track his blood sugar even before the finger-prick test was made available.

He revealed, "I actually felt like a chemist because there was no such thing as finger-pricking for blood. It was done with a test tube, a tablet, and urine.

"Then, I would have to gather a few drops into a dropper, then drop it in. I would have to determine how high or low my sugar was depending on how the tablet inside would respond.

"So, if it was a tan-colored thing, I forgot if that was high or low. But that’s what it would show. It was more or less a guessing game to see where I was at."

When finger pricking finally became a thing, the singer-songwriter narrated how it bad it got for him that eventually, the skin on his fingertips would start to get thick from callouses.

"When I would actually need to use my fingers for the touchscreen later on, sometimes, it would not recognize that. So, I had to use another set of fingers in order to do that," he said.

Finally, Gary found the life-changing solution for him which he plans to promote among fellow Filipinos who are going through the same dilemma.

He recalled the moment fellow OPM singer Ogie Alcasid brought up the concept of a continuous glucose monitoring (CGM) device that has been effective in helping his diabetic daughter Sarah Alcasid.

While Gary admitted to being initially skeptical, he eventually gave the Freestyle Libre CGM device a try. It didn't take long before the television host fully committed himself to this method of tracking his blood sugar.

"When the technology started advancing, which I am so thankful for, all the more it spurred me on to carry on the advocacy in helping Filipinos living with diabetes," he said.

"My advocacy is to provide medical assistance to Filipinos with diabetes through the Shining Light Foundation."

Freestyle Libre CGM consists of a discreet sensor that provides up to eight hours of glucose history. It is water resistant and can even scan through clothing.

Gary demonstrated the steps to use it which starts with wearing it on the back of the upper arm with the applicator, doing a painless one-second scan, and simply reading out the results, and observing the trend arrow that indicates where your glucose is heading.

Finally, Gary affirms, "Science provided these things to make dealing with diabetes easier, but it’s also my faith that kept me going, not to mention observing the proper diet and taking regular exercise."