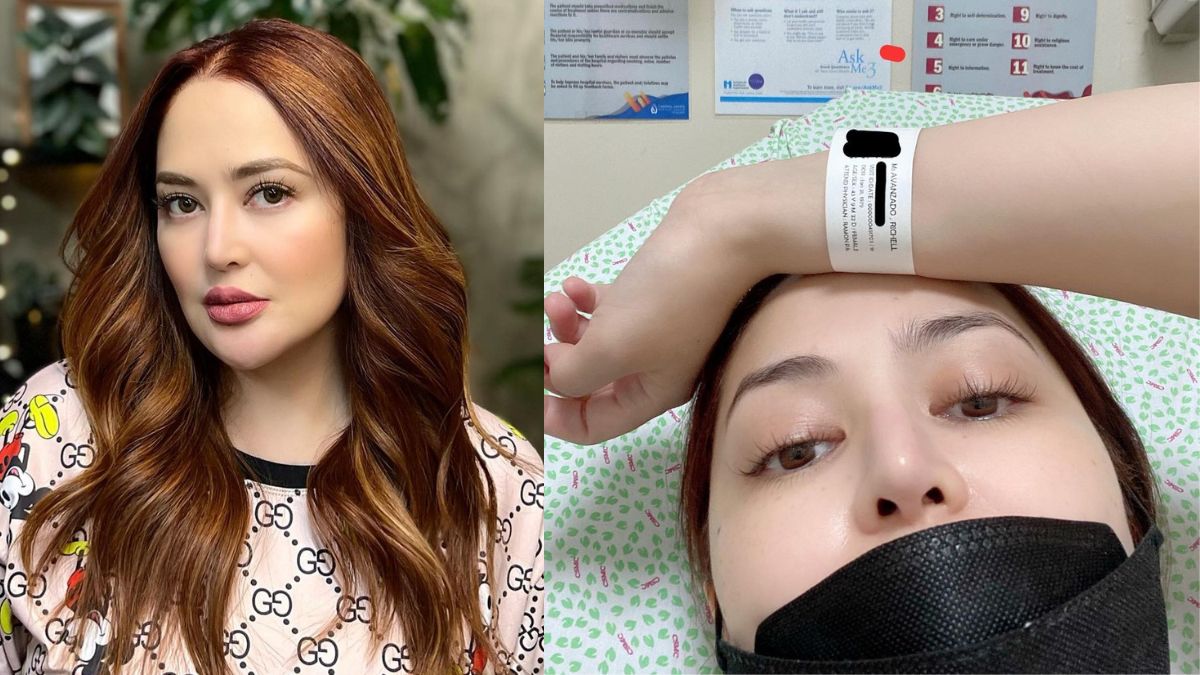 Jessa Zaragoza was rushed to a hospital in San Juan City after experiencing severe stomach pain that turned out to be acute gastroenteritis.

According to Calamba Medical Center.com, acute gastroenteritis, known colloquially as a stomach bug, is "an intestinal inflammation following an infection that affects the mucous membranes present in the stomach and intestine."

This condition, in the vast majority of cases, may be caused by a virus a bacterium.

On Wednesday, November 23, 2022, Jessa recalled the incident via an Instagram post that showed her selfie taken at the emergency room of the Cardinal Santos Medical Center.

“[Hin]di ko na keri! So, we went straight to the ER at Cardinal Santos. Turns out it was Acute gastoentiritis with Mild dehydration.

“The pain was no joke. They had to rule out if it was pancreatitis, because of the region of where the pain was coming from was a cause for concern for that.”

What caused it? The Sing Galing host blamed the pasta.

Her stay in the hospital was brief, but it affected some of her showbiz commitments.

“I have to get better first. Sana as soon as possible.”

Meanwhile, in the comments section of Jessa's post, her fans and celebrity friends hoped for the singer's fast recovery. 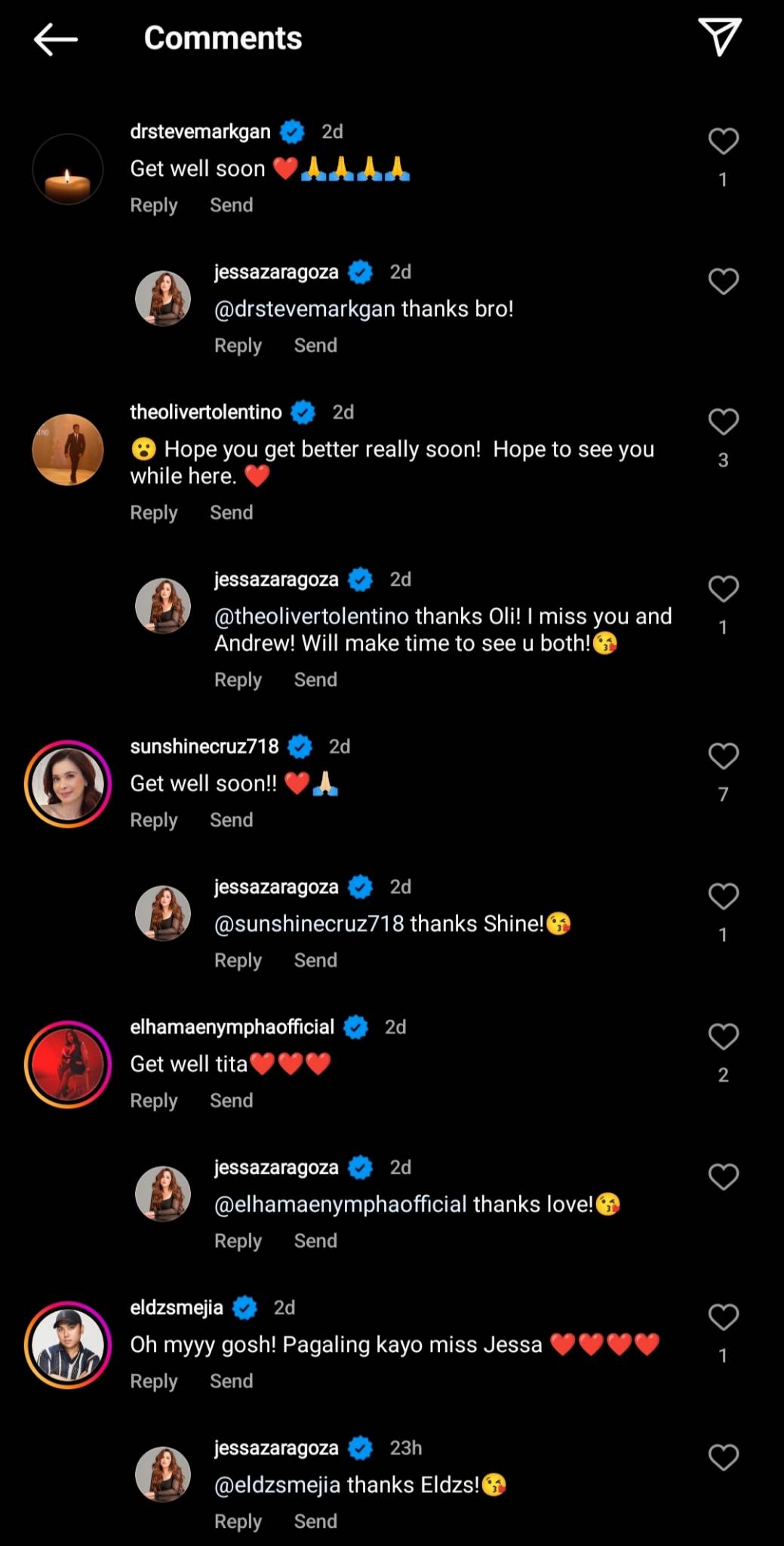 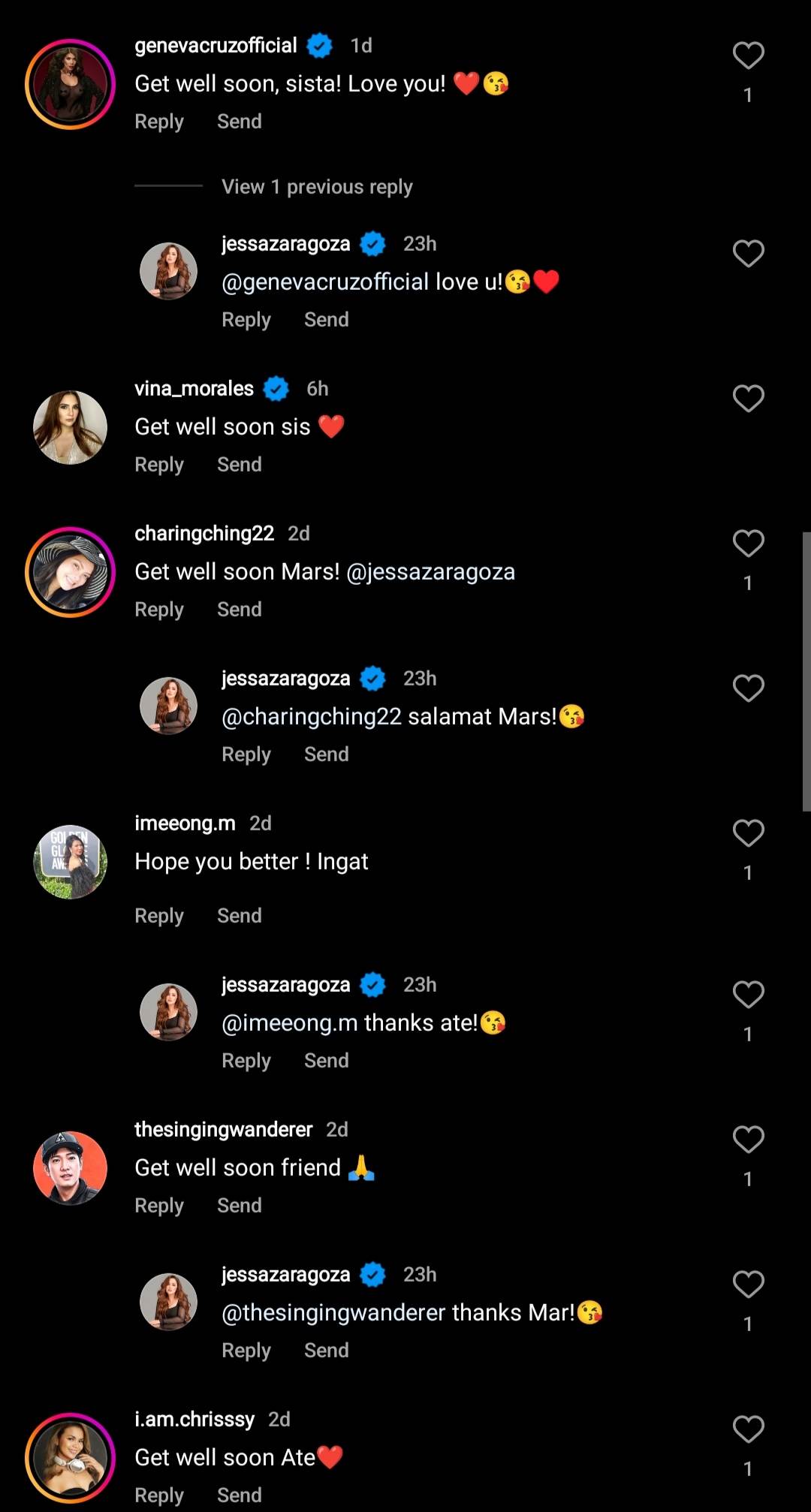 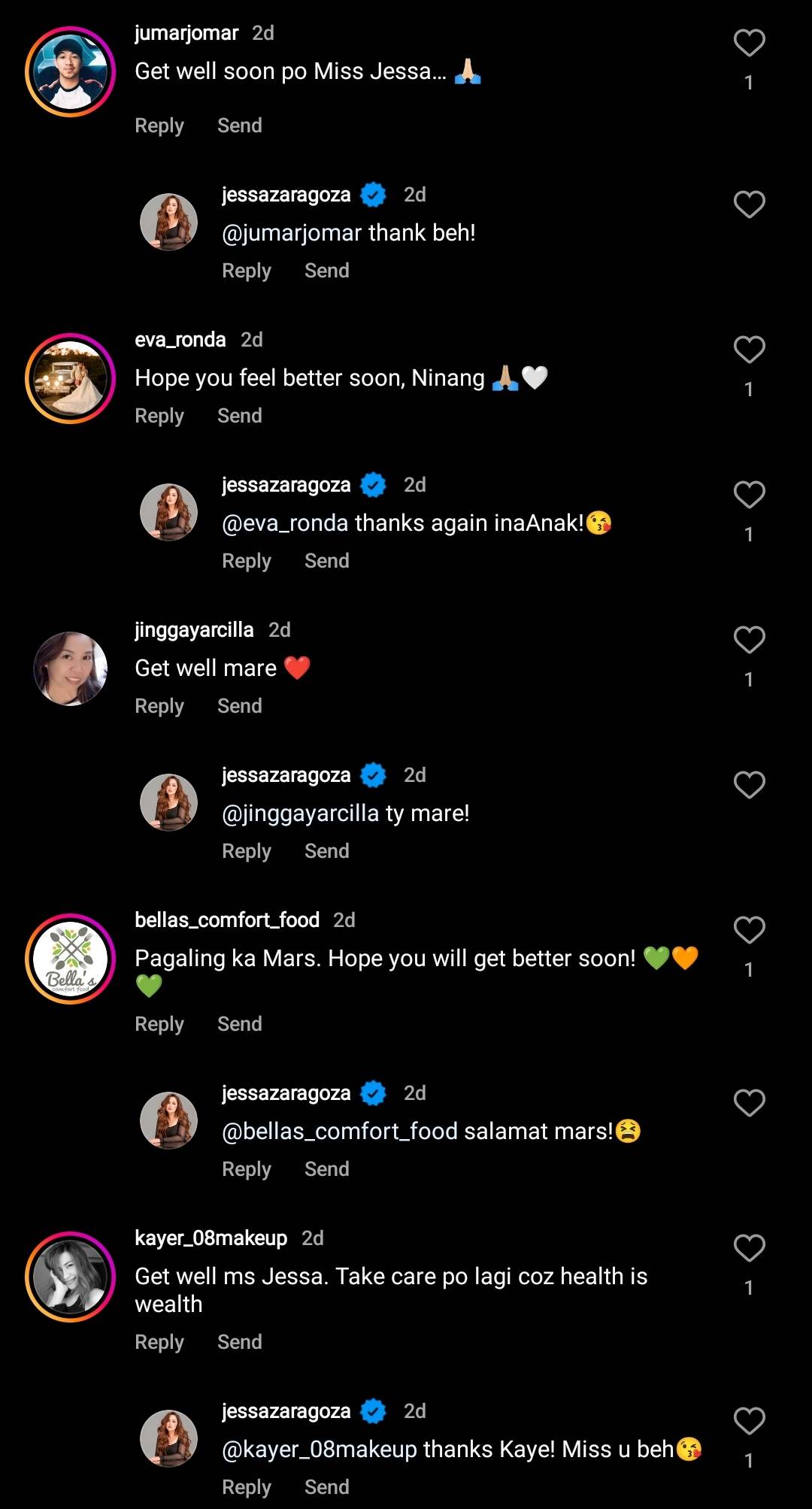