"You have to be conscious about yourself. Look at yourself, pause, and then evaluate. Nagbabago na ba ako because of the things that's happening to my life?"

For the longest time, Alden Richards had wanted to buff up, saying to himself, "Magpapa-abs ako, magpapaganda ng katawan."

But, always, he would end up frustrated, "Ang taba-taba naman."

Understand that even before he started going to the gym in the third quarter of 2017, Alden was already established as an A-list actor, TV host, recording artist, concert performer, product endorser, and restaurateur.

He has every reason to be concerned about his physique, notwithstanding his boyishly handsome face, dimples and all.

He was quite a sight when he turned up looking ripped and fit for PEP.ph Headliner photo shoot.

And after doing several layouts, including a few without his shirt on, even Alden himself was surprised. 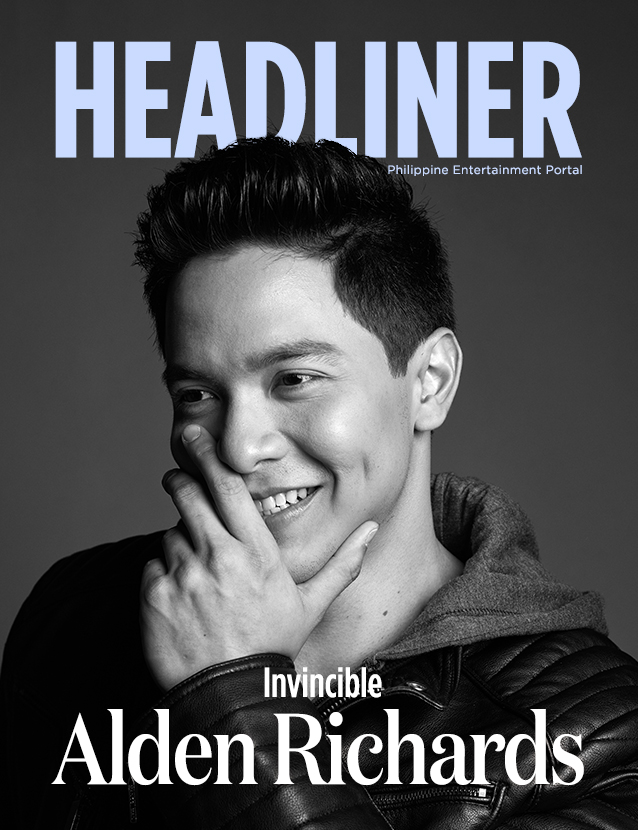 To reach his fitness goal, Alden committed himself to work out at the gym every morning before going to the noontime shows that he is part of: Eat Bulaga! from Monday to Saturday and Sunday PINASaya every Sunday.

After work and other showbiz-related activities, he goes back to the gym if he still has the time and energy.

Alden works out for one to two hours, and tries out different exercise routines.

Aside from his regular gym workouts, he has been going through intermittent fasting that he began about a month and a half before our scheduled photo shoot and interview.

"Hindi kasi siya diet, e," he explained. "It's an eating pattern. It really works for me."

Alden follows the 16/8 Method, which finds him fasting for 16 hours and feasting for the remaining 8 hours.

During his feasting period, which lasts from 12 noon to 8 p.m., he eats anything he wants: meat, rice, fast food, and all other scrumptious cravings.

According to him, at 8 o'clock in the evening, he stops eating: no edible reaches his mouth except water, black coffee or plain tea.

He flashed his trademark bedimpled smile when asked if he'll be showing off his now hunky physique in his projects.

He pointed out though that he was not aiming for an ideal weight but an ideal body, which he described as lean and muscular. 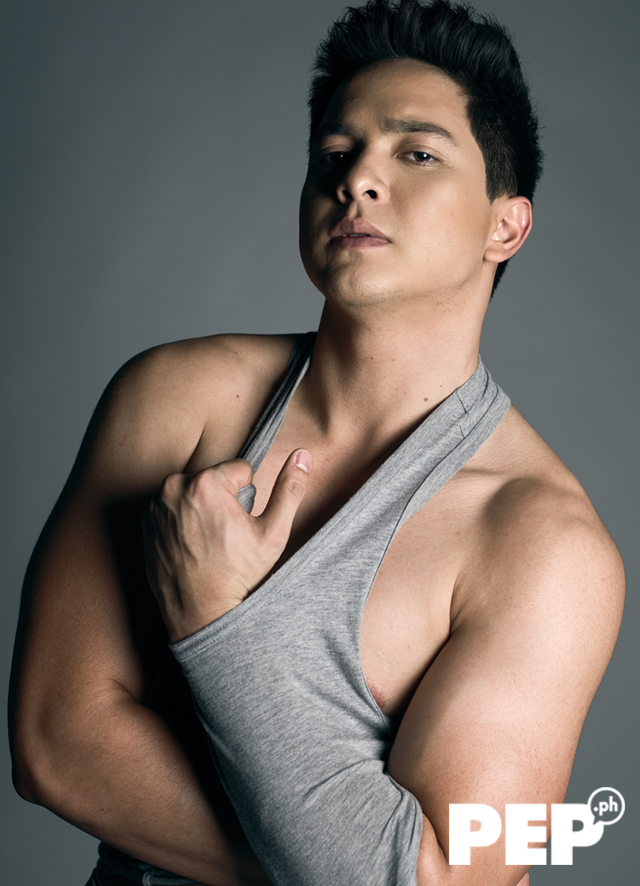 More than getting himself in the right shape, though, Alden has invested heavily in sharpening his acting skills to prepare himself for the challenging roles he'd like to tackle in the future.

Alden first studied under Bova in August 2017, when the acting teacher was invited by the GMA Artist Center to conduct a three-day workshop for some of its stars.

"The key aspect of the workshop is to know yourself," Alden said of BAW.

Its website describes the method as being heavily influenced by the Eric Morris System of acting.

"So kumuha po ako ng few sessions dito as a group, then, doon ko po nakita how effective Anthony Bova is in terms of teaching the craft, the method.

Grinning, Alden answered in the affirmative when asked if the workshop had cost him a lot.

The earnest student happily reported that he was able to fulfill the requirements of his exacting teacher.

"He was very impressed," Alden said about Bova's assessment of his performance.

"Anthony Bova gave me another point of view in acting, in the craft.

"Pero attending his one-on-one workshop gave me another point of view."

Alden related that after the session, he treated Anthony to a dinner.

"Parang we're learning so much.

Alden has been so into Anthony Bova's method of teaching that he intends to fly back to New York and take up more acting classes. 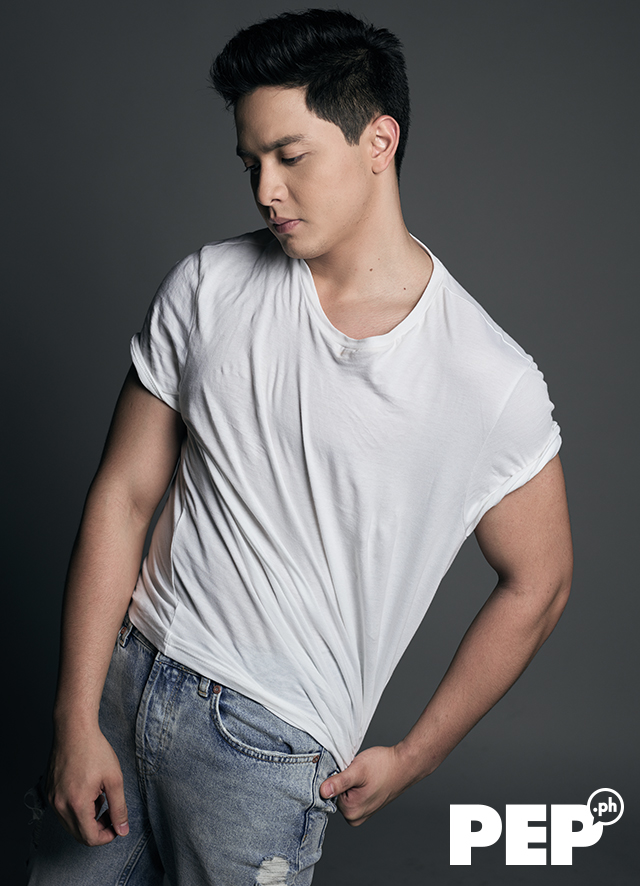 Meantime, he continues his acting studies through Skype and looks forward to Bova's next visit to the Philippines for the showcase featuring students from the workshop organized by GMA Artist Center.

"Anthony makes us write," the actor said of the acting coach who had also taught at Tisch School of the Arts at the New York University (NYU), the Lee Strasberg Theater Institute, HB Studios, and the New York Film Academy.

"It's always about acknowledging the feelings, e. Acknowledge mo na you have this feeling para magagamit mo siya as tools."

Alden declined to share the stories he wrote for those exercises.

"Kasi medyo may certain darkness ako na I never knew I could use to things, to write, to act."

Nevertheless, the widely popular and likeable Kapuso star opened up about that "certain darkness" in him.

"We wear masks every day. So parang iyon iyong tinuturo, na those personalities can be used to my work as an actor."

Alden cited the one acting challenge he wanted to sink his teeth into, something akin to what Scottish actor James McAvoy tackled in the 2016 film, Split, a kidnapper diagnosed with having multiple personalities.

"Ay, grabe iyon!" he exclaimed, "Kasi sabi ni Anthony, the audience will be at the edge of their seats if they see you, the actor, at the edge of your seat as you perform.

"Dapat when you do roles and projects, kailangan nandon iyong kaba... How are you gonna twist it?

"I love acting so much that's why I am willing to do whatever it takes to be a better actor," he said.

"I am sure the supporters, the real supporters, and fans will understand the gravity of whatever I am doing as an actor." 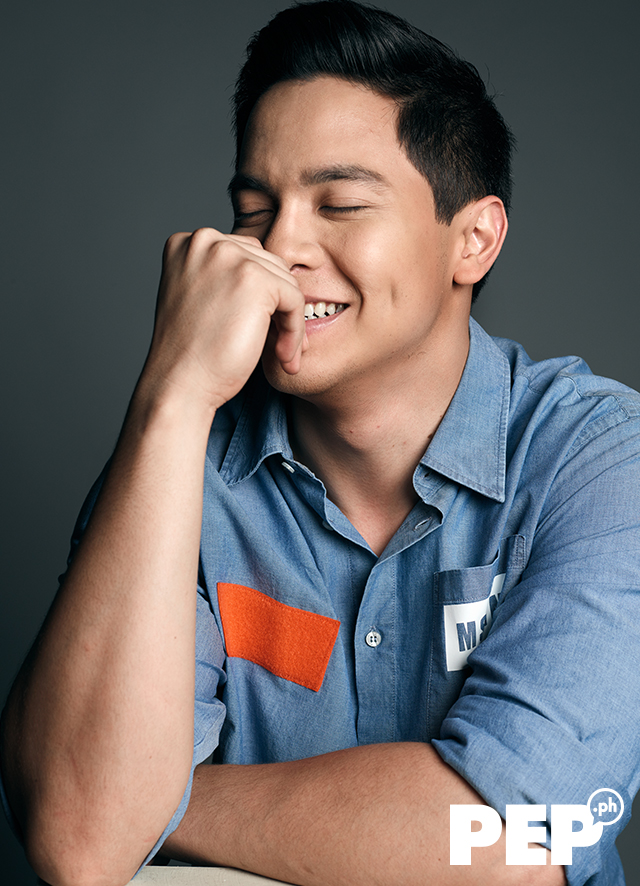 It's been seven years since Alden, who tried to join the 2009 edition of GMA's reality TV talent search StarStruck, launched his acting career via the 2011 Kapuso teledrama Alakdana.

Today, he's ready to step it up.

"There's so much to learn, so much to do," he said. "Hindi lang naman sa showbiz, but sa lahat ng trabaho, kailangan you always find a motivation to be better, always one step higher than what you were before."

Addressing his fans, he added: "Hindi naman dapat pabalik tayo lagi, so they will understand that."

The silver medal won by Alaala--a martial law docudrama produced by GMA News and Public Affairs in which he played the role of tortured writer Bonifacio Ilagan--at the 2018 New York Festivals TV and Film Awards last April has gotten the actor all pumped up.

He recalled accepting the award with GMA program manager Joy Madrigal at the awarding ceremony held in Las Vegas, Nevada, U.S.A., with much pride and honor.

"Ibang-iba iyong feeling na Filipinos get recognized internationally," he beamed. "It's something to be proud of po.

"And you tend to parang wanna do more, na you see the potential of Filipino craftsmanship in terms of telling stories, regardless kung news, entertainment, drama, na kaya natin to compete outside of our country."

"Yes, levelling tayo," he hastened to add about Philippine TV and movie productions being on a par with the world's best.

"We are capable of so much more than we could imagine. Siguro minsan lang hindi natin maiwasan iyong...

"Pero with our work, with the works na mga nare-recognize such as this, iyong New York Festivals, parang it gives us more confidence."

He then remembered telling the Alaala team: "Gawa po tayo ulit para we can have it compete to different festivals around the world.

"Iba po talaga iyong experience when I was there."

Alden also couldn't forget standing side-by-side with GMA news anchor and TV host Jessica Soho as they presented medals to other winners at the Asian Television Awards presentation in Singapore some two years ago.

"Hosting naman..." he said with a hint of pride that he was handpicked to host the event. 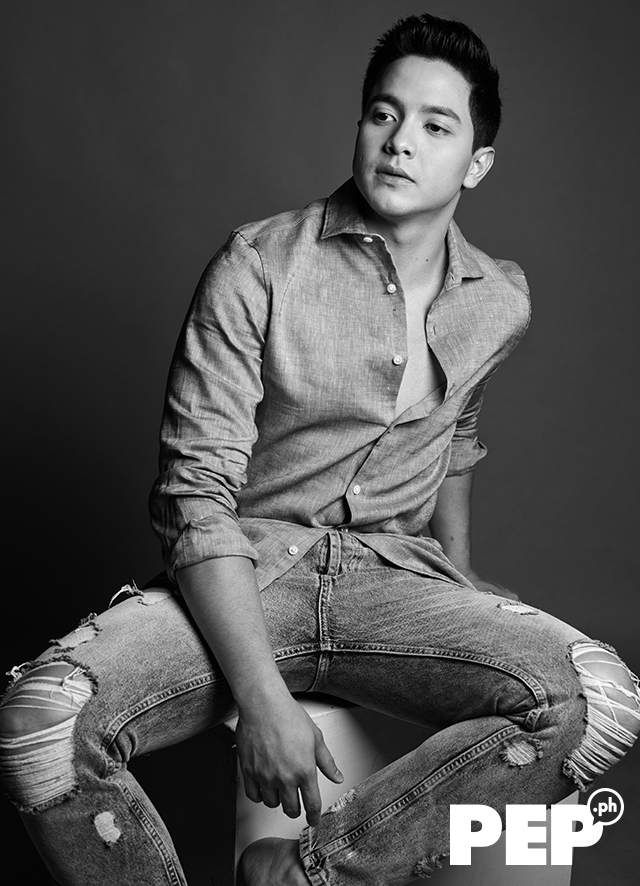 In 2015, Alden's career was catapulted to stratospheric heights with the birth of AlDub, the love team built around him and his Eat Bulaga! co-host Maine Mendoza.

But what he realizes and tries to practice is, it is best not to rest on your laurels.

"You look at success as a blessing," he now said in reflection. "But you just have to find a way to sustain success while doing good.

"You just have to be conscious about yourself. Look at yourself, pause, and then evaluate. Nagbabago na ba ako because of the things that's happening to my life?

"Kasi ako, I strongly believe that a failure comes too soon if the person decides to fail on himself. Ayaw na matuto, laid-back na lang. Parang since na-experience yong success, he or she thinks na eto na iyon. This is the point na kaya ko na lahat."

He continued, "That's the failure. Iyon na iyong start. So ako, I'm cautious for me not to be that kind of person."

Alden pointed out, though, that fear, for instance of reaching the end of success, is inevitable.

"I guess isa iyon sa mga magbibigay ng tao ng contentment if you learn how to count your blessings. Kasi minsan, when we experience perfection, we tend to make comparisons with certain things.

He dispelled our incredulous reaction with an assuring smile, and announced: "Yes, kaya ko po."

He then recalled going into a small eatery somewhere in the Ilocos Region unmindful of swarming onlookers around him.

"Napakiusapan naman kasi," he said of those people, especially his fans, who let him enjoy his back-to-basics dining experience. "Puwede naman sila pakiusapan."

He took his nostalgia trip farther.

What would Alden, who seems to have everything except maybe a love life, considers his biggest heartbreak in the past seven years that he's been in showbiz?

"Andon iyong heartbreak or it's your choice to move on from that heartbreak and learn from it. Dalawa lang iyon: stay or you go and move forward.

"Ako, I see to it to move forward. It's okay to be sad, it's okay to feel you've failed, acknowledge it.

Is he moving forward to being a solo artist?

"Ngayon, parang di pa, e," he replied. "Kasi I always believe in the power of being in a group or a partnership.

"It's always best to do all the work or success na marami kang kasama."

The smile on his handsome face broadened with his famous dimples in full display and gave the same reaction to our earlier queries about Victor Mangtanggol.

"Sa presscon na lang," he said, referring to the expected launch of his new show. 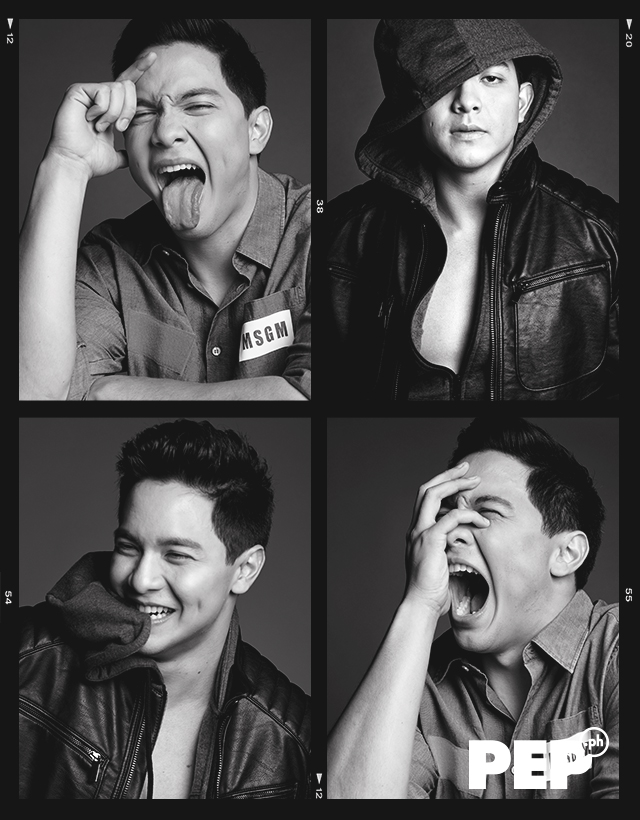