How celebrities decorate their homes 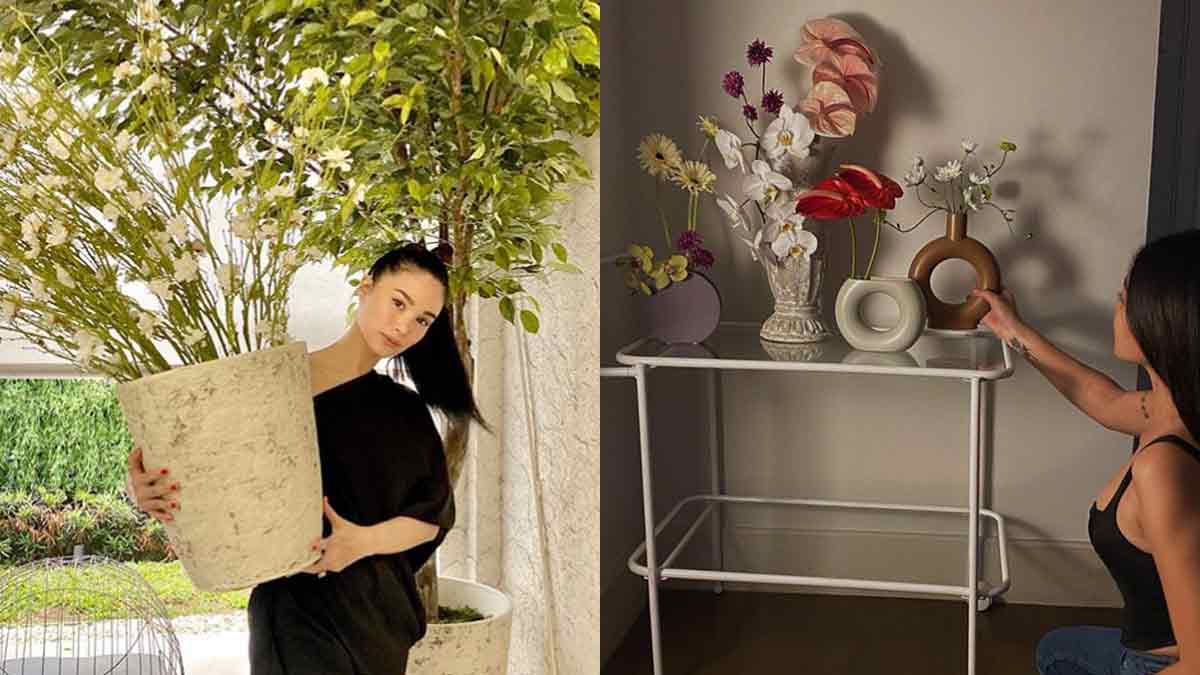 Heart Evangelista and Nadine Lustre are among the celebrities who refurbished their homes during quarantine.
PHOTO/S: @iamhearte on Instagram / Screen grab from @nadine on Instagram Stories

During the quarantine period, celebrities have given showbiz fans a look inside their homes.

In doing so, they also revealed their secrets to sprucing up every nook and cranny of their house.

Many celebrities developed a green thumb during the quarantine.

Some stars converted their backyard space into a garden.

Others took to nurturing indoor plants.

ABS-CBN star Kathryn Bernardo was among the stars who became a "plant momma," thanks to the influence of her boyfriend Daniel Padilla.

She wrote in one of her Instagram posts: "Never realized before how plants could make one so happy. I can spend the entire day just staring at them!"

GMA-7 star Heart Evangelista kept herself busy with mini home projects, one of which involved curating her home garden.

She had been filling up every corner with pots of plants and trees.

Celebrity mom Aubrey Miles, who already owned over 45 plants before the quarantine, continued to transform her abode into a lush jungle.

sprucing up with flowers

Some celebrities used flowers as accents.

Before the quarantine, she decorated her space with dried flowers. 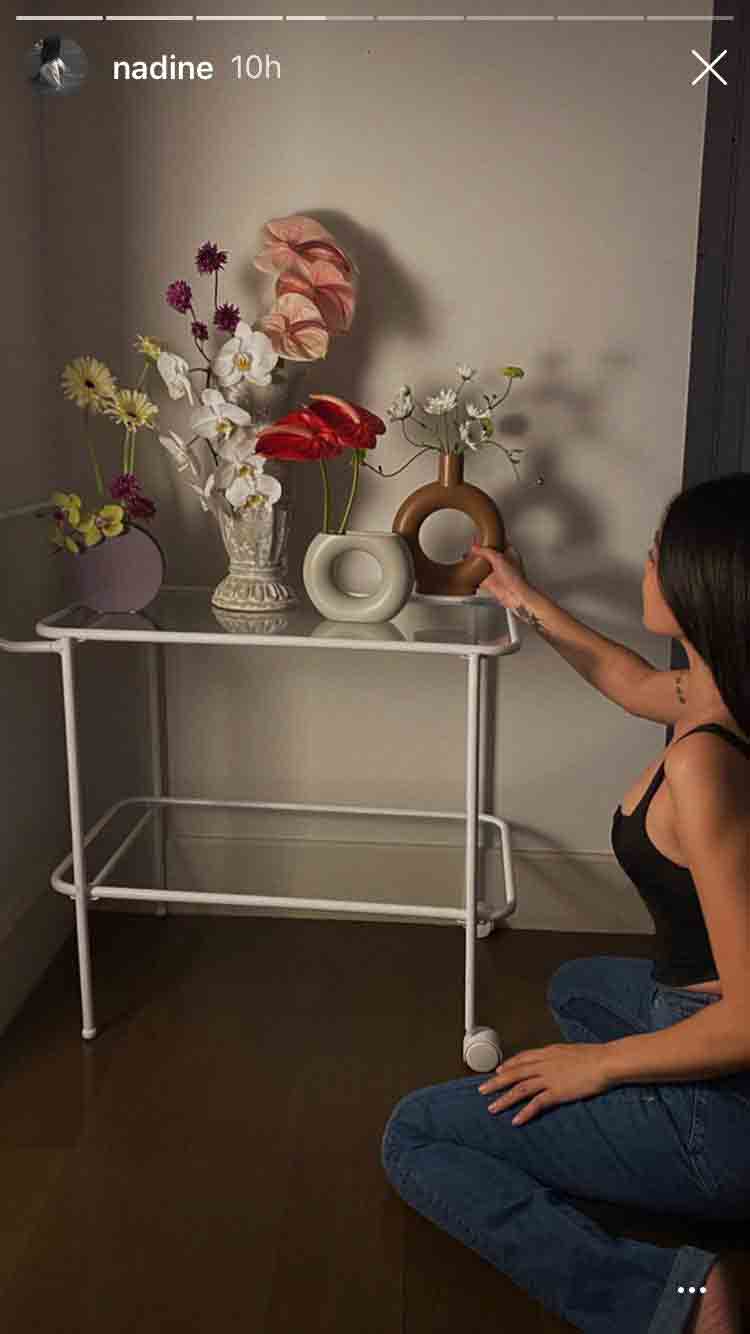 She placed the flowers in equally eye-catching vases. 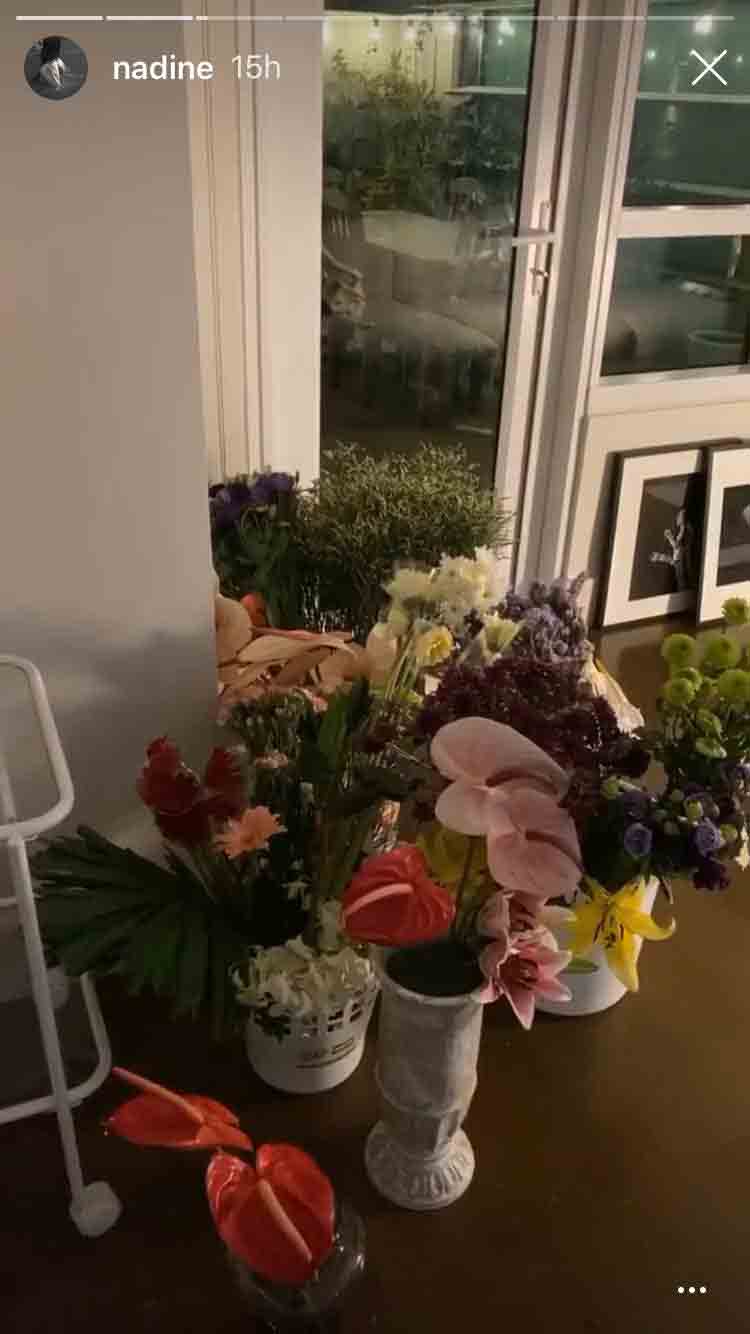 Aren't the floral arragements in Isabelle Daza's home too pretty? 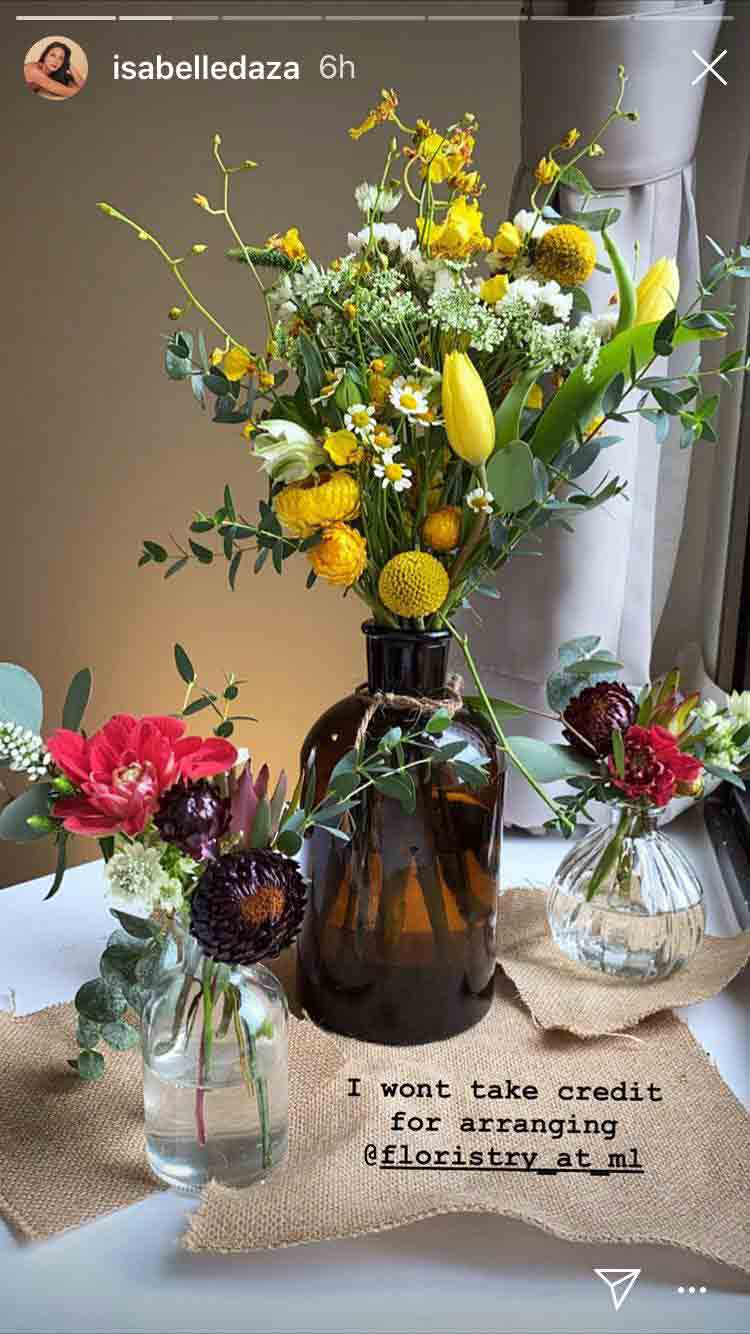 GMA-7 performer Julie Ann San Jose did so as well.

She recently showed glimpses of her house on Instagram.

In other celebrity homes, color gave their space some character.

Take GMA-7 actress Lovi Poe, who wanted her bachelorette home to have a blue-and-white motif.

In particular, she wanted the walls of her bedroom to be painted blue and white, so she could easily relax after work.

See how her tropical-themed wallpaper made the wall livelier? 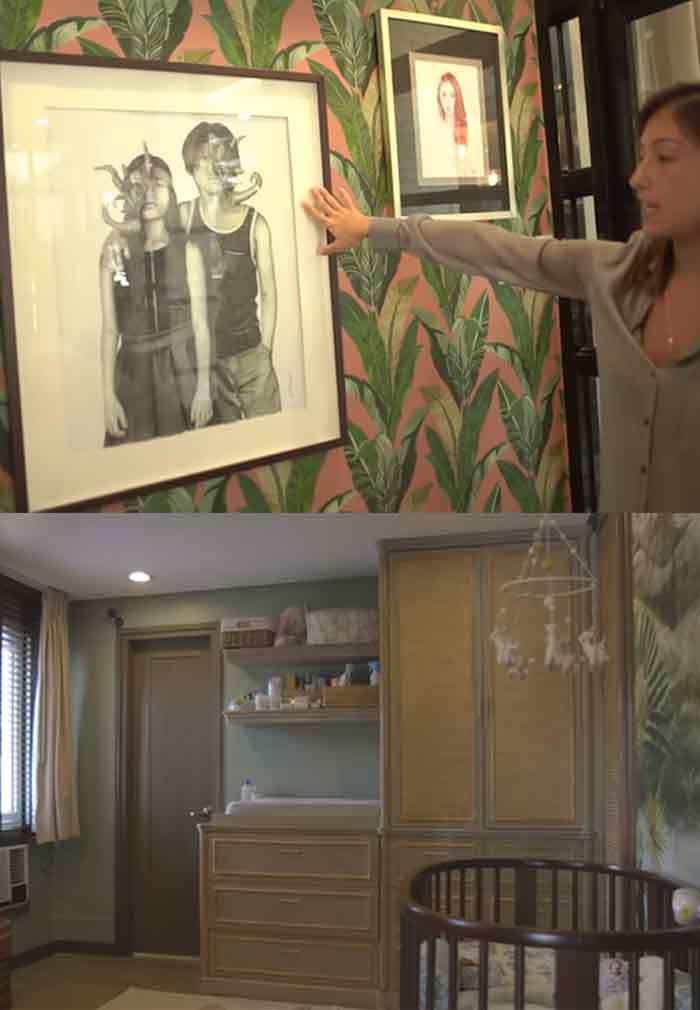 In other rooms, celebrity mom handpainted the walls. 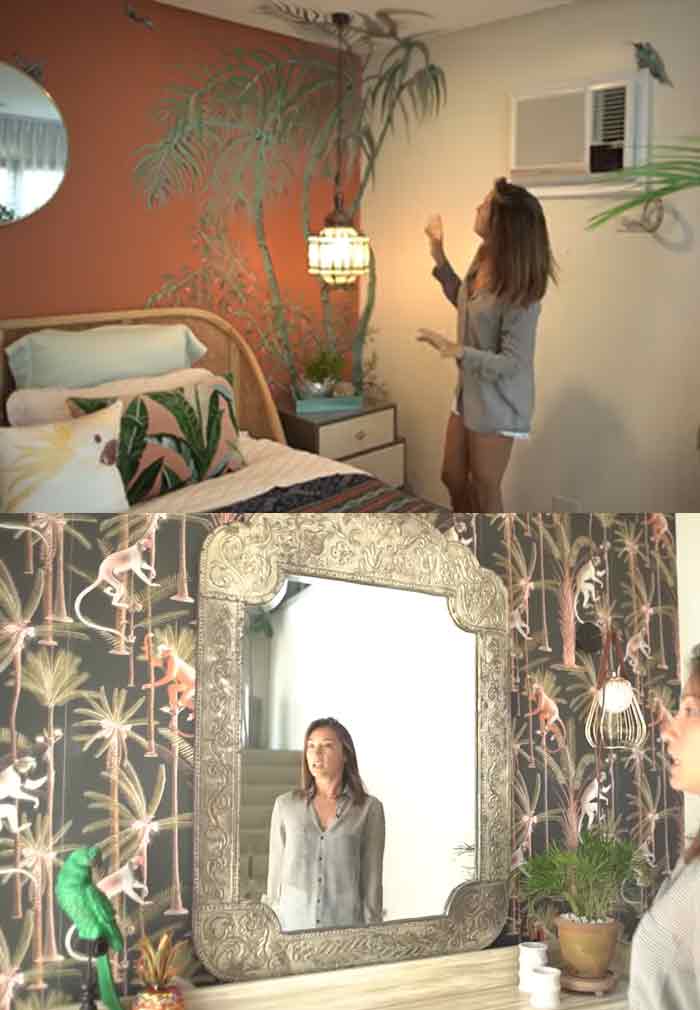 Part of Paula Peralejo's "to-do list" are the following: "...adding a wallpaper or native lamps to painting pieces of furniture to bringing in greens in the home, and building a library with reading corners, of course!"

Some stars chose to decorate their homes with pieces of art.

For both their homes in Ormoc and in Makati, Lucy Torres and Richard Gomez adorned their walls with paintings.

Edu Manzano's one-story abode could pass off as an art gallery with the number of paintings and sculptures found around his house.

He has over 400 art pieces in his collection. 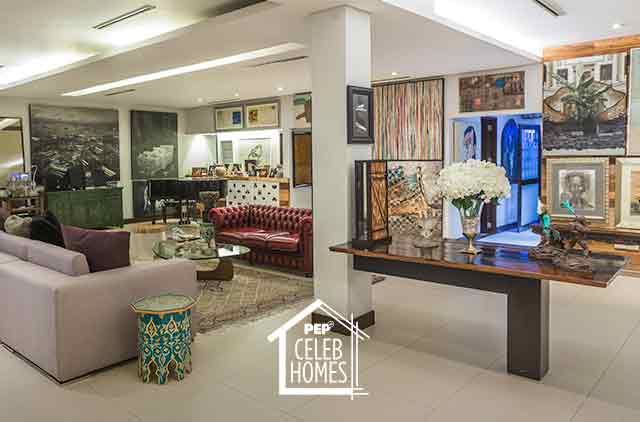 Julius Babao and Christine Bersola-Babao's Casa Uccello is like "a museum masking as a house."

Casa Uccello roughly translated to "Bird House" in Italian, and referred to the shape of the house.

Christine mentioned in a previous interview with PEP.ph that Julius had collected over 360 pieces of art over 22 years and counting.

Also, you can use these Lazada vouchers when you shop or order online. Marami pang ibang coupons dito.