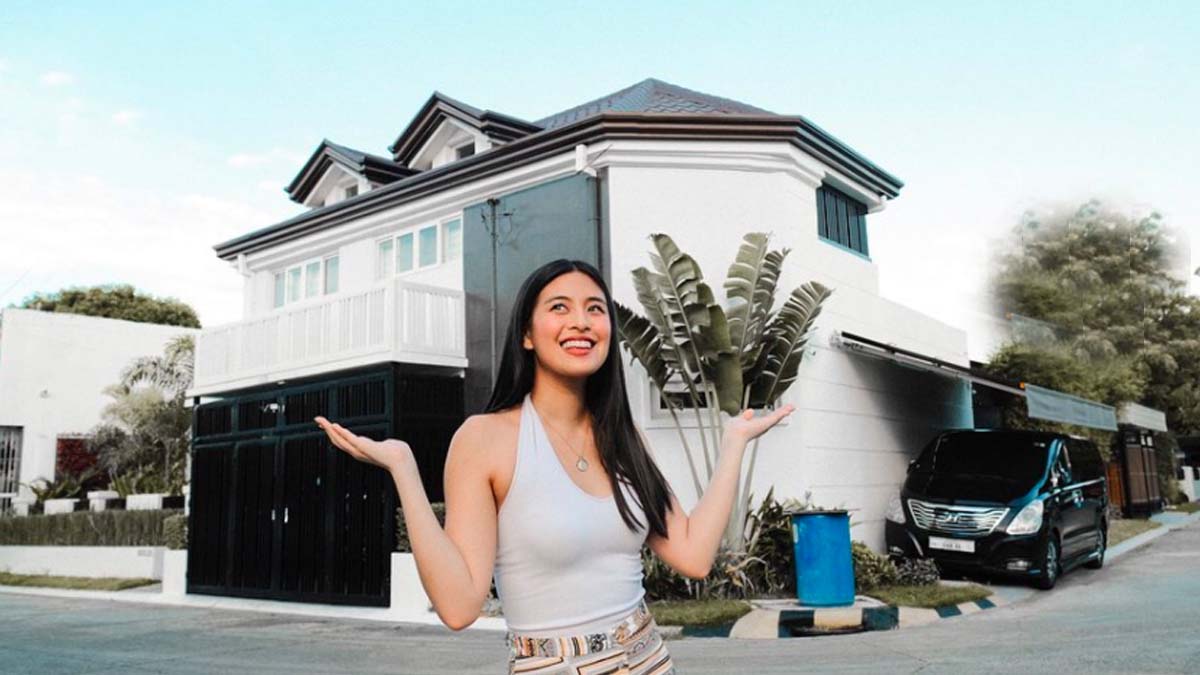 Gabbi Garcia gives fans a tour of her family home, which she also calls Casa Lopez. It is a 350-square-meter property in Parañaque.
PHOTO/S: @gabbi on Instagram

Gabbi Garcia gave her fans a glimpse of Casa Lopez, her family's new house, in her latest vlog on YouTube.

Gabbi, whose full name is Gabriella Louise Ortega Lopez, found this 350-square-meter property in Parañaque in October 2018. Her family moved in by late 2019.

Here's the foyer, which has a pink custom-made chair that's supposed to be in her closet. 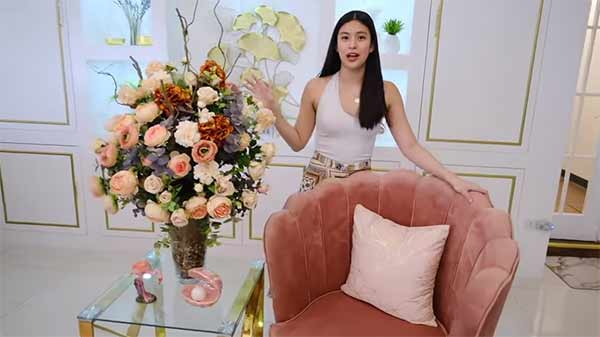 Gabbi announces that the flowers are fake, “Not real. Siyempre, maganda lang kasi yung feeling when you enter the house.”

The cabinets in the foyer house mementoes, including Gabbi’s awards—one of which is a trophy from The PEP List Year 3 in 2016, where she was hailed the Female Stylish Star of the Night. 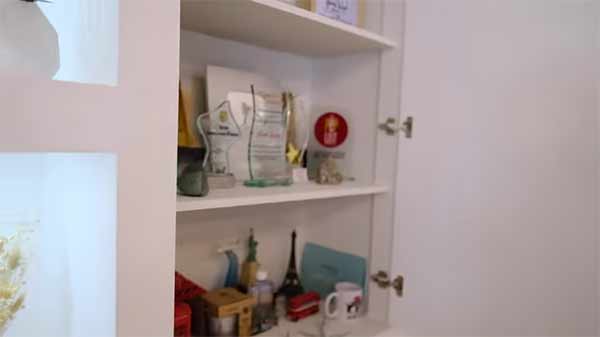 Here's the dining area, where the main attraction is the table where family and friends shall feast.

The Kapuso actress reveals, "When we were scouting for furniture, I told my mom and dad that I wanted the dining table, the dining area, and the sofa to be special. Parang yun iyong main parts ng bahay.

They bought the table, made of inner-core wood, from the Makati store Fashion Interiors.

“Green, because we wanted to go for a tropical glam kind of feel in our house. It’s not too tropical and not too glam at the same time,” says Gabbi. 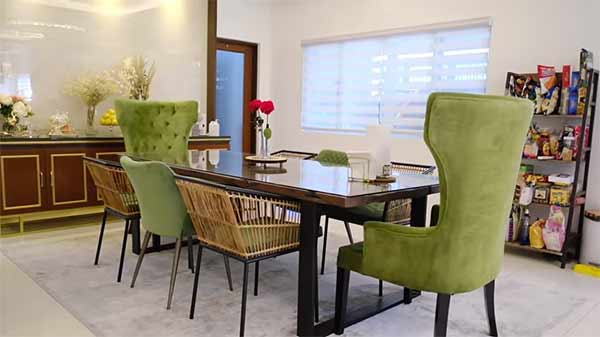 Then she admits, "But I was the one who suggested it. I love entertaining people. I love having my friends over kaya may bar tayo.” 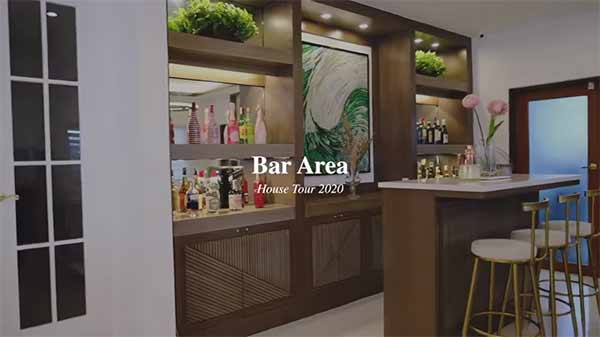 The living room has a 10-seater C-shaped sofa. 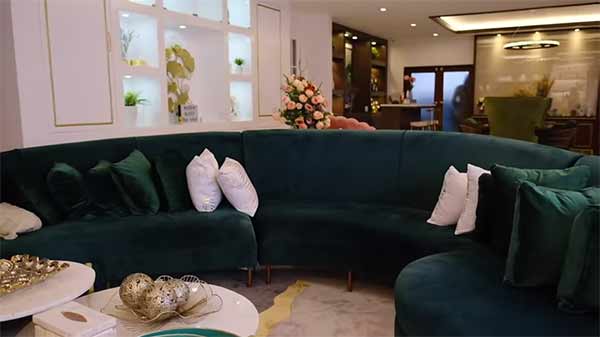 The powder room also has a gold and white motif... 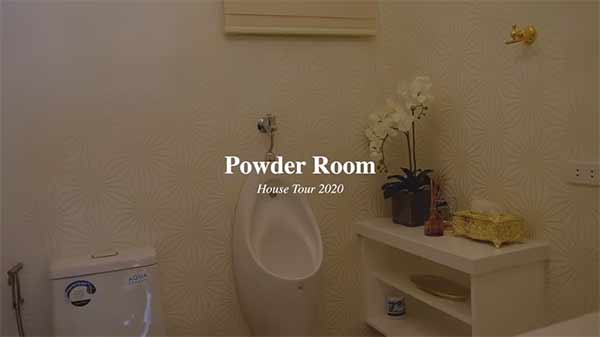 ...with this mini-chandelier as its centerpiece. 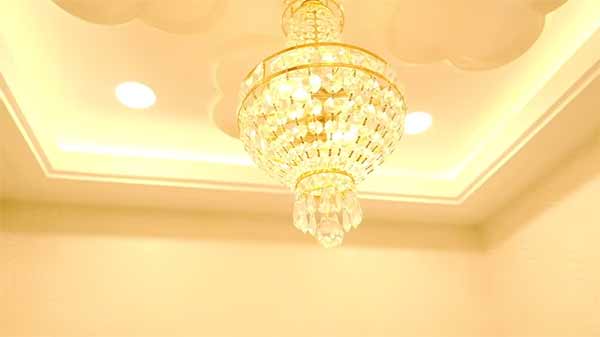 Gabbi brought home a souvenir from one of her major TV projects. Remember the sword that Alena, Gabbi's character, used in the prime-time series Encantadia?

Its replica now lies in a cabinet in the hallway leading to her room.

Gabbi plans to buy a case for it. “I was supposed to have a stand here. This is my sword in Encantadia.

"It’s supposed to be here, but wala pa iyong lalagyanan niya, so it’s just here for the meantime.

"But yeah, this is my sword from Enca.” 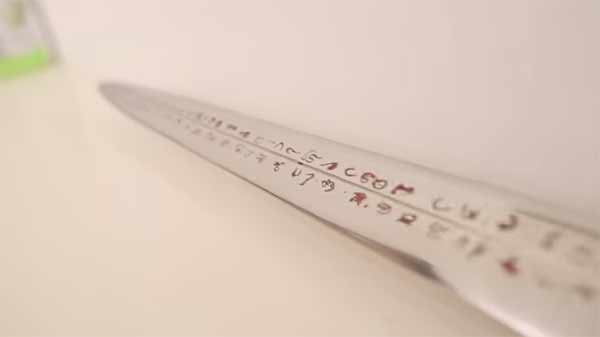 Gabbi’s boyfriend, Khalil Ramos, who was taking the video, asked her to demonstrate her signature pose. 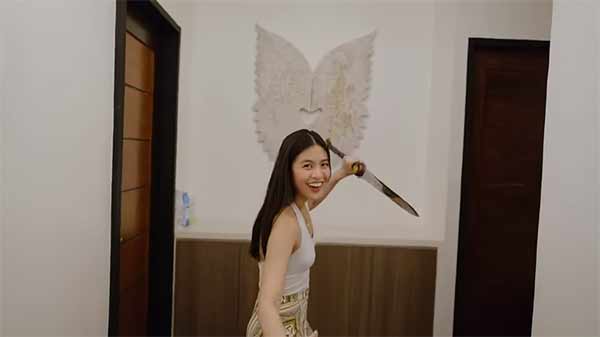 Her dad Vince's man cave has three bikes, a mini-train from Gabbi’s mom, and his McFarlane toy collection.

There's also a music room, the tambayan of her sister Alex, a music major.

Gabbi’s sister has a collection of guitars and a six-piece drum set. 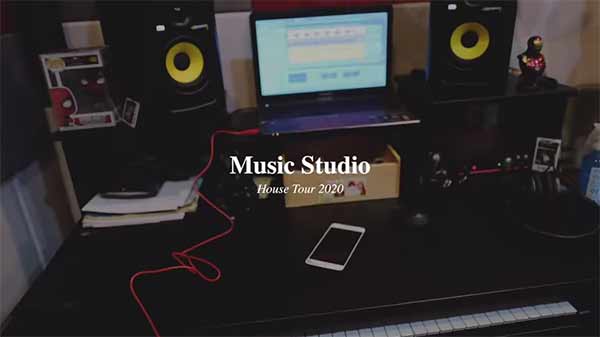 Another trivia: Gabbi knows how to play the drums!

Gabbi says, “Kasi inalisan kami ng drummer noong Battle of the Bands, so I had to take over since ako lang iyong may drum set sa bahay and kayang matuto. But in fairness, natuto naman ako.” 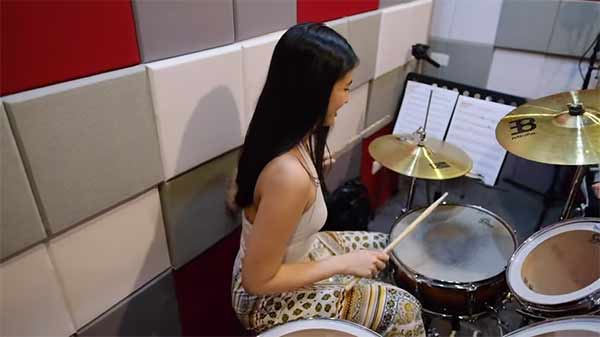