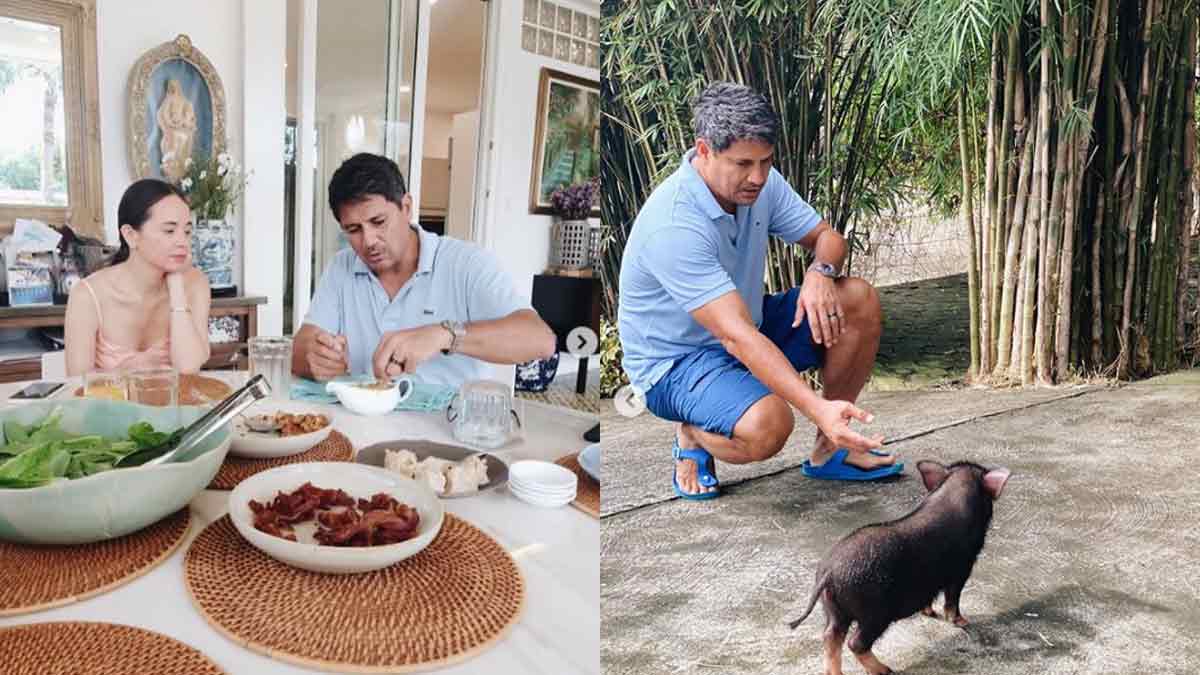 Lucy Torres and Richard Gomez are not exactly the "stars" in their Ormoc home. That spotlight goes to the various animals roaming freely in their backyard.
PHOTO/S: @lucytgomez on Instagram

Lucy Torres, Richard Gomez, and Juliana Gomez have been in Ormoc, Leyte, for seven months and counting.

The Gomez family has been staying in the province during the COVID-19 outbreak, which is a logical decision because Lucy is the representative of Leyte's fourth district and Richard is Ormoc mayor.

Every now and then, Lucy gives her Instagram followers glimpses of their "buhay probinsiya." 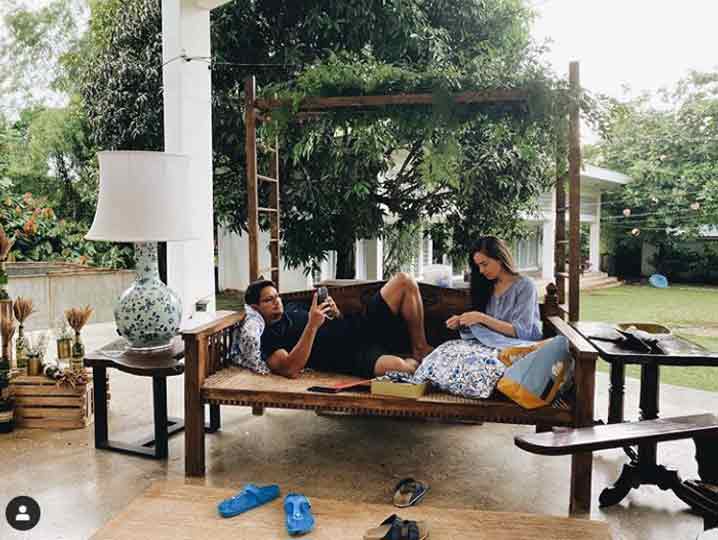 And over the weekend, Lucy came to see that their home in Ormoc feels "so much like a farm now."

The congresswoman wrote in her recent Instagram post: "I woke up that morning to find that 7 out of the 9 eggs Mother Hen was nesting for about three weeks now had finally hatched.

"The cutest creatures—little chicks, a pale yellow-beige and very noisy bunch. Richard put them in an incubator to keep them warm, like babies." 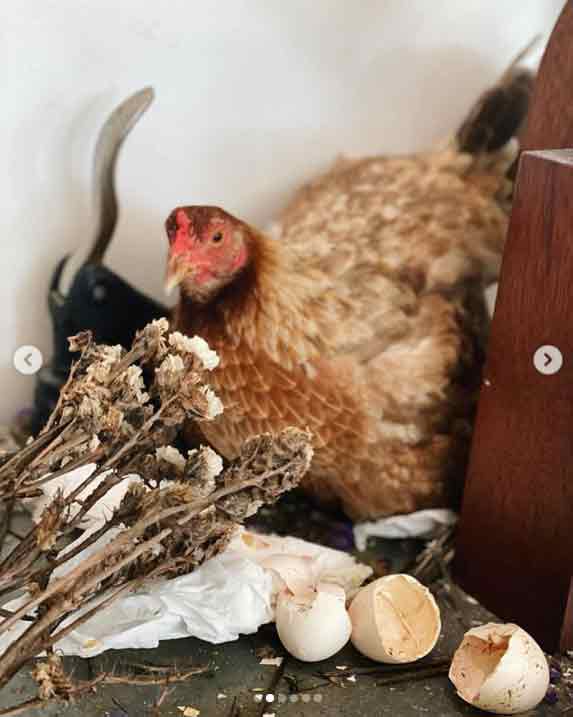 Lucy also narrated an incident that occurred while they were having lunch: "I was just thinking out loud how our home felt so much like a farm now, animals roaming freely, fruits & vegetables growing happily.

"As if on cue, our dog Alexander furiously barged in through the open kitchen and out the dining area. He was chasing a......bayawak." 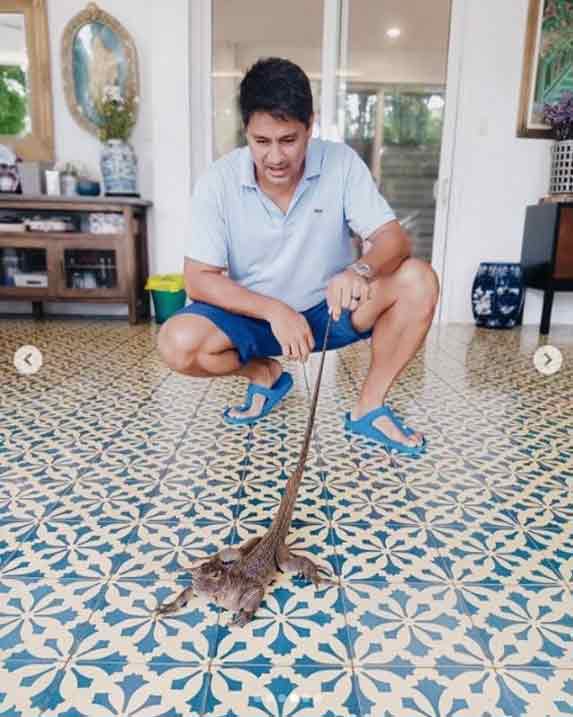 The houseboys then tried to rescue "the poor, stressed bayawak" from Alexander the dog, who was quite determined to catch it, and successfully kept the two animals apart.

Just when Lucy thought she had seen enough excitement for the day, a new animal friend arrived shortly after lunch.

"It was a pot-bellied pig (a gift from Tita Tessie, because her home has over 40 of them). Baby pig is chubby. Cute. Very noisy, too." 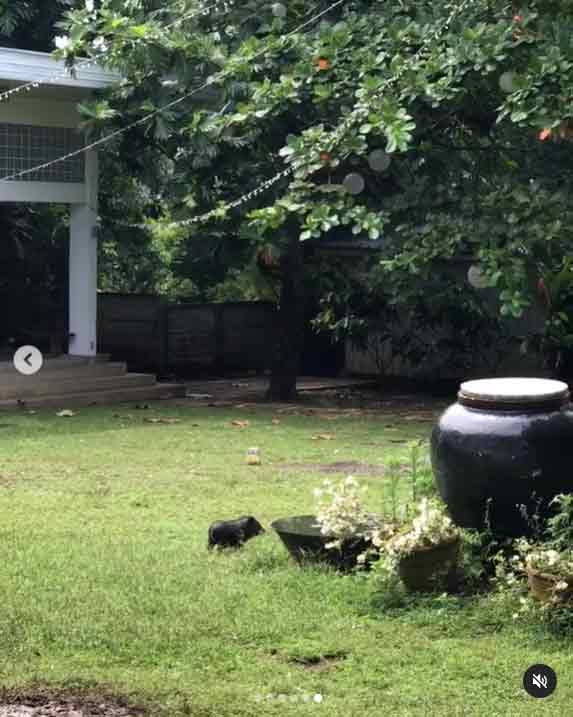 Lucy was convinced that these animals "are like stars in our home now" and they all have names.

"Family. Juliana and her friends have since given them names. The bayawak is called Britney. The pig now goes by the name Hamlet. And the Mother Hen is Heather."

Lucy and Richard live in Carlota Hills, a prestigious subdivision in Ormoc.

Although Richard was born and raised in a city, Lucy once told PEP.ph (Philippine Entertainment Portal) that he adjusted well to life in the province.

In fact, it was Richard who gradually transformed their Carlota Hills home into their own little farmhouse.

Lucy said in an April 2019 interview with PEP.ph: "Richard has really become probinsiyano. He plants our own vegetables. He has chickens.

"Parang every time I go there, he introduces me to a new animal. May gansa siya. May aso, gansa, manok, turtles.

"Parang you respect life, and you celebrate how languid time can still be if life was simpler." 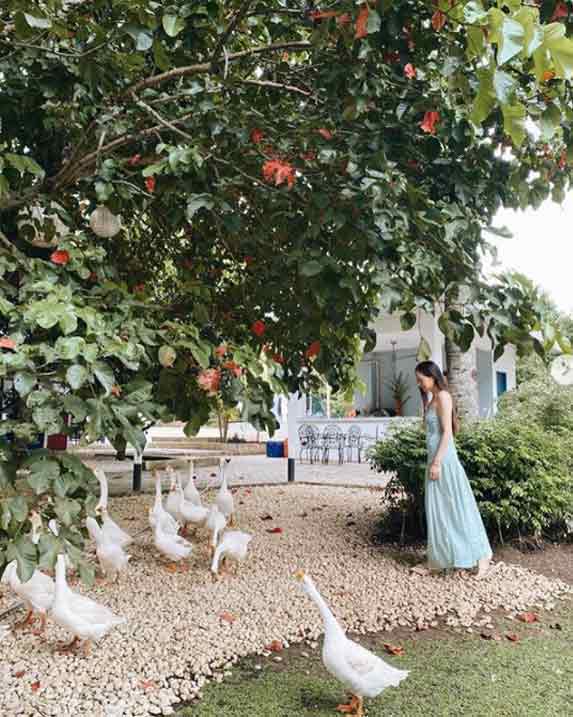 Lucy has always appreciated the simplicity and the gentleness of provincial life.

She added in the same interview: "Kasi in bigger settings, in the bigger city, umaga pa lang stressed ka na, e, kasi you have to go through traffic.

"It's nice lang to be in the province, and be reminded of gentler times...

"Whatever the day gives you, whatever you can take, you go through it."