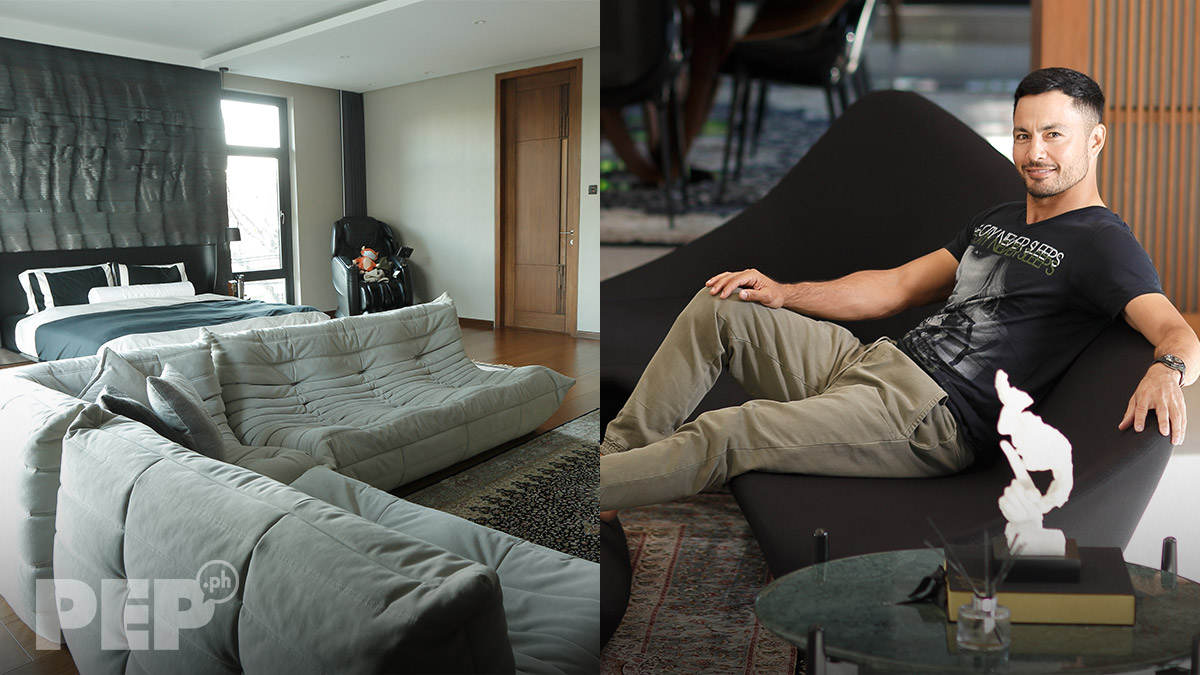 Derek Ramsay has always preferred designer furniture in his home.

In fact, the 44-year-old actor's new three-story home in Ayala Alabang Village in Muntinlupa City is furnished with sofa sets worth PHP4 million—already the price of a condo unit in the metro!

Derek has said he wanted every room in his house to have conversation pieces, "something to talk about" when guests come around, he told PEP.ph (Philippine Entertainment Portal) during an exclusive tour of his new home last February 26, 2021, Friday.

The furniture in his home are not only top-notch in design and craftmanship, they are, most all, stylishly functional.

He said, pointing to the black boomerang-shaped sofas in his living room, "They’re also functional and comfortable.

The sofa called the Moon System, which comes with an ottoman, was designed by the Iraqi architect Zaha Hadid in collaboration with B&B Italia. 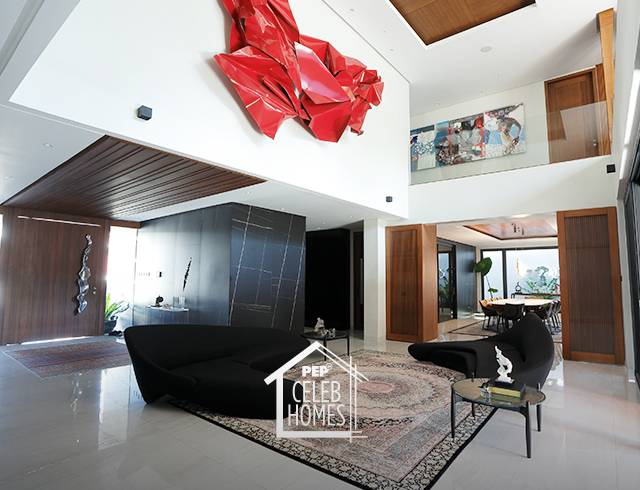 Derek's comfiest and most favorite settee is in the entertainment area, a two-seater utilitarian Moroso Gentry Sofa designed by Spanish architect and designer Patricia Urquiola in 2011.

He said, "This beautiful, most comfortable couch. Ito talaga ang best couch in the world. You just sink in. Sobrang lambot niya. I love the material. I love the color.

"That’s what drew my attention to this couch. Ito, dito, nakakatulog ako. I get to chill watching my favorite shows. Of course, all the sporting shows."

According to hivemodern.com, the sofa comes in several colors, from light gray to royal blue, and is priced at USD7,880 (around PHP383,000). 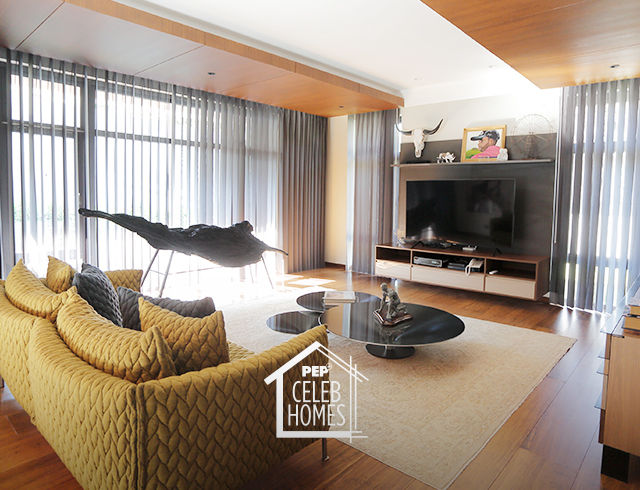 The third sofa on the ground floor of Derek's home is in the lanai and pool area. This striped sofa is called The Ribes.

It was designed by Milan-based architect and furniture designer Antonio Citterio for B&B Italia.

According to Derek, he paid PHP1 million to acquire the sofa from the furniture shop's local branch. 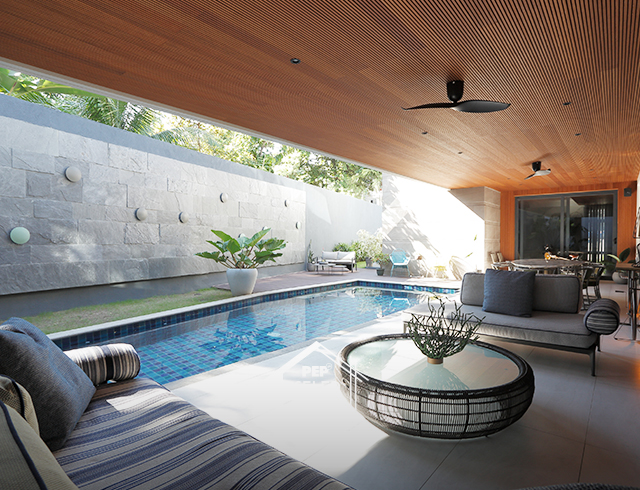 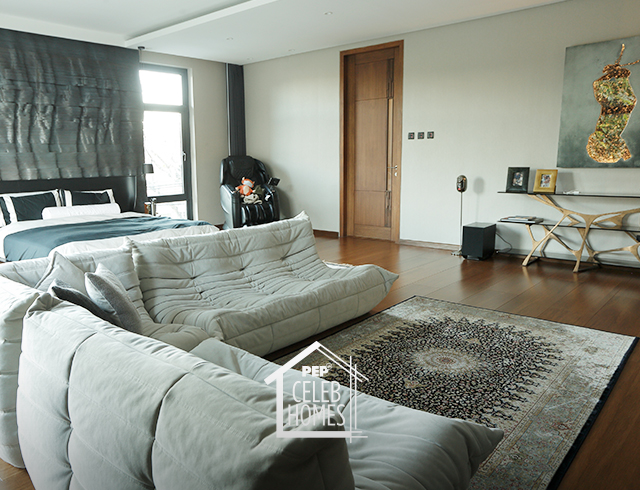 Meanwhile, the citrus-colored, L-shaped Voyage Immobile sofa set from Roche Bobois that adds a puff of color on the third floor is estimated to have cost Derek PHP450,000.

According to luxuryfurnituremr.com, the price tag of the sofa starts at EUR6,000 (around PHP347,000), depending on the number of seats. 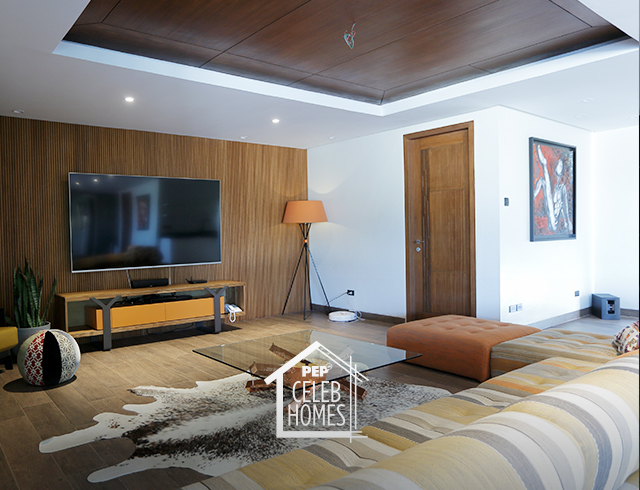