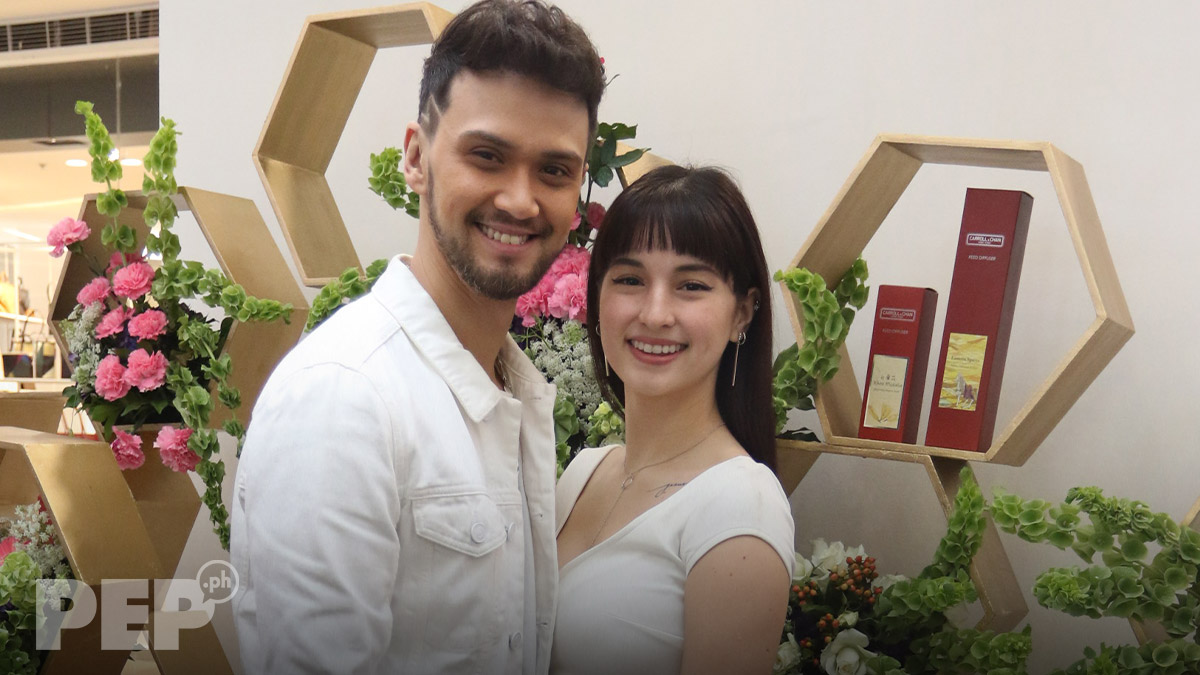 Billy Crawford says his wife Coleen Garcia will become a great mother someday: "She is the strongest woman I've ever met. I know for a fact that our kids, no matter what happens, will be protected, will be loved, will be guarded."
PHOTO/S: Noel Orsal

Billy Crawford and Colleen Garcia are looking forward to their lives as future parents.

In an interview with PEP.ph (Philippine Entertainment Portal) and other members of the press last Thursday, February 28, Coleen expressed that she wants to have a baby before she turns 30.

Until then, the 26-year-old actress plans to focus on her career and personal goals first.

Coleen believes having a baby changes a woman's life entirely.

"It's just that apart from work, there are a lot of personal things also that I'd like to accomplish before we move forward," the Kapamilya star said at the opening of Hong Kong-based home fragrance brand Carroll & Chan at The Podium, Mandaluyong City

Coleen noted how important it is for couples to be ready in all aspects before they start building their families.

She continued, "The more we grow up, the more we realize how big of an impact parents make in children's lives talaga.

"We just really want to be good parents and that's what we're preparing for and that's why we don't want to rush things also.

"We wanna make sure that we're definitely mature enough, and that we're done with our own personal issues before we actually are ready to put others' lives ahead of our own."

For Billy's part, he couldn't tell his parenting style yet.

He said, "Hindi namin masasabi how we will raise our kids and how they will turn out. What we can give them is whatever we lacked sa amin."

But the actor-singer thinks his wife will be a great mother, "She is the strongest woman I've ever met.

"I know for a fact that our kids, no matter what happens, will be protected, will be loved, will be guarded.

"And her intelligence as well, with life and lahat, lahat ng mga experiences niya.

"There's so much wisdom in such a young person's heart and pag minahal niya ang isang tao, mahal niya."

Coleen also cited her husband's good traits, which are good indicators that he is going to be a good dad.

She remarked, "Apart from the obvious fact that Billy loves children, he's such a gentleman and he's so great at being a man.

"Among every one I've met, si Billy talaga, he just really knows how to be a man.

"Especially if, for example, we have a baby boy, I know that he'll bring up our boy just like him na sobrang gentleman, knows how to put other people first, and knows how to be a man, basically."

Billy acknowledged and added that he will probably be a lot stricter in case they will be blessed with a daughter.