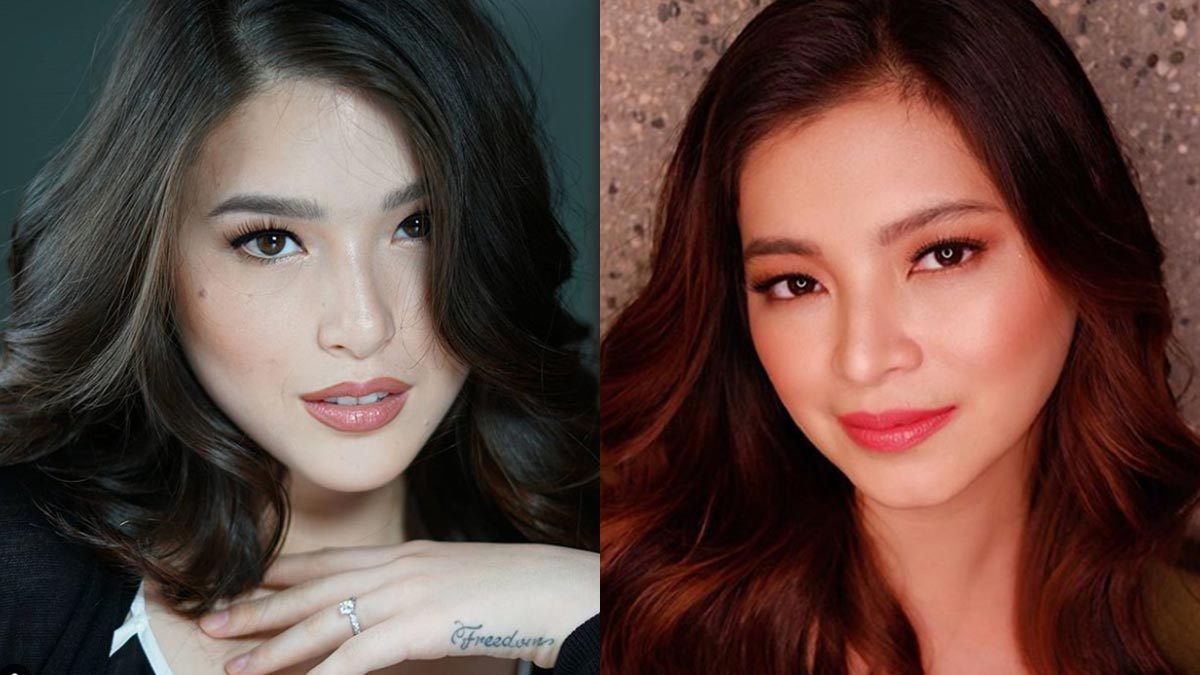 Kylie Padilla on what she admires about Angel Locsin: "She has a heart. Sobrang dami niyang tinutulungang tao. She also advocates for strong women. She doesn't necessarily show how sexy she is, ganun."
PHOTO/S: @ delosreyesjason / @lalaflores16 on Instagram

Kylie Padilla has been inspiring women to not be afraid of trying new things.

Aside from being an actress, the 26-year-old Kapuso is also a painter, makeup artist, and Muay Thai practitioner, among many others.

She is also a wife to Aljur Abrenica and a mom to Alas.

But Kylie also has a role model of her own: Angel Locsin.

The 26-year-old star revealed some of the things she admires about Angel during a quick chat after her pocket press conference for TODA One I Love on Thursday, March 7, at Limbaga 77 restaurant in Quezon City.

She continued, "She has a heart. Sobrang dami niyang tinutulungang tao.

"She also advocates for strong women. She doesn't necessarily show how sexy she is, ganun. So I really admire her."

Like Angel, Kylie is also into women empowerment, and is passionate about portraying strong female characters on television.

In the Kapuso network's prime-time series TODA One I Love, she will play Gelay, whom Kylie described as "a women empowerment advocate."

This year's theme for International Women's Month celebration is #BalanceForBetter, which aims for a gender-balanced society.

The daughter of Robin Padilla said she's glad that the society has evolved as far as equality among men and women is concerned.

"When I was really young, when I was like a teenager, nilalaban ko talaga na I was a strong feminist.

"But siyempre nag-mature na ako, I just want everything to be equal and what's fair to both sexes.