How to deal with bashers, according to Jasmine Curtis Smith 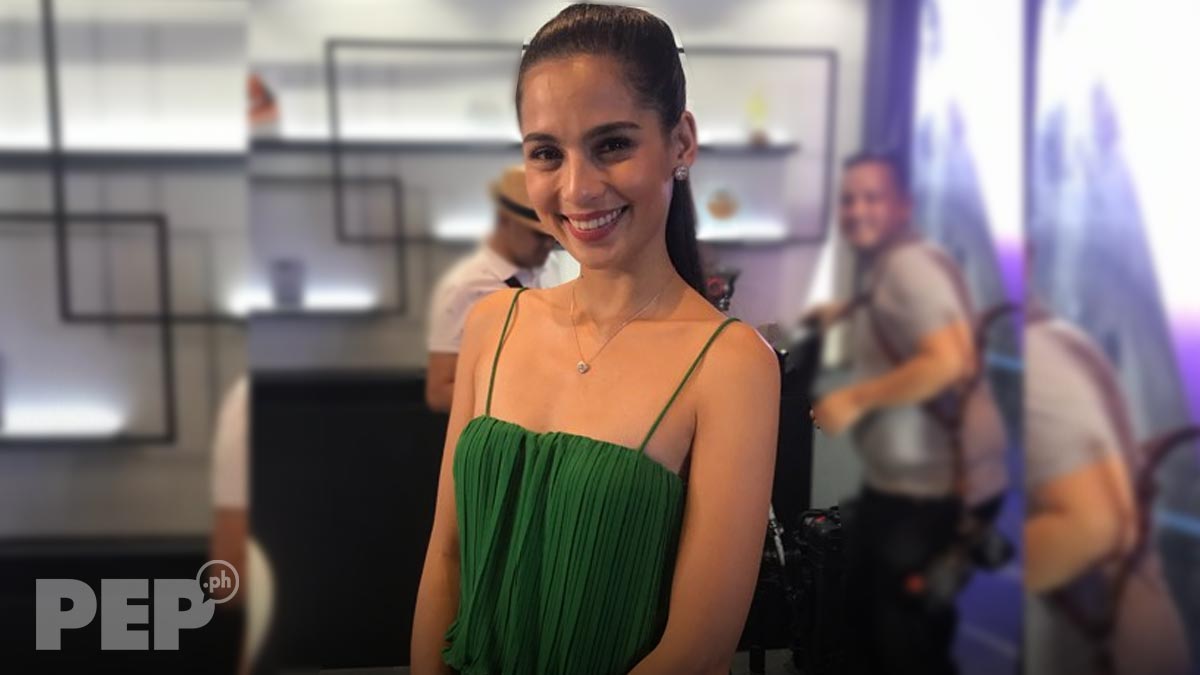 Jasmine Curtis Smith is among the celebrities who fell victim to abusive comments on social media.

She became on the receiving end of bashing from the overzealous fans of Alden Richards and Maine Mendoza, aka AlDub, who accused her of being "mang-aagaw."

In a previous interview with entertainment reporter Allan Policarpio, she recounted, "My first Instagram post to get 500 comments, in fact, teemed with bashers. After that, my insecurities grew, and I started to doubt myself. I used to be too sensitive about it, at times, to the point of crying."

She was also criticized for being skinny, and was called anorexic.

For a time, the ill effects of social media unnerved her, and aggravated her feeling of being "inadequate."

But Jasmine eventually found ways to address all the online negativity.

She continued, "That helps a lot so that... people's level of sensitivity nowadays, you also don't want to offend a lot of people kahit na social media lang iyan.

"Kasi it has become that embedded in our lives.

"So what I've done, I muted a lot of people that I follow."

There was also the "delete" option.

Remember when she was referred to as "bobo," "plastic," and "ingrata" because she did not give outright confirmation of joining Alden and Maine in the movie Imagine You and Me?

But apart from muting and deleting, Jasmine had to totally adjust her mindset.

In her Octorber 2018 interview with PEP.ph, she said, "I cannot choose to ignore the bashers or avoid social media forever.

"The negativity, that's just one aspect; and the bashers, I cannot change the way they think. Yun na sila. No matter how you feel or what you say, that's their opinion.

"So what I did was change the way I see things.

"It was tough, actually, quite a struggle siya for me.

Instead of being sensitive or balat sibuyas, she learned not to take things too personally, and stop comparing herself to others.

She said, "I've just come to terms with a lot of my insecurities by facing them, finding a way, to turn it into inspiration para I don't get frustrated with my insecurities.

"Also, always listing, when I can, to remind myself, list down the things that I have and that I'm grateful for and that I've accomplished already.

"Para I don't forget how far I've come, and I stop comparing myself through social media.

"Kasi we end up spending more time looking at and watching at people's lives than you actually living your own so ayun.

"I make people or just give myself enough time to breathe and rest from all of that para I learn how make it parang work for me kapag nag-check ako."

Asked for an advice to people who are experiencing the same, Jasmine said, "I think you start looking at yourself, your core, your beliefs, your goals."

"When you also lay out your plans for yourself and put it somewhere where you can constantly look at it and be reminded by it, maa-align mo yung sarili mo lagi.

"And you can allow yourself to be just you, without having to pressure yourself against or compare to other people's timelines for you and in comparison to other people of your contemporaries of your industry."

At press time, she puts in an average of four hours interacting on social media daily.

She told PEP.ph, "Sadly, I'd have to say more than I like. Parang siguro, accumulative in a day, around four hours.

"If not more, probably around six hours. And that's, you know, constantly checking the phone.

Jasmine said reading articles and scrolling through Instagram usually take most of her social media time.

The star of the Kapuso network's remake of Descendants of the Sun said, "I like to read a lot of articles, yung parang nagpa-pop up sa homescreen na website.

"And then I go from there, article to article.

Does she consider herself a techie?

"I would say that I attempt a lot like, I really wanna learn and configure the settings of my camera.

"Try to use it on manual mode. The same with my phone, I try to find the most efficient way of using it.

"So that I don't feel hassled downloading new apps or switching or upgrading from model to model.

"I think because of the fact na yun nga, papali-palit yung phone ko, parang nagiging ano na siya almost automatic to be a techie and learn about the phone that I'm using."