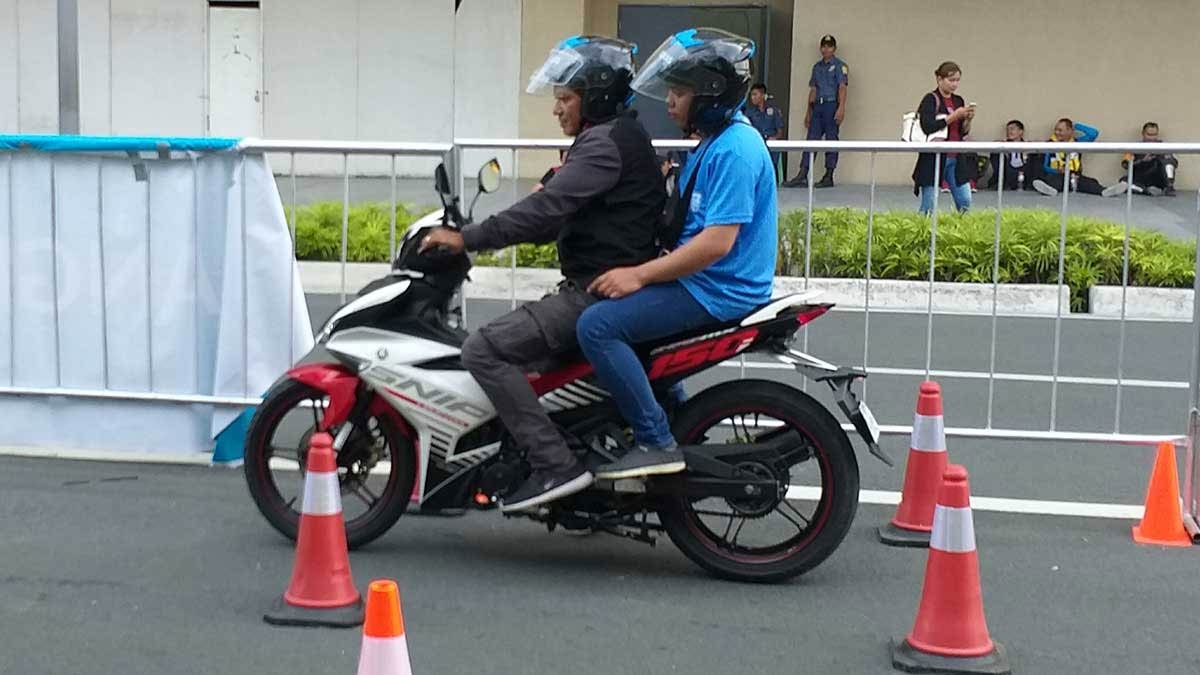 The data from the pilot run will be collated every month by the monitoring teams, and will eventually be used by the Senate to decide on the fate of a pending bill that would legalize motorcycle taxis.
PHOTO/S: Aris Ilagan for Topgear.com.ph

Angkas officials led by George Royeca announced that the technical working group (TWG) of the Department of Transportation (DOTr) already gave the go-signal for the test run, which will be conducted over a period of six months.

The TWG was formed by the DOTr a few months ago to conduct a feasibility study on the safety and convenience of the app-based motorcycle service for the commuters.

The data from the pilot run will be collated every month by the monitoring teams, and will eventually be used by the Senate to decide on the fate of a pending bill that would legalize motorcycle taxis.

But before Angkas is allowed to resume operations, the DOTr-TWG has a new condition it must follow: for its 27,000 riders to regularly brief the passengers on safe and proper riding habits.

Angkas is willing and ready to comply.

Angkas is hoping its safety campaign will be drilled into the heads of every passenger as the embattled company pushes for zero-accident record. Its current safety record is at 99.997%. 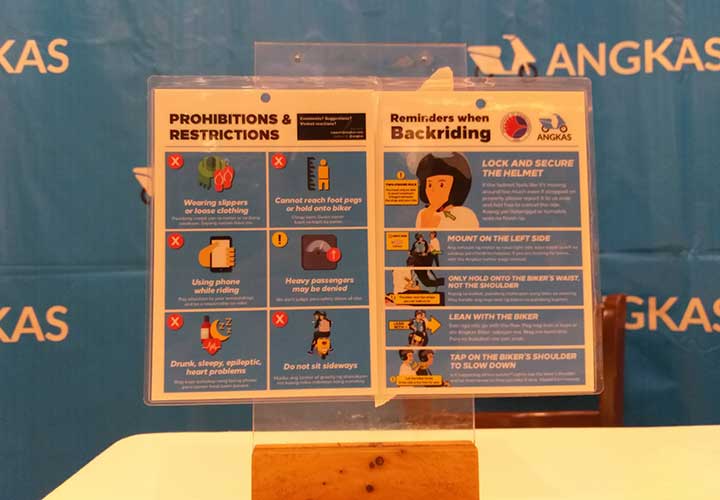 The photos here are just among the many safety campaign materials prepared by Angkas.

They focus on correct body position when riding, proper use of helmet, holding on to the rider's waist (not on his shoulders), and leaning with the rider when the bike is turning, among others.

Another new safety feature to be implemented by Angkas is the use of reflectorized vests with side straps on which passengers can hold on to while the motorcycle is in motion. 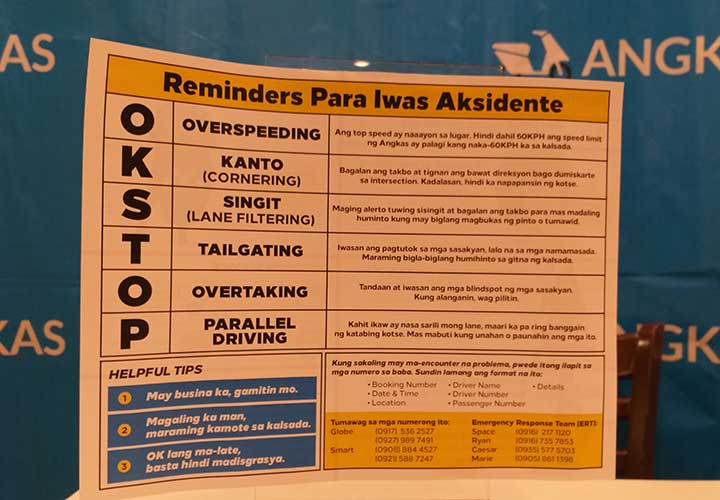 The safety guidelines specifically state that passengers suffering from epilepsy and heart illness will not be allowed to use Angkas. The same goes for those under the influence of liquor.

How will these safety reminders be disseminated to the riding public?

Aside from publishing the campaign materials on print and digital media platforms, Angkas riders are obliged to conduct a safety briefing to the passengers based on the campaign leaflets that they will always carry around while on duty.

"It's just like watching airline crew doing the safety and emergency routine for passengers before a plane would take off," Royeca explained.

Angkas also staged another re-training program for thousands of its so-called 'rider-partners' at the San Andres Complex in Manila as part of the conditions set by the DOTr.

Impressed? Well, we only hope that this whole exercise will not just be ningas-kugon (a common Filipino trait of enthusiastically starting something, only to lose steam later on) so that our legislators can finally be convinced to legalize these motorcycle taxis and help alleviate the plight of the commuters.

This story originally appeared on Topgear.com.ph.