Richard Gomez, Lucy Torres are glad daughter Juliana chose to study in UP 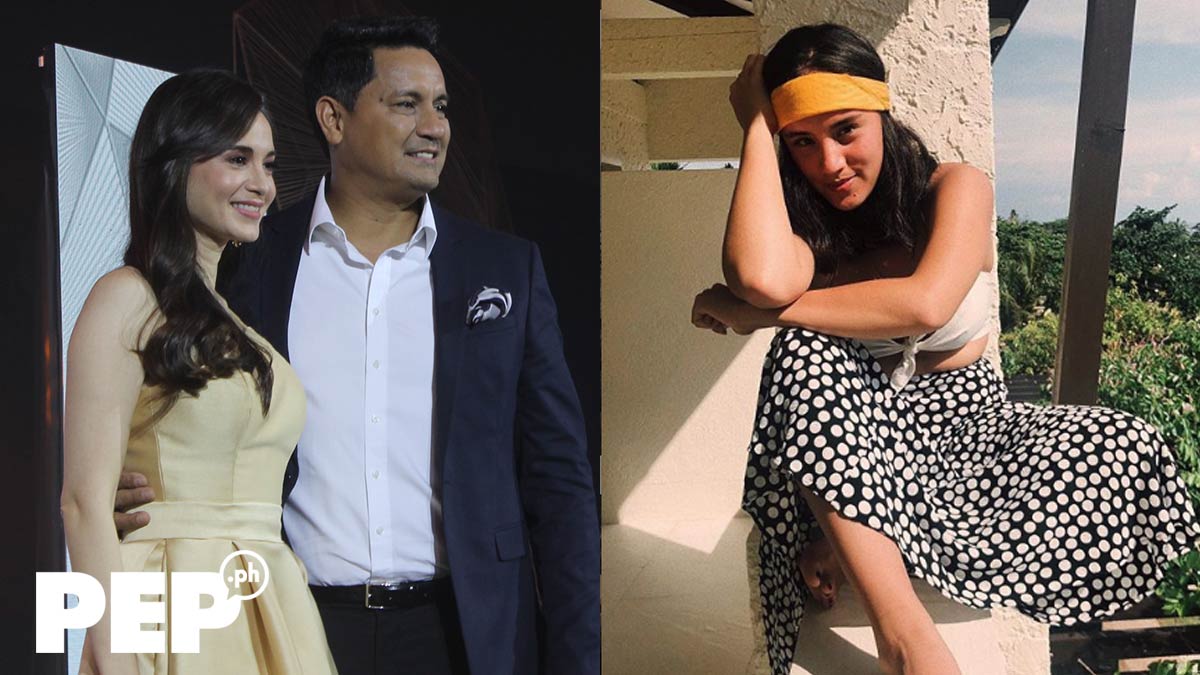 Richard Gomez and Lucy Torres are happy to see their daughter Juliana Gomez begin her college life in the University of the Philippines (UP).

"I'm happy that she's in UP because that's where I went, that's where [Richard] went also," Lucy tells PEP.ph (Philippine Entertainment Portal) during a sit-down interview at the Ultherapy For Two event held on August 13, at Shangri-La at The Fort in Bonifacio Global City.

"I'd like her to experience that environment. I had a really nice time in UP. Maybe it's different kasi UP Cebu ako. Wala namang big demonstrations. UP Diliman is a much bigger campus."

It was Juliana's decision to enter UP, but she did consider other universities for college.

In an interview with PEP.ph in September 2018, Juliana said she also considered Ateneo de Manila University and De La Salle University. But UP was her first choice.

WHY JULIANA CHOSE TO STUDY IN THE PHILIPPINES

Many of Juliana's friends are off to study college abroad, but Richard and Lucy are more than thankful that their 18-year-old daughter is staying here.

Richard adds that whenever Juliana's high school holds orientations for universities and colleges abroad, the young Gomez knows it isn't for her.

"Alam niya that doesn't mean anything," the actor-turned-mayor of Ormoc City says, "She gets out of the orientation, and she does other things."

Both Richard and Lucy want to keep their daughter close to them. After all, as Lucy points out, their family is only composed of three.

The representative of Leyte's fourth district says, "Maybe, she can go there for Master's, but for now, we want to keep her close...It's hard enough now with all of us being in the Philippines, but different locations. So, how much more if ganun? Tatlo-tatlo na nga lang kami, 'tapos mawawatak pa.

"I tell her na maybe if there were five of them, then I'd be more open to sending some of them abroad."

But one of Juliana's recent trips abroad gave her some perspective on the matter.

Lucy recounts, "Kasi she's like her dad, she's big on friends and she said she never felt lonely as an only child because her friends have always been welcomed sa bahay.

"So, one time we were in New York, she was there for a shoot. We didn't stay in the same hotel kasi kasama niya yung mga kasama niya sa shoot. Then, after several days there, she said, 'Ang lungkot pala abroad.'

"She was imagining daw if she studied there, she'd probably only have three people that she'll constantly hang out with, as opposed to the 20 or 30 na regularly nakikita niya dito. Sabi niya, 'Hindi ko yata kaya abroad.' Malulungkot daw siya."

WHAT IS RICHARD AND LUCY'S ADVICE RE: COLLEGE LIFE?

The actor knows that UP will teach Juliana to be independent, so the former matinee idol has one request, "Sabi ko, huwag ka sumama sa mga gulo-gulo... Mga orgs naman, since you're part of the volleyball team, that's one strong organization of the university.

"There's no need for you to join other orgs, noh? Kasi baka sumali sa sorority, e. Masasaktan ka lang, e, through initiation. The best org you can join is the athletic organization, the varsity."

She adds, "It's nice to have a cause. It's nice to feel strongly about something, but you don't have to fight the world. You can be loyal to your cause. You can be very passionate about it, but there are ways to fight your battles. It doesn't have to be in an abrasive way."

How was Juliana's first day in UP?

"She wants to be a lawyer kasi, e. So like a pre-law," Lucy says. "My position always has been that I will not impose my dreams on our daughter. My only prayer talaga is that she becomes the person God designed her to be, kasi lahat naman tayo may purpose, e.

"I feel that when a person is able to find that purpose, only then can she really be happy in life kasi that's where you're meant to be, e.

Juliana is Richard and Lucy's only daughter. She will be turning 19 on September 8.

The model-endorser graduated from high school in June 2019.

In one of her recent Instagram posts, Juliana says she is part of her "dream school" with her "dream team" as she makes it to the UP volleyball team.

Volleyball has been Juliana's favorite sport since high school. She was part of her school's varsity team.

In a previous interview with PEP.ph, the celebrity kid says she was training to become a setter, while preparing for the college entrance exams.

Eventually, Juliana hopes to make it to the national volleyball team, and make her dad proud. Richard, aside from being an actor, is known to be quite an athlete and excels in many sports.

Richard was a member of the Philippine national volleyball team twice, back in 2005 and in 2014 where he saw action at the the Asian Men's Club Volleyball Championships.

The volleyball team was just one of the four national teams Richard became a part of. He was in the national rowing team from 1989 to 1991, the fencing team from 1992-2006, and the shooting team in 2005. He competed and won in these sports in several local and international competitions, bagging more than 17 medals, and one record for shotgun shooting. He capped his sports career in 2015 with gold medal as part of the national fencing /epee team at the Southeast Asian games of that year.

Richard Gomez and wife Lucy Torres have been married for 21 years. They tied the knot on April 28, 1998.