Married or not, Dionne Monsanto sets timetable to have baby 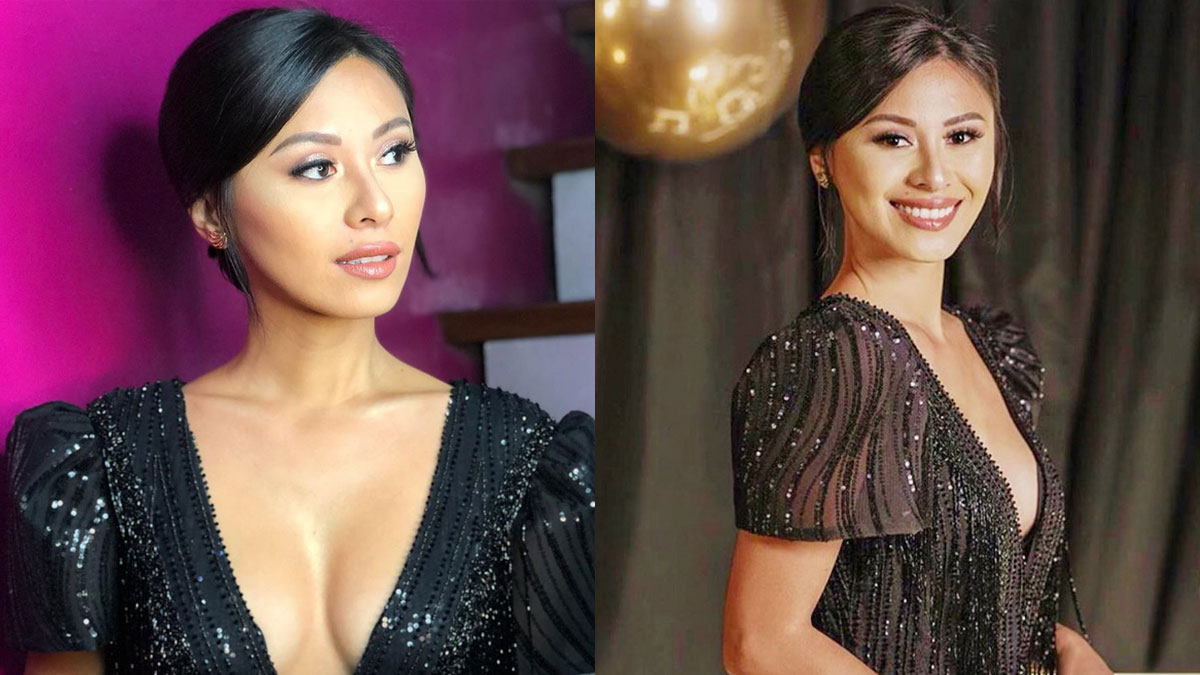 Dionne Monsanto wants to have a baby within the next two or three years for a reason: "I have a back condition, I have scoliosis. My doctor kasi told me na I can’t get pregnant at a later age kasi masyadong magiging stressful for my back."
PHOTO/S: Dionne Monsanto Instagram

Dionne Monsanto is more than ready to tie the knot with her Filipino-Swiss boyfriend Ryan Stalder.

But when reporters asked her about her timetable for marriage, she burst in laughter, “Wait lang. Nai-stress ako.”

Settling down, Dionne explained, “Oo. I think now, if I’d be very honest, because I’m getting older.

"Kasi I have a back condition, I have scoliosis. If there’s anything that I would prioritize at this point, it's to have a baby.

“Kasi my doctor kasi told me na I can’t get pregnant at a later age kasi masyadong magiging stressful for my back. The weight would be too much for my spine.”

It seemed she already has a timetable to have a baby ahead of any wedding plan.

She pondered, “Depende iyan, e. Well, ideally get a husband first and then have a child. But pag hindi pa handa, baby muna.

"But not naman anytime soon, kasi pinaghahandaan iyan. Maybe in a couple of years of three years.

Her movie, Kaaway sa Sulod, is one of the festival's entries.

Recently, Anne Curtis made it clear she feels offended when repeatedly asked about personal questions, such as her baby plans.

Dionne said she agrees and emphatizes with Anne, “Ah, I would agree with her kasi we have a body clock as women. So, of course, it’s a lot of pressure for women.

"Maybe sa akin, I really don’t care about what other people think of me and I don’t get affected by what people say about me.

“So, I guess it’s my 'I don’t give an F' attitude that saves me a lot of heartaches.

“I used to care about what people would say about me. But then, I’ve reached a point... reached that stage in my life na parang, 'Okay that’s your opinion.'

“And also it also helps so much na I’m vegetarian. I meditate.

"So, mas kalma ako, mas wala akong pakialam. Yung dedma lang. One of the words I live by is yung live and let live.

"As long as I am not hurting anyone and no one is hurting me physically or my family, okey tayo.”

Dionne also refused to divulge information about her boyfriend's job.

She admits, “I don’t think I’m at liberty to say that what he does. But let me say that he’s with a non-government organization. Ganun na lang.

“Actually, may mga nakiusyuso na before. There are a couple of writeups about us, but not so much on what he’s into sa Switzerland.”

HOW DIONNE MET HER BOYFRIEND

We asked Dionne how her relationship with Ryan started.

She narrated, “Funny thing is, we’ve been dating since last year. So, we’ve been together more than a year.

"Pero we’ve been friends for more than 12 years, there in PBB [Pinoy Big Brother] pa.

Since they've known each other for so long, the next step is a wedding, right?

Dionne agreed, “Yes, yes. Like, he’s already met everyone in my family and I’ve met everyone from his side also.

"Actually, in Switzerland, I’m always with his parents whenever we go to work. I’d like to think na I have a good relationship with them.”

In the event that Dionne will have to settle permanently in Switzerland with Ryan, she has one conditon.

She said, “I think, more importantly, if we decide to settle in Switzerland, I would have to have my own thing there because I’m so use to working.

"Kasi nasanay ako na kinukunan lang ako pag nagti-taping. That I can do, or focus on.

"His sister kasi has a gym there. I can do like fitness. Apply for a fitness coach, certificate.”

Dionne admitted getting into showbiz in Switzerland is out of the question, saying her experience won't make the cut there.

"And then, second, parang walang demand na Asian as dark as me.”

About her career plans, Dionne clarified, “I’m not naman giving it up. Acting will always be part of me and will always be something that I’m passionate about.

"But also I want to move forward and do something else with my life.

“But it doesn’t mean that I’m giving it up. It’s not naman na one way or the other or you don’t have to choose one. You can do both.”