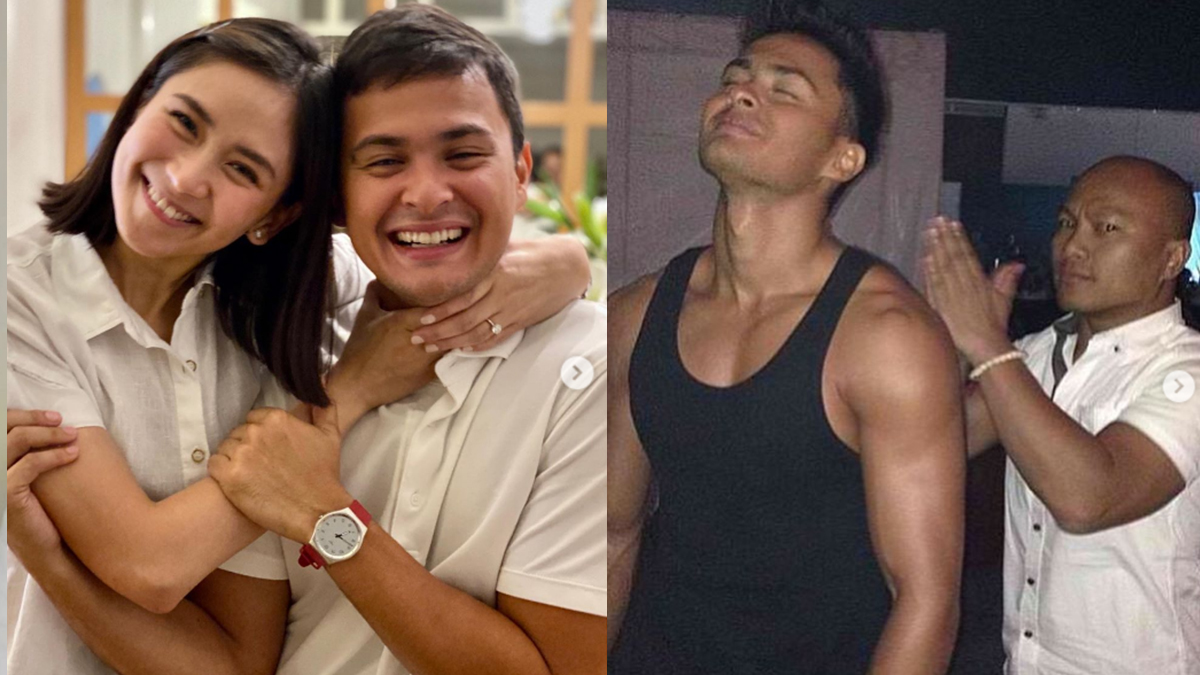 Matteo Guidicelli and Sarah Geronimo made headlines after finally confirming their engagement on November 7, 2019.

On Instagram, Matteo uploaded a photo of him and Sarah, with the latter's left ring finger flashing a diamond engagement ring.

On the heels of the couple's announcement, congratulations poured in from fans and friends, among them was Star Magic manager Jerry Telan.

In an Instagram post on Wednesday, November 20, Jerry uploaded a gallery of throwback photos of him and Matteo, and revealed an interesting bit of trivia about the Kapamilya actor's proposal to Sarah.

According to him, Matteo began saving for Sarah's engagement ring in 2014.

He wrote (published as is), "So Happy for Matty. Flexing his perseverance 5 years in the making, engagement proposal. Photos courtesy of FB memories.

"And the rest is history. [heart eyes and ring emoji] 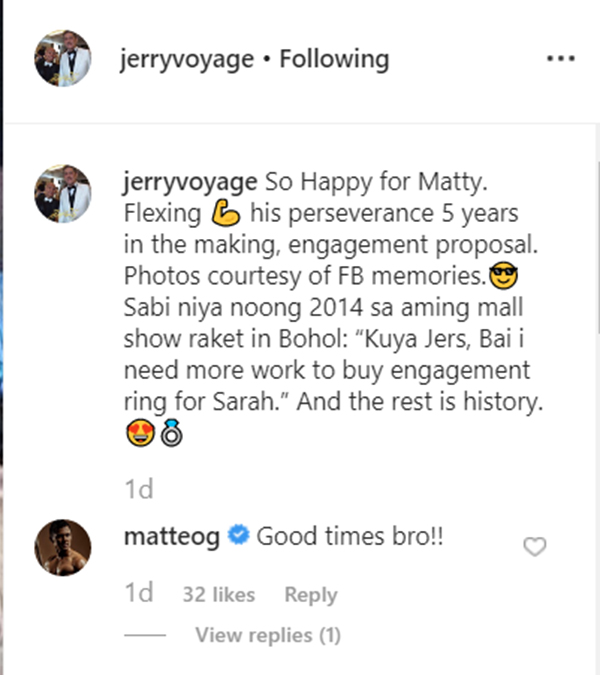 It was later revealed by Paolo Guidicelli, younger brother of Matteo, that the couple have been engaged for over a year. Hence, the actor-singer's proposal was technically four years in the making.

Sarah and Matteo officially became a couple in September 2013, but it was only in June 2014 when Sarah confirmed their relationship.