Dimples Romana: This kontrabida on TV is no diva on the set 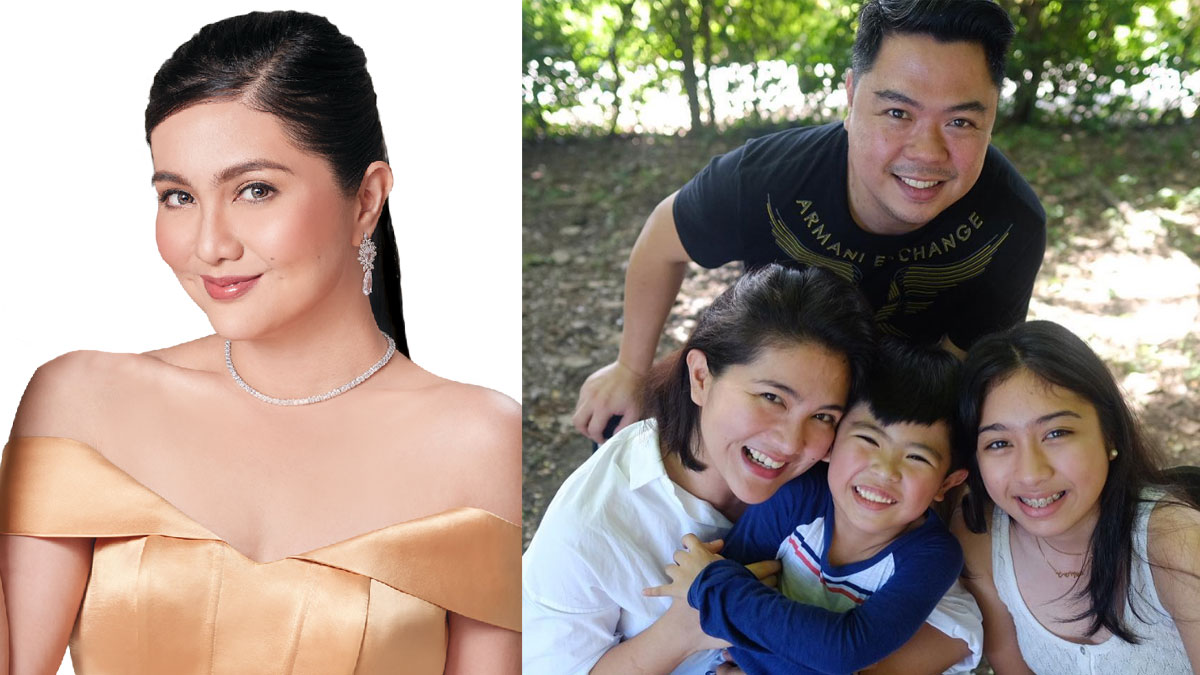 Dimples Romana with her husband Boyet Ahmee and their kids Callie (R) and Alonzo
PHOTO/S: @dimplesromana on Instagram

For Dimples Romana, the year 2019 is all about leveling up.

It’s hard to miss the hilarious viral memes of her kontrabida character Daniela Mondragon, clad in her striking red gown while dragging her matching suitcase. The iconic still culled from her top-rating Kadenang Ginto teleserye has found its way into all sorts of unimaginable scenarios, thanks to the creative genius and irreverent humor of Pinoy netizens.

But even before she became meme-worthy, Dimples had already laid down the foundations of her showbiz success. After all, she got a pretty good headstart as a child star.

Her success formula is no secret: She’s after longevity.

“I’m really after the longevity. The many years that I will remain—ke may lumabas, may pumasok, may dumating, may nawala—ang pinaka-objective ko sa karera ko ay manatili.

“Kumbaga, I want to be in the business for a very long time and you know to build a good reputation.

“And ako naman, I’m very blessed to be trained by directors, actors who are all professional, kind, and genuine.”

A HARDWORKING STAR ON THE SET

Contrary to her antagonist character, thw 35-year-old star is no diva on the set.

“And now that I am being called to endorse bigger brands this time, I am so humbled and at the same time I feel the bigger the responsibility.

“Siyempre, meron tayong following online, on TV, movies and real-life, pero ang maganda lang sa akin, natutuwa ako that I don’t just get to live my life as a normal person, but also at the same time be successful in the career I’m in.”

Dimples takes pride in being able to accomplish her real-life roles as a wife, mom, and career woman.

THE QUEEN OF HER KITCHEN

This coming holiday season, she looks forward to wearing her hat as the punong abala during Noche Buena, which she describes as the best time to create perfect memories, give the perfect gifts, and serve the perfect handa.

It’s a tradition she grew up with, and wants to continue as a wife and mother of two.

Based on her social media posts, it’s no secret that her whole clan—the Romanas and the Ahmees—always celebrate Noche Buena together at home.

“We make it a point that we celebrate together no matter how busy we are,” she says.

They even have a theme for the year.

A certified foodie, Dimples enjoys preparing the dishes, and going the extra mile if she has to.

“It shows how passionate you are about things, not only for food but for life.

Their Noche Buena handa usually consists of family favorites, so if someone wants popcorn, she will make sure it’s part of the menu.

And one of their favorite holiday staples is the Christmas ham, which she excitedly says has also leveled up since her preferred brand has more pineapple glaze.