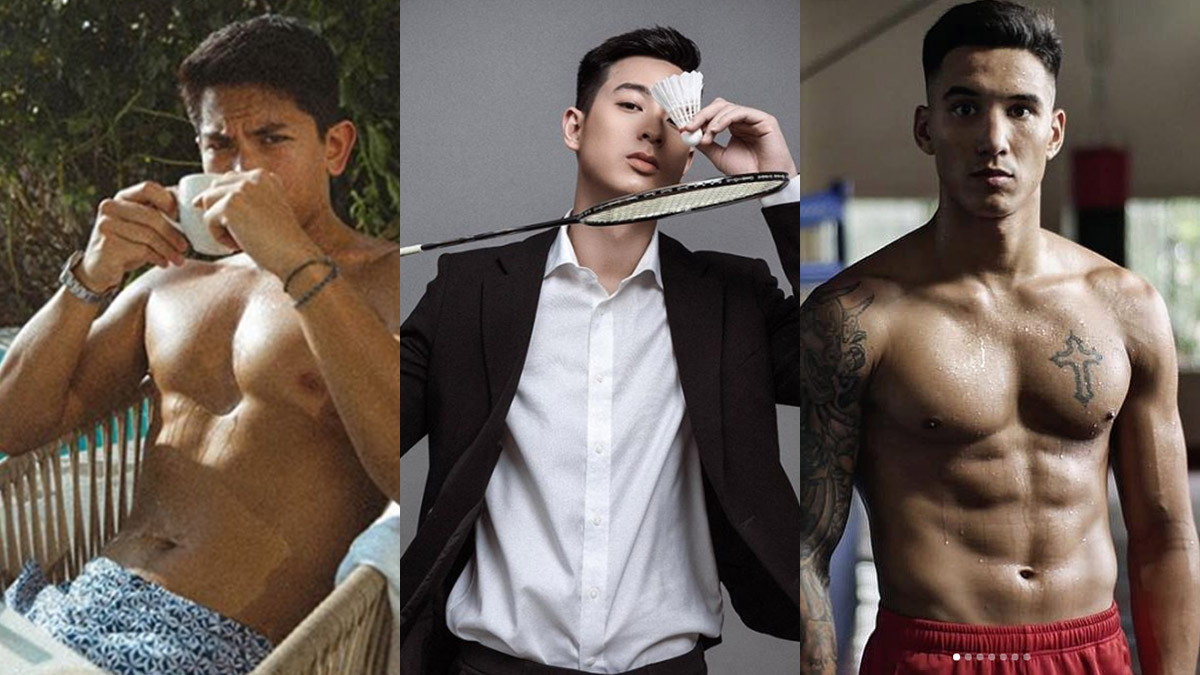 The Philippines will officially welcome the athletes participating in the 30th Southeast Asian Games, also known as SEA Games 2019, this Saturday, November 30.

The opening ceremonies will be held at the Philippine Arena in Bulacan, and will be seen on television in a live broadcast of ABS-CBN.

SEA Games 2019 has had a rough start, following flaws and bunglings by the organizing body, although improvements have been made over the last few days.

Looking at the bright side of the events, PEP.ph (Philippine Entertainment Portal) sets its sights on the most swoon-worthy men participating in this year's games.

Prince of Brunei Abdul Mateen is the sixth in line to the Brunei throne and a member of the sultanate's polo club.

Aside from playing polo, he loves spending his time at the beach, playing football, skiing, skydiving, motorcycling, and boxing.

Prince Abdul is the tenth child and fourth son of Sultan Hassanal Bolkiah with his former second wife, Mariam Aziz.

He is currently the president of the Techno Global Team, which allows "Australian SMB market to have access to Professional Service staff in the Philippines."

Aside from this, he also works as a transformative life coach, fitness coach, motivational speaker, and events host.

The 30-year-old athlete was born and raised in Melbourne, Australia. He moved to Manila in 2013 partly to connect to his roots.

Surliyadin Surliyadin is a professional basketball player who plays small forward for the Prawira Bandung, an Indonesian basketball club based in the city of Bandung, West Java province.

The 29-year-old athlete will take part in the 3x3 Basketball competition of SEA Games 2019.

Pham Hong Nam is a 23-year-old Vietnamese badminton athlete. He will be competing at the Badminton Doubles Event of SEA Games 2019.

When he's not playing, Pham Hong Nam enjoys traveling. He has been to the U.S. and Australia, and still enjoys exploring Vietnam's tourist destinations.

The 24-year-old swimmer made headlines in the 2016 Olympics when he beat the American legendary Michael Phelps at the 100M butterfly competition, and won for his country its first-ever Olympic gold medal.

Aljon Salonga is part of the national water polo team. This 5-foot-9 tanker finished his bachelor's degree in Fine Arts and Design at the University of Sto. Tomas.

During his college years, he won three silver medals and two bronze medals at the UAAP swimming championships.

He is also into modeling and has appeared in several TV commercials.

Widely regarded in Singapore as the best forward of his generation, Ikshan has signed a two-year contract with Norwegian First Division club Raufoss IL early this year—the first Singaporean to play in the European league in over 30 years.

Ikshan is one of the most-followed athletes in the SEA Games this year, with 75,000 followers on Instagram.

Afif Sharief will represent the Philippines at the Karatedo events of SEA Games 2019.

This year, the 27-year-old martial artist has won two medals: a bronze medal during the South East Asian Championship in Bangkok, Thailand, and a gold medal at the Turkish Open Grand Prix Championship in Istanbul, Turkey.

Afif is also an actor who goes by the name Xyrus Cruz.

Nadeo Argawinata is part of the Indonesian football team.

Based on his Instagram, Nade enjoys exploring new places and going to the gym when he is not playing on the field.

In 2017, LR and his national teammates won the first-ever gold medal at the SEA Games’s inaugural ice hockey tournament.

The 24-year-old athlete, who started playing on ice when he was three years old, also enjoys triathlon, autocross challenges, and skateboarding.

Based on his Instagram, Christian grew up in the U.S. before he went back to Singapore, where he pursued ice hockey professionally.

His Instagram posts show him exploring many countries, including Japan in August 2018.

The 21-year-old athlete is a Mechanical Engineering student of the National University of Singapore (NUS), one of the world's top universities.

English-Filipino athlete Marvin John Nobel will compete in the light heavyweight boxing division, the second time he is representing the country at the SEA Games.

Adam Akasyah is representing Malaysia at the Jiujitsu competition of SEA Games 2019.

The 19-year-old athlete got into Jiujitsu through the influence of his father. Aside from Jiujitsu, Adam also learned other combat sports, including Aikido and Capoeira.

At the SEA Games 2015, he won two bronze medals for Singapore, one in the men's singles and another in the team event.

He won another bronze medal at the SEA Games 2017 for the team events.