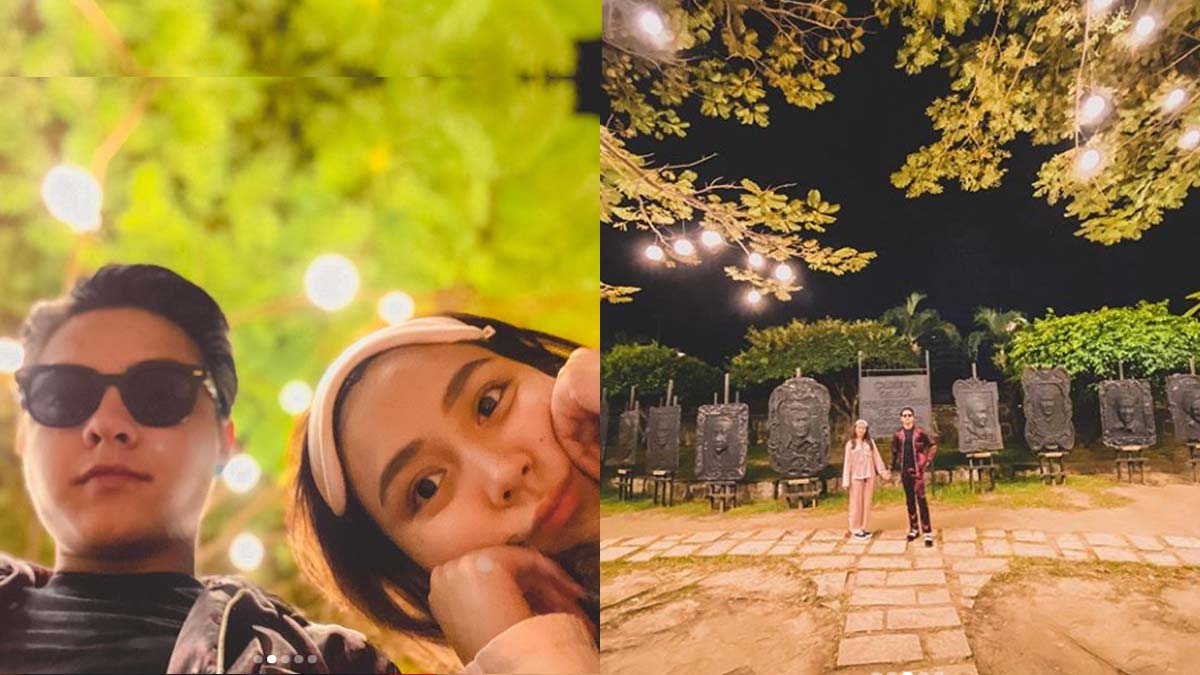 Daniel Padilla had a sweet idea for a holiday date with Kathryn Bernardo: show her what old Manila looks like on a Christmas night.

The young couple made an impromptu trip to Intramuros after a get-together over the weekend.

She wrote, "Went on an impromptu Intramuros date last night after our Christmas party because he wanted to show me what old Manila looks like at night, especially during the holiday season. Tried to look for bibingka too! Sayang ubos na :))"

Some of their celebrity friends got kilig over their impromptu date.

Angelica Panganiban, their co-star in the 2015 remake of Pangako Sa 'Yo, said, "Grabe kayo."

Darren Espanto, their co-star in the 2018 film The Hows of Us, applauded the ingenuity of the date.

Julia Montes, who is known to be close to Kathryn, left three red heart emojis.

Carmi Raymundo, scriptwriter and creative producer of many KathNiel films, gave a suggestion for another Manila date. She said, "May secret little chapel sa Fort Santiago.

"Next time, papuntahin ko kayo dun. I'll ask if they can open it for you two. [smiley emoji]" 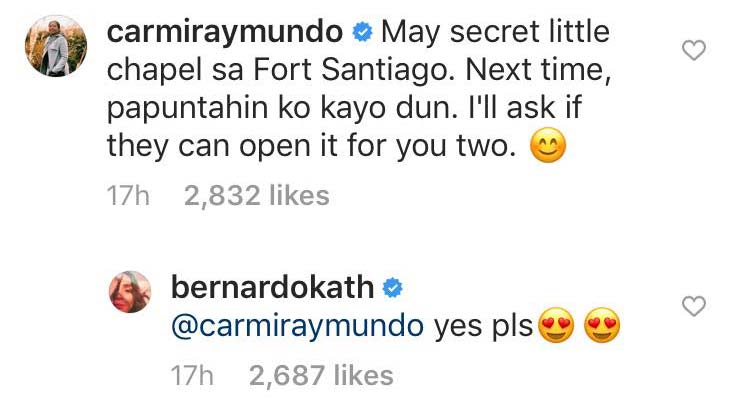