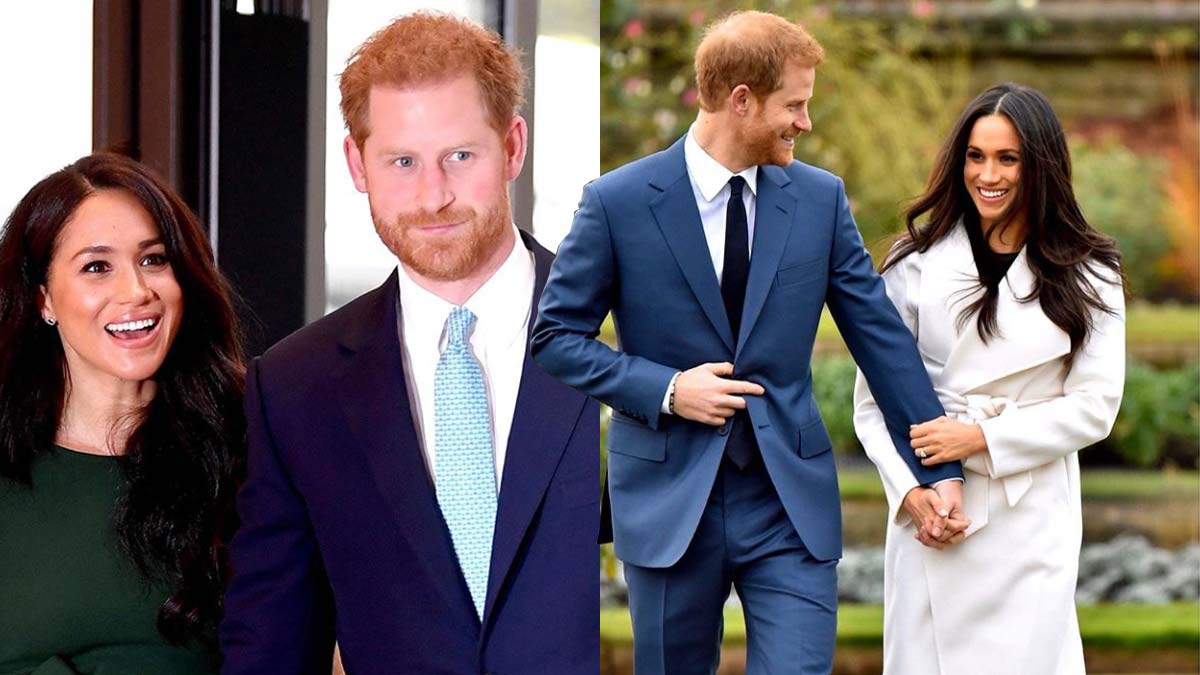 Prince Harry and Meghan Markle announce their intention to "step back" as "senior" members of the Royal Family. Buckingham Palace is reportedly "disappointed."
PHOTO/S: @sussexroyal on Instagram

Prince Harry and Meghan Markle are "stepping back" as senior members of the Royal Family.

The Duke and Duchess of Sussex made this announcement via their official Instagram account on January 8, 2020, U.K. time.

Published as is, the statement begins: "After many months of reflection and internal discussions, we have chosen to make a transition this year in starting to carve out a progressive new role within this institution.

"We intend to step back as 'senior' members of the Royal Family and work to become financially independent, while continuing to fully support Her Majesty The Queen.

"It is with your encouragement, particularly over the last few years, that we feel prepared to make this adjustment."

In addition to this, Prince Harry and Meghan disclose their intention to "become financially independent" and to "balance their time between the United Kingdom and North America."

Published as is, the statement continues: "This geographic balance will enable us to raise our son with an appreciation for the royal tradition into which he was born, while also providing our family with the space to focus on the next chapter, including the launch of our new charitable entity.

"We look forward to sharing the full details of this exciting next step in due course, as we continue to collaborate with Her Majesty The Queen, The Prince of Wales, The Duke of Cambridge and all relevant parties.

"Until then, please accept our deepest thanks for your continued support."

The Duke and Duchess of Sussex have an eight-month-old son named Archie.

A palace spokesperson tells BBC News that the Royal Family was "disappointed" by the intention of Prince Harry and Meghan to step back.

A separate BBC News report adds that they were "hurt" by the statement.

The news outlet also understands Prince Harry and Meghan "did not consult any senior royal before making the statement."

BBC royal correspondent Jonny Dymond suggests the palace's "strong" reaction indicates "a major rift between Harry and Meghan on one part, and the rest of the Royal Family on the other."

Formally, Buckingham Palace has released this statement as the Royal Family's response: "Discussions with the Duke and Duchess of Sussex are at an early stage.

"We understand their desire to take a different approach, but these are complicated issues that will take time to work through."

THE SUSSEXES AND THE BRITISH MEDIA

In October 2019, Prince Harry and Meghan took legal actions against the British media.

The Guardian reported, "Meghan began legal proceedings against the Mail on Sunday after the paper published a handwritten letter she had sent to her estranged father."

This action came with a strong statement from Prince Harry, who launched an "extraordinary and highly personal attack on the British tabloid press."

As reported by The Guardian, Prince Harry said in an official statement: "Unfortunately, my wife has become one of the latest victims of a British tabloid press that wages campaigns against individuals with no thought to the consequences – a ruthless campaign that has escalated over the past year, throughout her pregnancy and while raising our newborn son.

"There is a human cost to this relentless propaganda, specifically when it is knowingly false and malicious, and though we have continued to put on a brave face – as so many of you can relate to – I cannot begin to describe how painful it has been...

"There comes a point when the only thing to do is to stand up to this behaviour, because it destroys people and destroys lives.

"Put simply, it is bullying, which scares and silences people. We all know this isn't acceptable, at any level.

"We won't and can't believe in a world where there is no accountability for this.

"Though this action may not be the safe one, it is the right one. Because my deepest fear is history repeating itself.

"I've seen what happens when someone I love is commoditised to the point that they are no longer treated or seen as a real person.

"I lost my mother and now I watch my wife falling victim to the same powerful forces."

Prince Harry's mother is the late Princess Diana, who died in a car crash in 1997.

The late Princess of Wales was under constant media scrutiny, even after her separation from Prince Charles.

News outlets point to this "fraught relationship" with the British media as one of the major reasons Prince Harry and Meghan have decided to take a step back from the royal spotlight.