Prince Harry and Meghan Markle: What happens next? 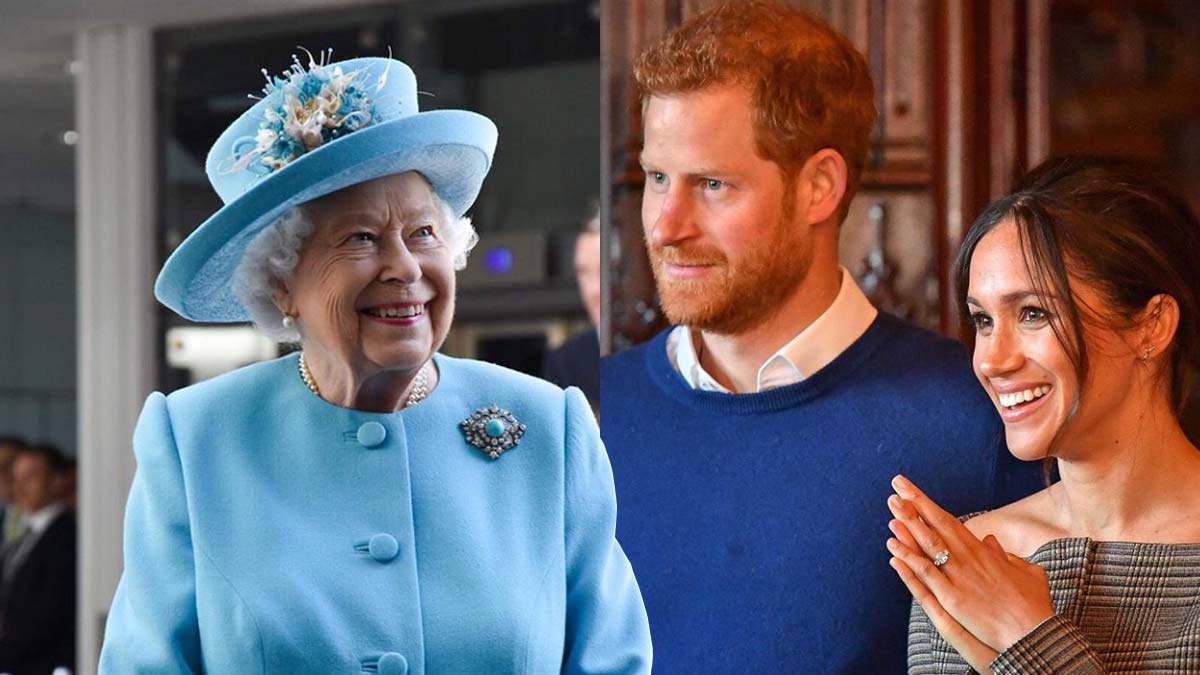 Queen Elizabeth II supports the decision of Prince Harry and Meghan Markle to live an independent life from the monarchy, but still values them as part of the Royal Family.
PHOTO/S: @theroyalfamily / @sussexroyal on Instagram

Queen Elizabeth II supports Prince Harry and Meghan Markle's decision to "step back" as "senior" members of the Royal Family.

Published as is, part of the official statement reads: "My family and I are entirely supportive of Harry and Meghan's desire to create a new life as a young family.

"Although we would have preferred them to remain full-time working Members of the Royal Family, we respect and understand their wish to live a more independent life as a family while remaining a valued part of my family."

The Queen has also agreed to a "period of transition" in which the Duke and Duchess of Sussex will spend time between Canada and the United Kingdom.

Sussex is a county in England.

The Queen also acknowledges the couple's wish not to be "reliant on public funds in their new lives."

With these new agreements, the Queen recognizes the complexity of its setup, and concludes in her statement that "there is some more work to be done."

A final decision is expected to be released in the coming days.

The Queen's statement was issued after senior members of the Royal Family and Prince Harry were summoned for an "urgent meeting" at Sandringham, one of the Queen's estates, on January 13, 2020, U.K. time.

Dubbed the "Sandringham summit," this was the first family meeting after the Sussexes announced their intention of stepping back from the royal spotlight.

Among the senior royals present were Prince Charles, Prince of Wales; and Prince William, Duke of Cambridge.

Meghan, who is presently in Canada with infant son Archie, was meant to join this summit via phone, but reportedly "declined" to do so.

A source told The Telegraph that Prince Harry and Meghan deemed it "unnecessary" for the latter to call in.

Instead, the report says, Meghan "relied on her husband to put their case for a new independent life."

Regardless, the Queen said in her statement that discussions were "constructive."

Upon release of the Queen's statement, royal correspondents and commentators are quick to point out how "personal" the statement is.

Historian Robert Lacey tells BBC Radio 4, "It is remarkably hands-on. I mean it may have been processed through officials but this is the Queen, speaking to her people and speaking about her family, and I think coming right through it is the concern she feels."

BBC royal correspondent Jonny Dymond adds, "This is a remarkably candid and informal, almost personal, statement from the Queen.

"Her regret over Harry and Meghan's move is obvious—she would have preferred them to stay in their current roles."

Nash says, "The statement itself was incredibly striking, just in its personal tone. We see her refer to them as Harry and Meghan throughout.

"It very much comes from her as head of the institution, but also as Harry's grandmother.

"And, you know, you really get a sense of the emotion behind this. It is with regret, but she is agreeing for them to leave and pursue this new life."

But even though that statement has presented a more personal side of the Queen, it doesn't necessary answer how Prince Harry and Meghan will live out a financially independent life and how will the palace recognize the Sussexes moving forward.

Is it possible for Prince Harry and Meghan to make their own money and still keep their royal titles?

As royal commentator Rafe Heydel-Mankoo tells 5 News during a panel interview, it is possible.

He says, "People need to remember that, for example, Princess Eugenie and Beatrice have retrained their royal titles.

"They are Royal Highnesses, princesses, but Eugenie is certainly working for an auction house in New York and a gallery in London."

Princess Eugenie (left) and Princess Beatrice (right) are the cousins of Prince William and Prince Harry.

Princess Eugenie works full-time as a director for an art gallery and Princess Beatrice works as a strategist at a technology firm.

But the princesses do not carry the same royal duties as their cousins Prince William and Prince Harry; thus, they do not receive formal salary from the Royal Family.

Apart from this situation, royal commentator Rafe Heydel-Mankoo also points out that Prince Harry and Meghan have in mind "a much larger project, which has a lot more problems in terms of central mind fields."

But Heydel-Mankoo reiterates that Prince Harry and Meghan can have full-time jobs and keep their royal status.

The thing is, the Sussexes need to make sure that there won't be any conflict of interest.

Heydel-Mankoo continues, "The issue is really avoiding any political nature to any future endeavors that they have and ensuring, if there is a commercial side, it wouldn't have any black bow onto the Royal Family themselves."

WHAT KIND OF WORK CAN THE SUSSEXES DO?

In the same panel interview with 5 News, entertainment journalist Caroline Frost says it will be interesting to see how Prince Harry and Meghan will grow the Sussex brand.

Frost says, "I think that they've reached a new era where their fame, their platform is such that I think that anything they put their fingers on will enjoy the gold dust effect."

Referring to a previous encounter she have had with Meghan, Frost sees that the duchess is "very go-getting, very assertive, but very conscientious of wanting to put her increasing high profile into good causes."

Frost believes this new phase will be "a continuation of that."

She underlines, "For everybody who has accused her of sort of wanting the glamorous lifestyle, the jet-setting life, she has only really turned her hand to good work since she got married."

The Sussexes announced their intention to step back from their senior royal duties on January 8, 2020, U.K. time.