What Yassi Pressman will miss about her Papito Ronnie Pressman 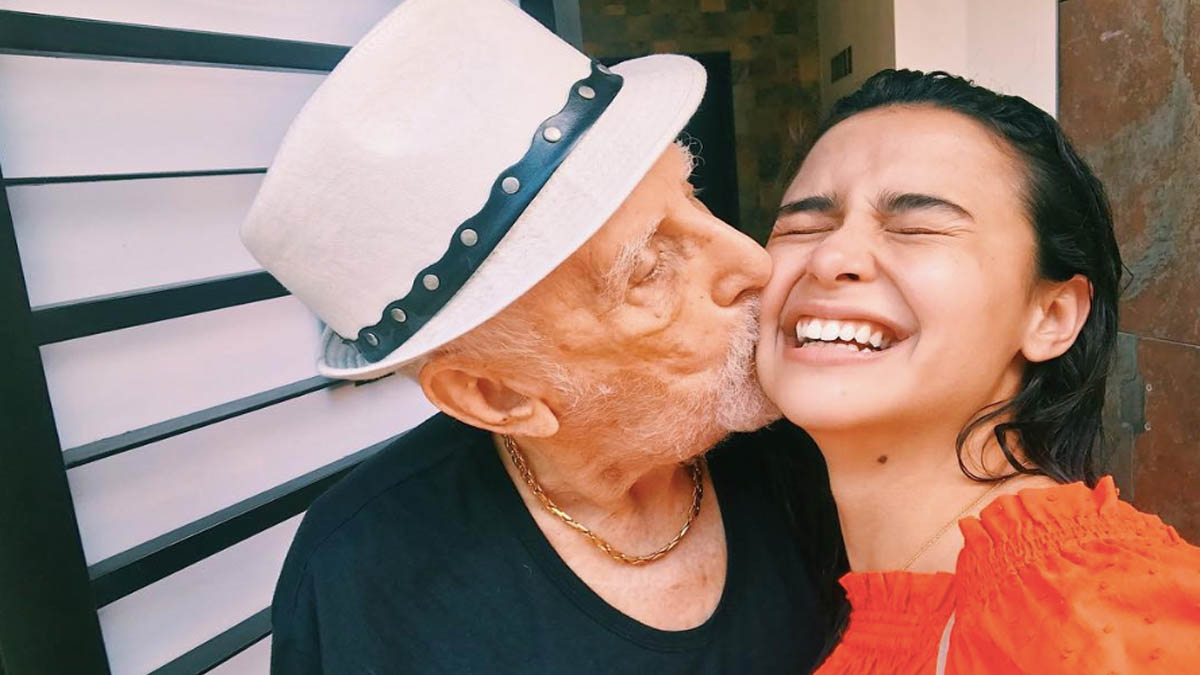 Yassi Pressman is mourning the death of her British dad Ronnie Pressman, her source of strength, her biggest reason in life, her Papito and macho.
PHOTO/S: @yassipressman on Instagram

Words will not be enough to describe how Yassi Pressman may be feeling right now.

The actress is still mourning the death of her 90-year-old British father Ronnie Pressman, who passed away on February 6, 2020.

Those who follow her career would know that she was raised by her dad.

She calls him Papito, sometimes, "macho."

With him around, "I don't need anyone else," said the VIVA talent in one of her Instagram posts.

Ronnie didn't seem to be strict, and, according to his youngest daughter Issa, was "always smiling, and had a great sense of humour."

He dances with his daughters...

...and watches sunsets with them.

HE IS YOUNG AT HEART

Late last year, the Pressman sisters styled him as a 'Street Wear Clothing Brand Model,' and 'launched' his career as an influencer.

In the video posted by Yassi, she asked, "How are you feeling?"

His last update was posted on Father's Day of the same year.

HE IS YASSI'S NUMBER 1 SUPPORTER

Back when Yassi was attending go-sees for TV commercials, her dad was always behind her back.

In a previous interview with Philippine Daily Inquirer, she said Ronnie “just tried to support everything I tried to do … whatever made me happy.”

He also appeared on TV for a number of times to surprise his daughter.

HE DIDN'T WANT YASSI TO WORRY

One time he fell, he decided not to alert the FPJ: Ang Probinsyano leading lady.

HE IS "MY BIGGEST REASON IN LIFE."

No matter how busy she is, Yassi makes it a point to spend time with her dad.

When she guested on Magandang Buhay, the actress-dancer promised, “...I will always take care of you, because you’re my Papito, you’re my ‘macho.’ You just promise to be strong always."

One of her recent posts about Ronnie showed her devotion as a daughter.

"Trust me when i say i have better things to do...Make sure you tell them how you feel, listen to whats in their hearts, always support what they want, and be there when they need you.

"Papa said, to live a happier life, keep only the ones who show you, you're appreciated, important & loved. i do, how 'bout you. ily @ronniethedaddypressman"

Indeed, he has been her motivation, and, as stated in one of her posts, her "biggest reason" in life.

He had the chance to spend the past holiday season with four of them on December 25, 2019, his last Christmas.