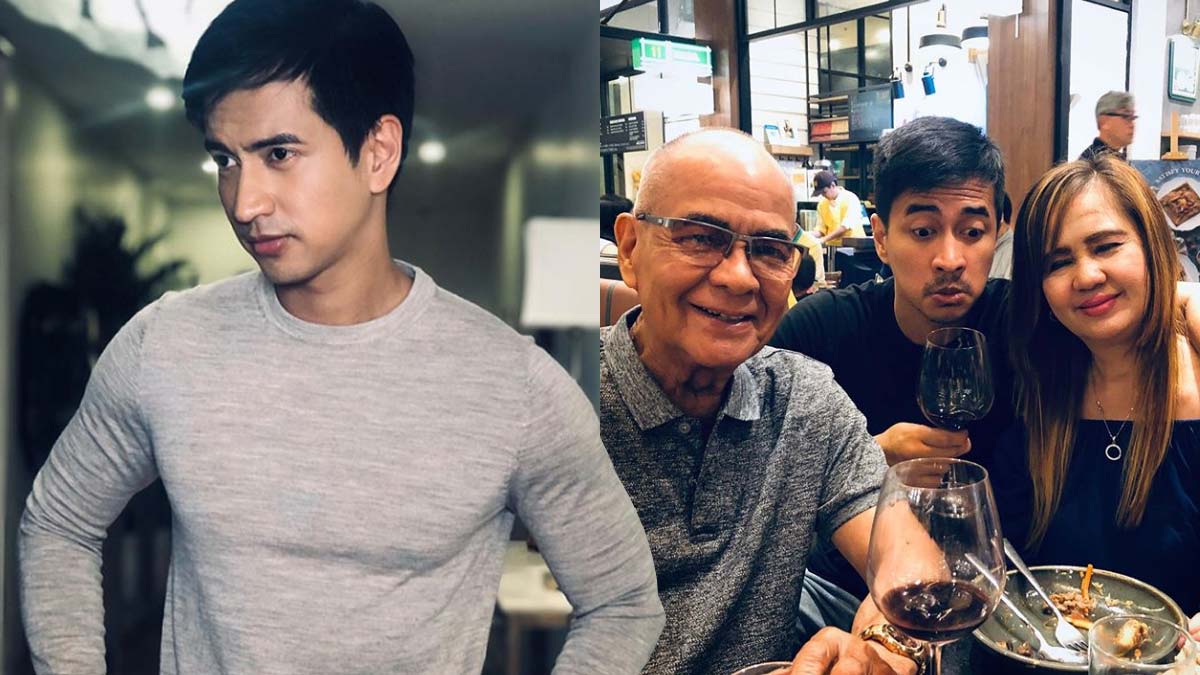 RK Bagatsing devotes weekends for dates with his dad and mom, Boy and Marilou.
PHOTO/S: @bagatsingrk on Instagram

Since RK Bagatsing began his acting career, he has been setting aside a big chunk of his earnings for the needs of his parents.

He tells PEP.ph (Philippine Entertainment Portal) it makes him happy that he can now afford to spoil his mom and dad, and he won't have it any other way.

RK is second to the youngest among the eight children of Boy Bagatsing, 75, and Marilou, 55.

"Of course, I gotta be smart in the future, pero natutuwa ako, e, taking care of my family, especially my parents, especially my dad is 75 years old already.

"I wanna make the most of it. I wanna make him happy. Kasi iyong mga kapatid ko, nasa ibang bansa na.

"So, I've always been the guy, or the son, I don’t know what you call it. Observant kasi ako, e.

RK is the third of the siblings to enter showbiz after actor Raymond Bagatsing and former actress Monina Bagatsing.

The ABS-CBN talent says he makes it a point to take his father and mother out on weekends.

He says, "Lumalabas kami tuwing weekend for lunch and movies. You know, get to catch up."

The 31-year-old star admits he's a bit bothered that his being an actor may be giving the wrong impression to others.

RK says that splurging on himself or on personal indulgences is out of the question, and that his biggest expense thus far is his car.

"And I look forward to finishing that, so I can look into other things like, maybe, my own place? Iyon iyong tinatarget ko talaga.

"I don't have much savings because it's only now that I get to pay my car. I bought a car.