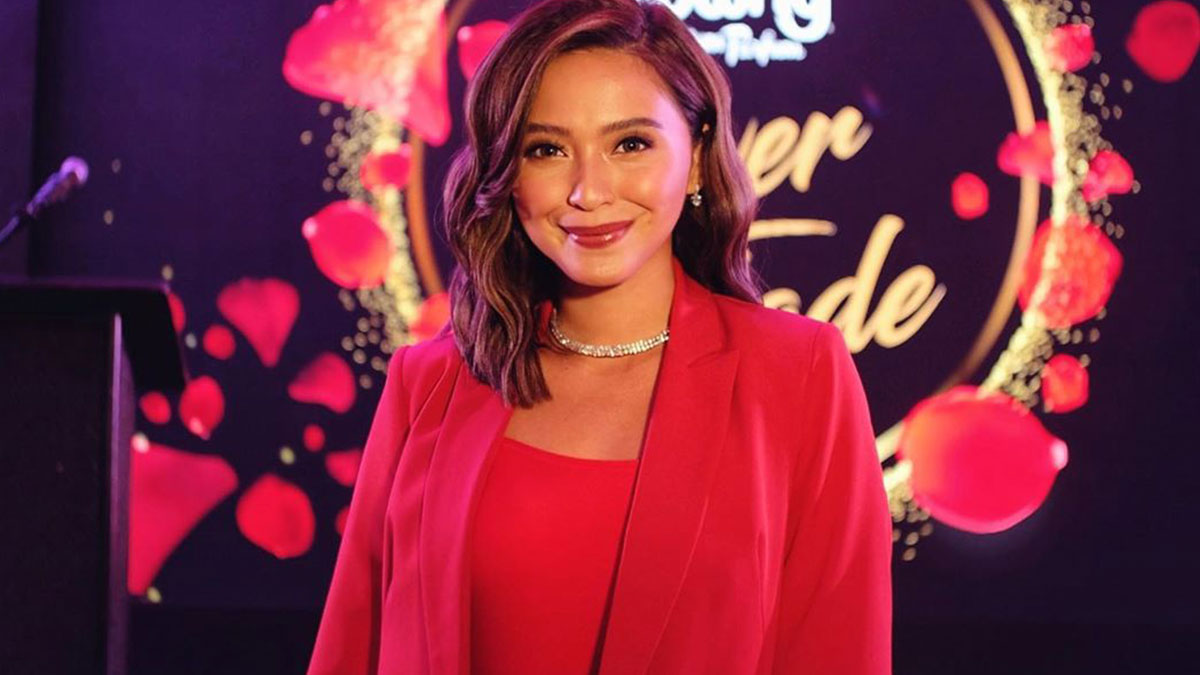 Joyce Pring is adjusting to her new life as Mrs. Juancho Triviño.

After tying the knot in an intimate Christian wedding ceremony on February 9, at the Sofitel Philippine Plaza in Manila, Joyce and Juancho have since moved into their new home.

Joyce revealed, "Maraming adjustments like, I've never shared a bed with anyone, like, living with someone is so different.

"May kailangan kang alagaan sa bahay, to make sure that there's groceries. Small things like that."

But the good thing is, Joyce gets to see and spend time with Juancho more.

She said, "If there's any good change, it's that we don't have to worry about scheduling anymore.

"'Cause before, if hindi kami magkasama sa Unang Hirit, hirap kaming magkita. As in a week would pass by that we don't really get to see each other.

"But now that we're married, it's nice 'cause we get to spend a lot of time together."

For some newlywed couples, navigating the transition from single life to married life can be quite tricky. But Joyce said attending pre-marital counseling sessions with Juancho has helped make that transition easier.

"Everything was arranged or at least we talked about it before we had gotten married."

She and Juancho started going to pre-marital counseling sessions even before becoming engaged.

"Kasi, usually naman pag boyfriend-girlfriend kayo, meron kayong intention to really get married. And I feel like just having that talk before you even get engaged, it clears a lot of things out.

"Mahirap iyon, di ba? So it's better to talk about it before you get engaged or married."

The Kapuso talents also made sure to secure their new home before getting married.

For Joyce, this helped smoothen their transition into married life.

She explained, "With Juancho and I, we made sure that we arranged something already to be our house after we got married.

"One, because we were excited to live together—to get married and live together. And two, I feel like it's really important to make sure lang na meron kayong titirahan pagkatapos."

Joyce acknowledged many couples may not be able to their own home right away, but noted that adjusting to married life becomes easier if the couple focuses on themselves first.

"But for me, it's important to have like, the privacy, at least, in the first few weeks or first few months of your marriage.

"Kasi you'll get to know each other a lot di ba? Marami kayong idi-discover sa isa't isa. And the adjustment period would be easier kung kayong dalawa lang."