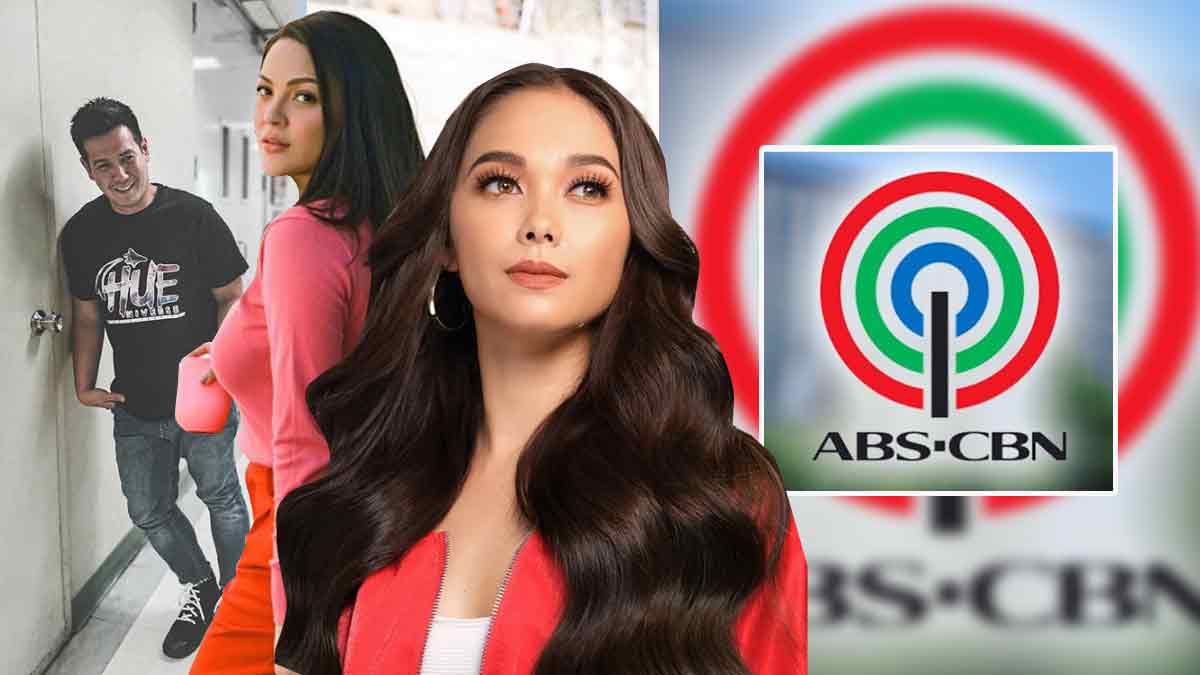 John Prats, KC Concepcion, and Maja Salvador thank the Kapamilya network for being a big part of their personal lives and showbiz careers.
PHOTO/S: @johnprats / @itskcconcepcion / @iammajasalvador on Instagram

May 5, 2020 is a day the broadcast industry will never forget.

On that date, media giant ABS-CBN officially went off the air at 7:52 p.m. in compliance with the Cease and Desist order of the National Telecommunications Commission (NTC).

NTC cited the expiration on May 4 of the Kapamilya network's 25-year franchise to broadcast on radio and television.

Over those long years, ABS-CBN has served as a second home to more than 11,000 employees, contract artists, and talents.

The news of ABS-CBN shutting down has sidelined the COVID-19 crisis.

Whereas it has become a habit to post their activities at home during quarantine, former and current Kapamilya stars now fill their personal social media accounts with reminiscences of their years with the network.

KC's story with ABS-CBN began way before her launch in showbiz.

Being the daughter of Megastar Sharon Cuneta, KC grew up romping around the hallways of the Kapamilya building.

Personalizing the network, she wrote in her post, "You've been home since I was a child.

"At 6 or 7 years old, running up and down your hallways, rollerblading around the studio lot, I would wait for my mom to finish recording and taping her show.

"I'd be peeping into the studio doors to watch artists film on set, always wishing I was one of them."

She also honed her hosting and acting skills within the walls of ABS-CBN.

KC further wrote, "And at 23, after intense acting/dance workshops and language training, officially, that dream happened."

The now 35-year-old celebrity endorser started as a guest host in her mom's musical talk show Sharon from 2006 to 2010.

She then had her own show in 2008, the drama-docu series KC: From Paris to Pinas.

One of KC's first major acting roles was in 2009 when she played Vivian in the Philippine adapation of Lovers in Paris, a popular Korean drama at the time.

Later on, KC hosted shows such as The Buzz, Simply KC, and Star Circle Quest Kids in 2010, and The X Factor Philippines in 2012.

She also appeared in teleseryes such as Huwag Ka Lang Mawawala in 2013 and Ikaw Lamang in 2014.

Published as written, KC continued: "You have been my home and more.

"You changed me, taught me, trained me, opened my eyes, taught me about life, gave me purpose, helped make me fly...

"I can't imagine Philippine TV without you and our Kapamilya on camera and production teams, show runners and crews that make up the machine.

"It blows my mind how we literally woke up one day and everything changed.

"Dear God, may we see Your hand in all of this.

"I love you Kapamilya."

ABS-CBN has been Maja's second home for 17 years.

An award-winning actress and an all-around concert performer, Maja is one of the network's homegrown talents.

Maja started as one of the cast members of the 2003 teleserye It Might Be You.

Then the actress top-billed one of ABS-CBN's biggest hits in 2017, the revenge drama Wildflower.

John has been an ABS-CBN talent for 28 years.

When the network went off air, the actor-performer dedicated a series of Instagram posts to show his unwavering support and express his distress.

John then put up a photo compilation of his various television projects starting from his time as a child actor until today.

Even before Jericho became an actor, the Kapamilya network was a source of comfort for his family in their old home.

In his post, the actor recalled the last seconds before ABS-CBN screen went blank on May 5 and how it tore him to pieces.

Jericho had been a part of ABS-CBN since the late '90s.

His breakthrough role came in 2000 when he played Angelo in the hit primetime series Pangako Sa 'Yo.

Jericho became a household name and one of ABS-CBN's bankable stars.

His last teleserye project with the network was the 2018 series Halik.

Andi thanked ABS-CBN for being her home during her formative years as an actress.

The now mother of two wrote: "No matter how far away I may be from the limelight, ABSCBN will always be home.

"I am forever grateful for everything they have done for me.

"I will always and forever be a kapamilya."

Andi's breakthrough role was in the ABS-CBN series Agua Bendita in 2010.

Her last TV drama was in 2016 when she joined the cast of The Greatest Love.

Jennica offered a touching twist in her narration on how ABS-CBN helped change her life for the better.

Jennica is the daughter of seasoned actress Jean Garcia.

In her message of support for the Kapamilya network, the actress turned parenting blogger narrated a time in 2000 when her mom Jean was part of the hit teleserye Pangako Sa 'Yo.

At that time, Jean was a single mother trying to make a showbiz comeback after working in Japan to provide for Jennica's education.

Jennica then drew attention to the thousands of employees who will be affected if the shutdown continues pending the congressional passage of the network's franchise renewal, if not a provisional franchise.

The Lower House still has to act on ABS-CBN Corporation's application for franchise renewal that was filed in 2016.

Kim realized her dream to become an actress-performer when she won "The Filipino Channel (TFC) Pop Star," a singing contest organized by ABS-CBN's Middle East bureau.

This win led her to represent the Middle East region in the 2009 edition of World Championships of the Performing Arts, held in Los Angeles, California.

The contest earned her the title of "Senior Grand Champion Vocalist of the World."

Fourteen years passed and Kim has become one of the faces of the Kapamilya network.

She will "forever be grateful to the home that opened doors to this little OFW child."

Jairus has been a Kapamilya talent since 2006.

At that time, he was known to many as "Pareng Jomar, ang pambansang bespren" of Makisig Morales's character Super Inggo.

It was in this fantasy-superhero series where Jairus kick-started his career as an actor.

In the beginning, acting on the set felt for Jairus like playing in a playground until he realized the depth of his craft.

He looked around and saw he was surrounded by creative and technical experts willing to help him become a better actor.

"lets all pray for the greater good kapamilya."