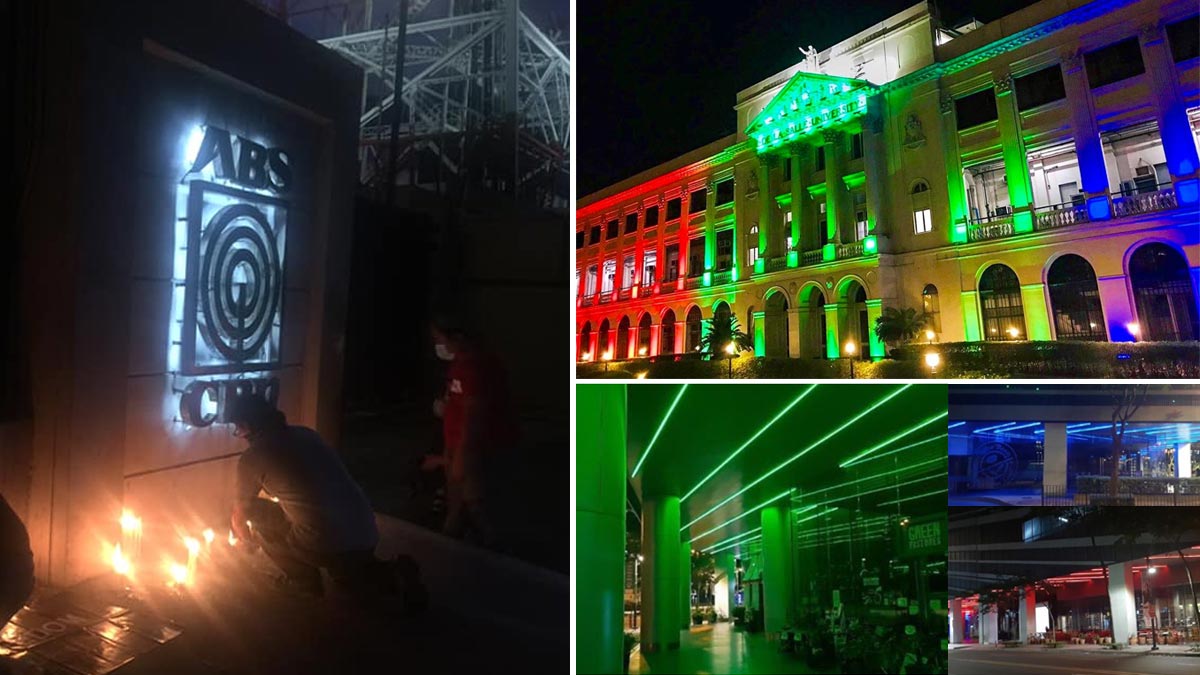 The shutdown of media giant ABS-CBN has sparked outrage from journalists and an outpouring of civic compassion nationwide.

Among the first to demonstrate their support for the Kapamilya network are the De La Salle University (DLSU) and the real estate developer The Net Group (TNG).

Merely two hours after the station stopped broadcast operations on the night of May 5, 2020, the facade of St. La Salle Hall lit up to send a message.

The university posted on Facebook and Twitter a photo of their most historical building ablaze in the red, green, and blue colors of the Kapamilya network with this caption:

"In solidarity with ABS-CBN, its employees, and the millions of Filipinos who depend on the broadcast network for news and information, De La Salle University lights up the iconic St. La Salle Hall in the colors of the company to appeal to the National Telecommunications Commission to grant provisional authority for the continued operation of the network."

The photo, which has earned over 46,000 shares at press time, was taken by Br. Edgar Esparagoza FSC of the De La Salle Brothers.

At the Bonifacio Global City, real estate developer TNG illuminated the open walkways of their buildings Six/NEO and Seven/NEO in ABS-CBN colors.

The photos taken by TNG Co-President and NEO Office CEO Ramon D. Rufino were uploaded by ABS-CBN News on Facebook on May 6.

ABS-CBN, meanwhile, brightens up their Eugenio Lopez Junior Communications Center with a big heart in the middle of its signature colors to express gratitude to their supporters.

The bird's eye view of the familiar building.

Until it closed down later in the night.

The TV giant is currently working to obtain a Temporary Restraining Order against the CDO.