Inis does not have to turn into away; Iya Villania, Drew Arellano tell how 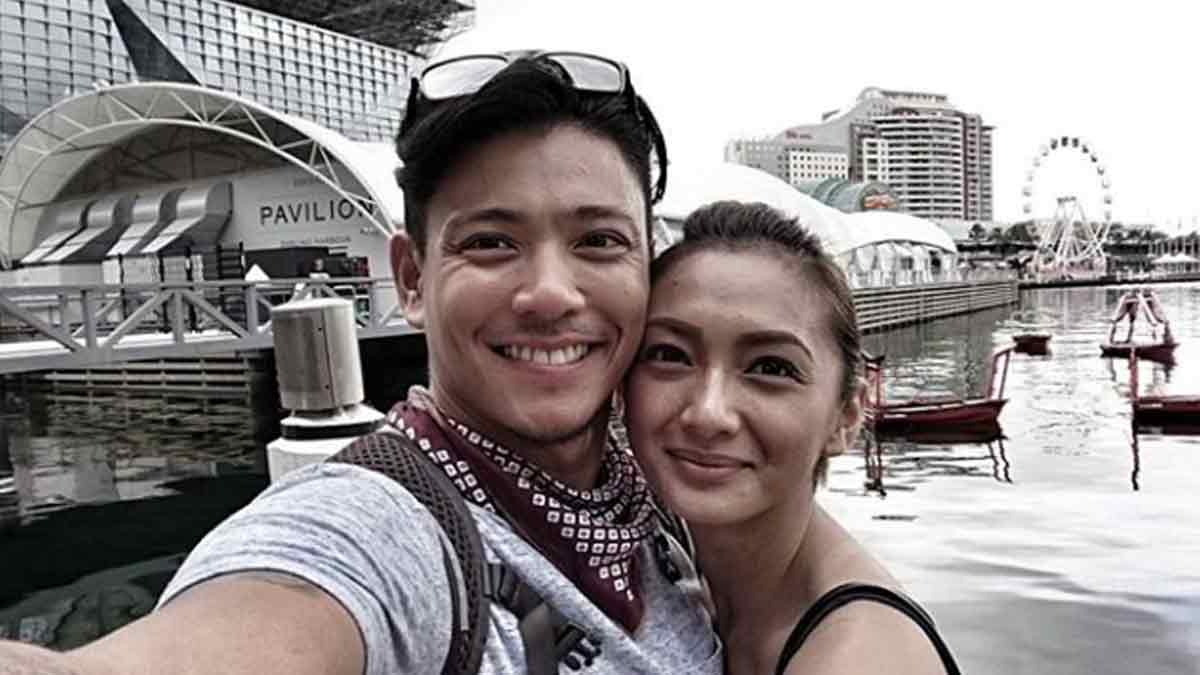 When Iya Villania and Drew Arellano went online as guests of Bianca Gonzalez in her Instagram Kwentuhan sessions, the issue at hand was the inisan between mag-asawa.

Iya then recalled an instance that vexed her particularly now with the enhanced community quarantine (ECQ) still in effect.

She began her long narration: "Ever since the ECQ started, parang we've learned not to wake up as early as we normally do.

"We really take our time in the morning, we really wait for the kids to wake up.

"Ang problema lang doon, when we get out of the room late, medyo late na rin kami nakakapag-work out."

And because their usual routine has always been to work out first before breakfast, it also means late breakfast for them.

BE MORE ATTENTIVE, SENSITIVE TO THE NEEDS OF YOUR PARTNER

But on that particular day, their three-year-old son Primo wanted to do a quick lesson on his iPad just as Iya and Drew were getting ready for their workout.

The celebrity mom continued, "Just before we were about to go for our workout, Primo wanted to learn.

"By the time I got started with my workout, iniisip ko, 'Sana tinulungan ako ni Drew…'

According to Iya, she got to thinking, "Parang, 'Love, next time'—lalo na mabilis siya kumilos sa umaga—'maybe next time you can help Primo with learning para naman I can do my thing in the morning?'"

when you're mad, "cool down" first

But instead of telling Drew what was on her mind right there and then, Iya waited until she had simmered down.

Airing his side, Drew said he did notice that Iya was acting a bit strange at that time, "You know how girls are, di ba?

"You gotta read between the lines, right? She's not gonna be vocal about it.

Iya and Drew did talk things over, which the Kapuso talent initiated once she cooled down.

She recalled telling him, "'Love, can you just help me with this? With Primo?'"

Iya went on to say that Drew realized his shortcoming and quickly apologized.

"Sabi niya, 'Favor lang din. Just tell me when you need help.' Because I guess guys, they can't really read between the lines.

"So, for Drew's sake, he was like, 'Okay, para hindi na maulit ito, just tell me when you need help and don't wait na lang for me.

"'Don't expect me na lang to pick up on these things right away.'"

The Biyahe ni Drew host also explained himself, "Ako rin naman kasi, with my personality and how I go through the day…

"YOU REALLY HAVE TO SAY IT"

Iya then shared how misplaced expectations in relationships can only lead to disappointment.

She said, "It's really important to communicate. Don't expect your partner to read between the lines and to pick up on things right away. You really just have to say it.

For his part, Drew appreciated that Iya let some time passed before communicating her needs.

Drew stressed that he and Iya have known each other's quirks so well to get into big fights over petty issues.

He said, "Kahit papano, we have an advantage a little bit because we've known each other a long time.

"Baka you can use this, guys, this really weird time to find out about each other.

Iya and Drew have been a couple for 16 years.

They are currently expecting their third child.