Remember when Angel Locsin sold her vintage car for charity? 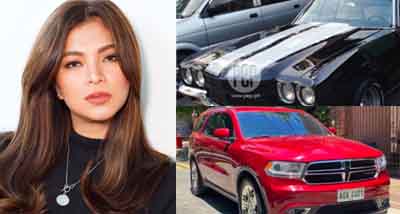 The news about Angel Locsin donating her 2015 Dodge Durango to buy more COVID-19 test kits did not surprise her fans.

After all, it was not the first time she is selling a car for charity.

Remember how she made healdlines in similar fashion seven years ago?

She auctioned off her 1970 Chevrolet Chevelle to benefit the victims of Super Typhoon Yolanda.

Initially, the actress wanted to sell her vintage car to a direct buyer, with the proceeds going to the Sagip Kapamilya Foundation. The transaction was under wraps.

After PEP.ph and TopGear.ph named her as the "good samaritan," Angel confirmed in her interview with the defunct show Kris TV on November 14, 2013, that she was indeed the owner of the car, which was the same model driven by Dwayne "The Rock" Johnson in the movie Fast and Furious 6 (2013).

But instead of selling it, the Kapamilya star decided to auction it off through Shop & Share, which she launched in 2009 to support typhoon victims.

Kris threw in that her show read the report on PEP.ph, and verified it with Tina Monzon-Palma, the head of Sagip Kapamilya programs of ABS-CBN Foundation Inc. 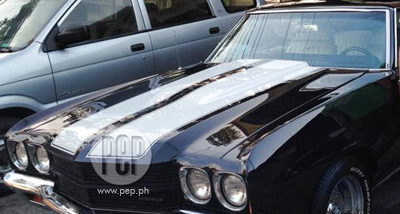 When asked why there was a vitage car with "all-original body kit" in her garage, she replied, "Pangarap ko kasi talaga yun, e.

Why did she let go of it?

Her answer then is most likely the reason she's selling her 2015 Dodge Durango now.