Korean celebrities who actually lived in the Philippines 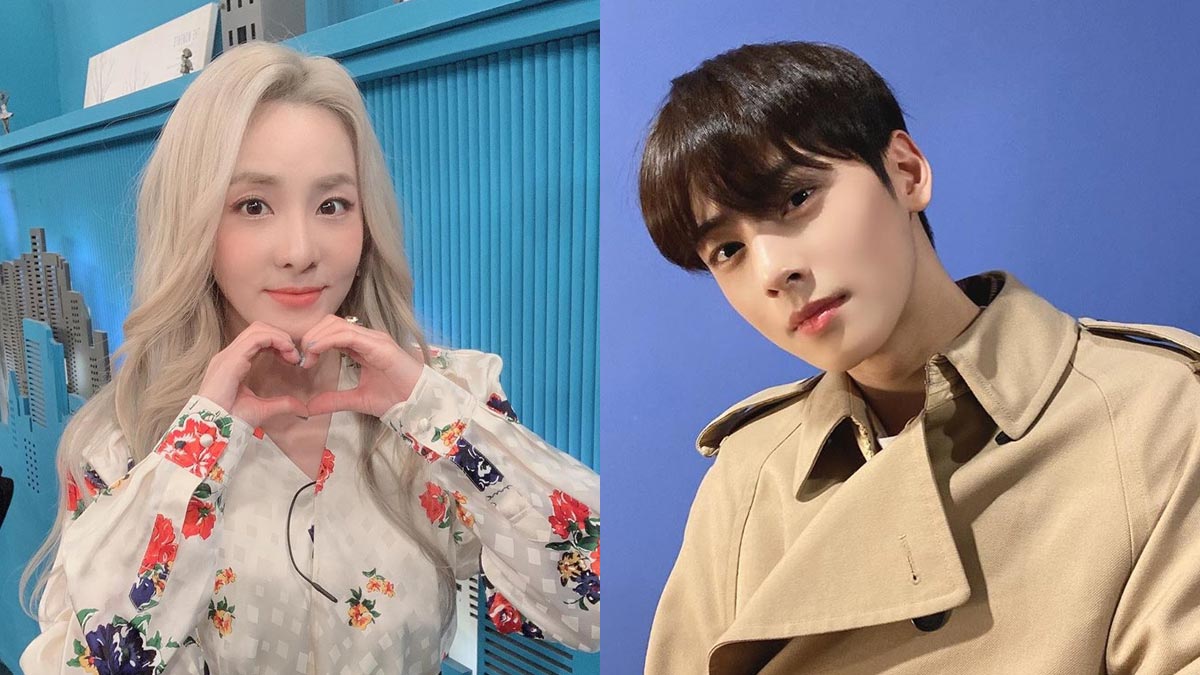 Sandara Park (left) and Cha Eun Woo (right) are just two of the K-pop idols who have fond memories of the Philippines.
PHOTO/S: @daraxxii / @eunwo.o_c on Instagram

Whether they lived in the Philippines to build their businesses or to simply study English, these Korean celebrities found something even better: another place they can call their home!

It's truly heartwarming to see them talk fondly about their stay here whenever they're asked about it.

And who knows? You probably bumped into them at some point and had no idea!

Check out the list of Korean stars who lived in the Philippines below:

If you're wondering why Cha Eun Woo sang the hit OPM song "Kathang Isip" so well, that's because the K-drama hottie once lived in the Philippines!

During his fan meeting back in 2019, he revealed that he studied English for six months in Tagaytay. He was then in Grade 4.

We all know him from My ID is Gangnam Beauty, but Cha Eun Woo is actually one of the many K-pop idols who ventured into K-drama as he is a part of the K-pop group ASTRO.

Korean celebrities speaking in Tagalog is enough to make our hearts swoon, but can you imagine a Korean cutie speaking in Bisaya?

Well, let us introduce you to iKON's Kim Jin Hwan who lived in the Philippines for seven months.

In an interview for 2017 Arirang Radio, you'll find him surprising fans with his knowledge of the Bisaya language.

It's pretty impressive for him to learn a language that quickly!

The Goblin actor Yook Sung Jae feels very attached to the Philippines not just because he's visited the country many times as an actor and as a member of the K-pop group BTOB.

During his fan meeting back in 2018, he revealed that he briefly lived in Cebu a few years back—probably why he also continues to try and study not just Tagalog, but also Bisaya.

Apart from Sandara Park, Son Dong Woon of Highlight (formerly BEAST) is one of the first Korean celebrities who revealed their connection to the Philippines, and he's not afraid to show it.

During BEAST's 2016 fan meeting in the Philippines, he endearingly introduced himself as "Dong Woon from Sta. Rosa," to which his bandmate, Yoseob, responded, "Hello! Nice to meet you! My name is Yoseob. I'm from Korea."

In 2017, when the My Love From The Star actor came to Manila for an endorsement, he revealed, “I came here in the Philippines when I was young to travel."

His fan pages further revealed that he previously stayed in the country because of his mom’s business. His English tutor was also a Filipina.

Our "Pambansang Krung-Krung" Sandara Park will always have a special place in our hearts, as she does for the Philippines.

She never fails to look back on her experience here, even tweeting from time to time in Tagalog, craving for sinigang, and thanking her fans for the DVDs of all the latest Pinoy rom-com movies.