Film and television celebrities who are proud Thomasians 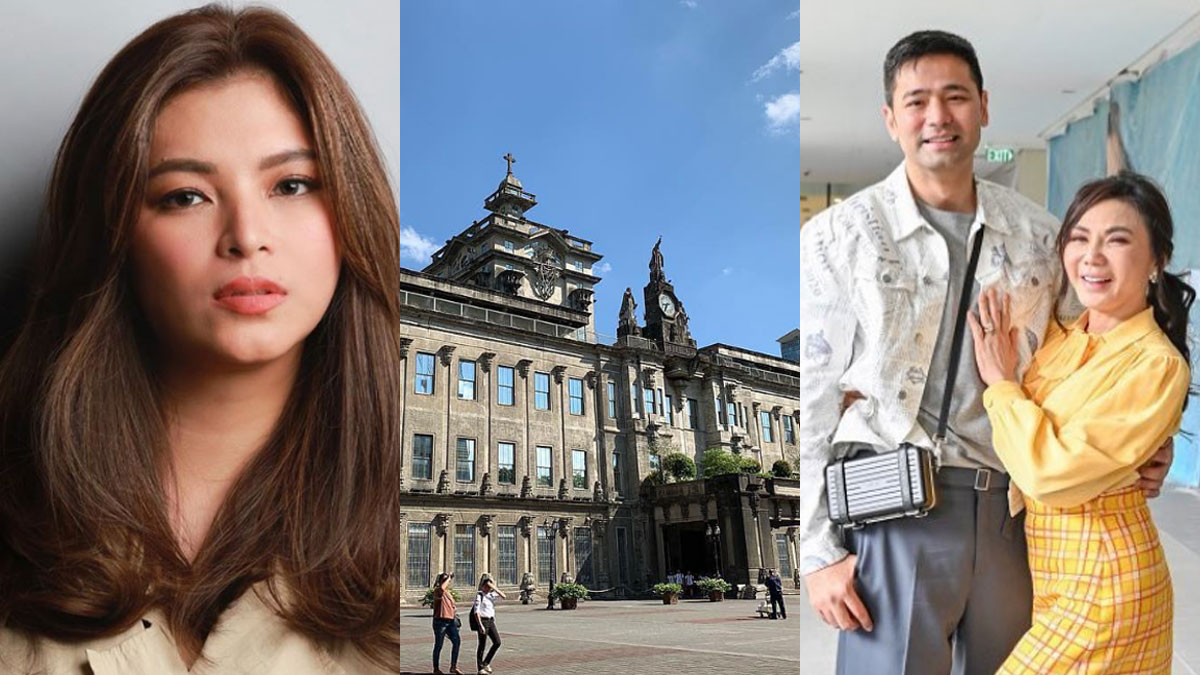 In April, the University of Sto. Tomas celebrated its 409th anniversary

And being the oldest existing university in Asia, the number of its successful alumni in different walks of life runs in the thousands.

Fun fact: Charlene and Piolo sat as the models for the figures in the Quattromondial Monument standing at the Quadricentennial Square in the middle of the campus.

The ten-meter-high structure cast in bronze and glass was made by contemporary Filipino sculptor Ramon Orlina, who is also an alumnus of UST. It was unveiled on the 400th or quadricentennial anniversary of the university in January 2011.

More fun facts: here are the successful personalities in film and television who have Thomasian blood in them.

Maricar Reyes-Poon is a non-practicing licensed doctor. She studied medicine at the University Sto. Tomas after taking up her pre-med course at the Ateneo de Manila University.

She passed the medical licensure exam in 2008, the same year she starred in her first televison project, Komiks Presents: Kapitan Boom.

In a blog posted in March 2019, Maricar said she was in her second year at the med school when she realized becoming a doctor wasn't her ultimate dream anymore.

She recounted, "Then reality hit me. I could endure long study hours and loved seeing people get better. But when I made some money on the side as a model, I wanted to invest it.

"So I told my dad I wanted to quit med and get into modeling full time. My new dream was to save money and start my own business."

She first became a versatile character-actress before finally achieving her dream of starting a business, Maricar's Chocolate Cakes.

Showbiz couple Chynna Ortaleza and Kean Cipriano are both Thomasians.

Chynna finished her bachelor's degree at the university's Faculty of Arts and Letters.

Meanwhile, Kean had been taking up Commerce for a year when he decided to enroll at the university's Conservatory of Music.

But, ultimately, he chose to focus on his music career with his band Callalily rather than finish his studies at UST.

Kean also attended the Entrepreneurs School of Asia for a degree in business administration.

If given the chance, Kean would love to back to school and study Advertising.

Before becoming an actress, Iza was an Advertising Arts student at the UST College of Fine Arts and Design.

In a previous interview with PEP.ph, Iza revealed that she was once a little "pasaway" in college.

She recalled, "Nung college nga, I was barely going to school. Alam mo yung talagang I really had no focus."

Iza said she wanted to shift courses, but she wasn't allowed because she was not doing well in her major subjects.

"But they were saying that because I dropped my major subjects, I wasn't going to be allowed to transfer.

"So, I was naka...floating ba. I was only taking minor subjects, three subjects per sem. So, parang wala talaga. I had no, parang no direction."

She was in her third year in college when she decided to focus on her showbiz career.

As a matter of fact, her pageant journey practically started at the university.

Before being crowned Miss Universe 2012 1st runner-up, she was named the university's Miss Pharmacy in 2009.

In 2010, she won the campus-wide pageant, The Search for the Ideal Thomasian Personality.

A month later, in March, she flew to Guam where she passed her licensure exam in Physical Therapy, which allows her to practice the profession abroad.

By May 1999, she represented the country at the Miss Universe pageant where she won as 1st runner-up.

Celebrity beauty doctors Vicki Belo and Hayden Kho completed their degree in Medicine and Surgery at the University of Santo Tomas.

Hayden also finished his pre-med course in Medical Technology at the university.

It was also in UST where Vicki and Hayden first met.

In an interview with Inquirer, Vicki recalled, "We met in a beauty contest, Mr. and Ms. Medicine at UST (University of Santo Tomas). We were both judges.

"I’m very grateful to my alma mater because, without UST, I wouldn’t be where I am today. So when they ask me to do things like that, I go."

But his college life was made colorful by his love for acting. He was a freshman when he joined the university's theater guild, Teatro Tomasino, where he also met his "ates"—the late Direk Wenn Deramas and Direk Don Cuaresma, including ABS-CBN executives Roxy Liquigan and Lui Andrada—who helped him enter showbiz.

The Kapamilya actor briefly joined That's Entertainment before going full-time as a college student in UST, where he initially took up AB General Education then shifted to Physical Therapy.

Just like John, he was also a member of Teatro Tomasino.

The university has a high-school department, which was founded in 1928. Two of its known students are:

According to Varsitarian.net, Angel was a student in the UST Pay High school from 1998 to 1999. At that time, she was also a member of the varsity swimming team. Angel focused on her showbiz career after high school.

It was only in August 2007 when she was able to go back to school. She attended a short-course in fashion design at the Central Saint Martins College of Art and Design in London.

Sarah spent half of her high school years at the UST Education High School. When juggling her time between her showbiz career and studies became too tough to handle, Sarah switched to the homeschooling program of Angelicum College.

Sarah received her high school diploma on April 30, 2007. In college, she attended the University of the Philippines Open University and finished Associate in Arts degree.