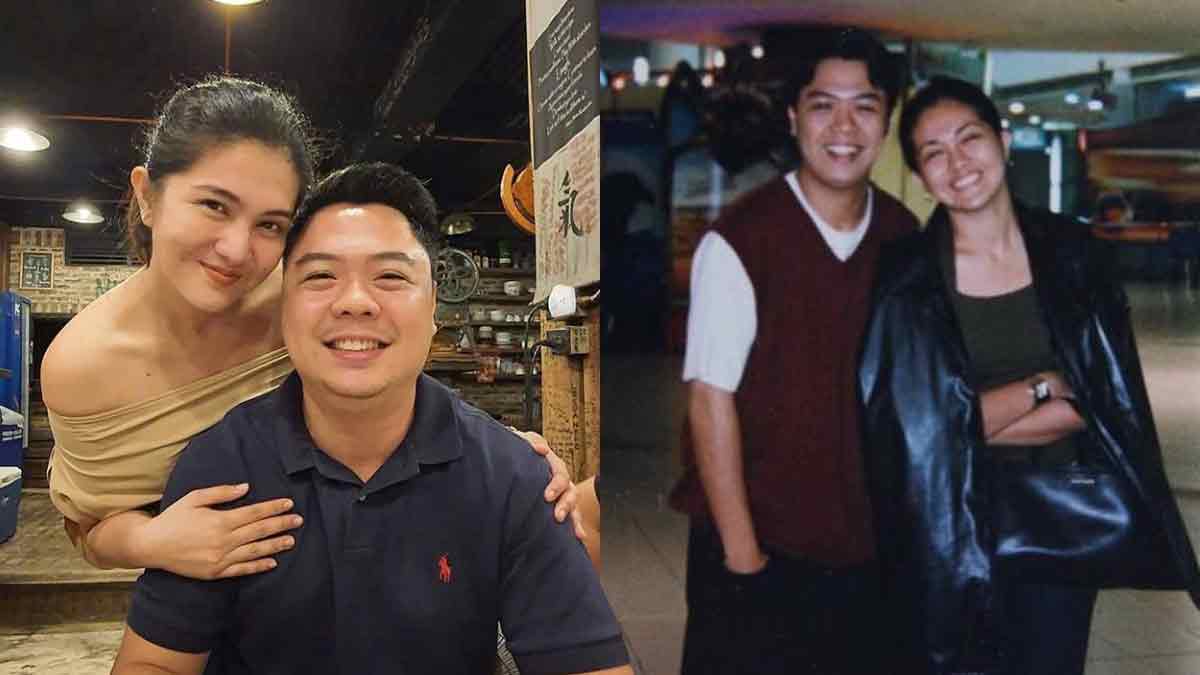 Dimples Romana says in a livestream interview that her respect for her husband Boyet Ahmee as a friend is as much for keeps as their marriage.
PHOTO/S: @dimplesromana on Instagram

Thanking everyone who celebrated the milestone with them, Dimples also reflected on their marriage.

For one, the ABS-CBN actress learned that love is a choice that she must stick to through thick and thin.

Her Instagram caption read, published as is: "Keeping the love alive and staying together was a choice we had to make everyday.

"And it's a choice we happily say yes to each time.

"If you find someone who annoys you all day and still is someone you can't live without, KEEP them.

"If you find someone who finds you at your most beautiful when you're not wearing any make up on, KEEP them.

"When you find someone who protects you and makes you feel secured, KEEP them.

"When you find someone who is there for you when everyone else are turning their backs on you, KEEP them.

"When you find someone who pours you coffee and serves you food Kahit pa nagtatampo sila sayo, KEEP them.

"When you find someone who supports your dreams as an individual, KEEP them.

"When you find someone who can be both a lover and bestfriend to you, KEEP them.

Dimples then ended her message with a reminder that marriage shouldn't be about "perfection and expectations," but a "conscious effort to love, to care, to accept, to forgive, to believe, to have faith, to hope and to embrace, and doing it over and over again, everyday, all day."

A month ago, Dimples and Boyet appeared as guest speakers on Bo Sanchez's livestream show Fulltank.

On the show, Dimples and Boyet shared the beginning of their relationship.

The two of them were neighbors and Dimple's late father Bong was Boyet's basketball coach.

But they didn't officially meet until Dimples was in college.

At the time, Dimples was nursing a heartbreak, and Boyet was enjoying the single life.

She was "crying every week," and he was her confidante.

Looking back at this moment, Dimples was thankful for that heartache.

The Kapamilya actress mused, "I think the nice thing about heartbreak is that, sometimes, we feel so much pain that we actually forget that this is not the end of everything, you know?

"Sometimes, the end of something is a beginning and the opening of a door that is meant for you all this time...

"I would tell him anything. He was there the whole time.

"We were friends the whole time and he saw everything.

"And nice lang na we didn't get together right away."

When they did become a couple, Dimples was 17 and Boyet was 26.

Dimples and Boyet did not deny the reality that their marriage had gone through several challenges.

They got married two years into a relationship and had a child right away.

Dimples admited both of their families "weren't ready" for their marriage, which became another hurdle.

The couple got into fights and experienced moments of doubt.

Dimples said, "We were parents right away... we weren't able to experience our marriage na kaming dalawa lang muna.

"That was the basic adjustment na nahihirapan kami. I know a lot of people can relate.

Her ONE TRUE best friend

Dimples stressed they managed to hurdle the rough spots in their marriage for the sole reason Boyet never ceased to be her best friend.

She said, "When we have lost respect for one another as husband and wife, the respect of friendship did not diminish.

"Because we were fighting so much, we almost killed each other, talagang nagpapatayan na kami sa salita.

"And when you are, in a way, okay with that, that is the beginning of being able to fix whatever needs to be fixed.

"Because when there is denial, then you just keep prolonging the process…

"When I was praying, I said, 'Father, paano ba ito? I lost all respect. Paano na ito to myself, to my husband?'

"But you know, the respect, because we were friends, hindi nawala."

More important to Dimples and Boyet, they've stayed true to their commitment and vows to each other.

The actress continued, "I promised that I will love this person no matter what.

"And we always go back to this very simple verse na this marriage isn't just about us.

"This marriage is a testament to our love for the Lord.

"If I cannot honor this kind of promise, ang thinking ko, what else can I honor? Iyan iyong lagi kong sentiment."