Film, TV celebrity graduates of Ateneo at start of millennium 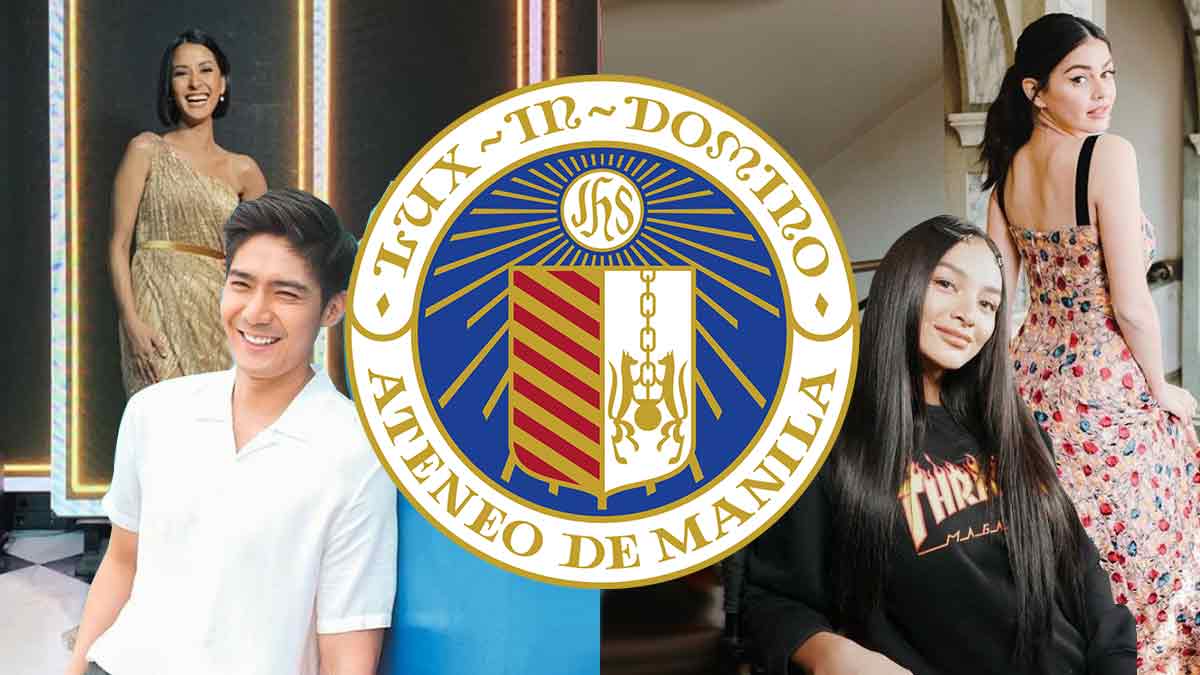 The Ateneo de Manila University, a prestigious private Catholic school, was established in the Philippines by the Jesuits in 1859.

The university upholds the values of St. Ignatius of Loyola, founder of the Society of Jesus, and lives by the motto "Lux in Domino" or "Light in the Lord."

Ateneo takes prides in being a "center of excellence for higher learning that is globally competitive while Asian in perspective."

Its list of notable alumni is led by the national hero Jose Rizal, who graduated with a Bachelor of Arts degree in 1877 when the university was still known as the Ateneo Municipal de Manila.

Many showbiz celebrities are products of the Ateneo—among them are these personalities in film, television and music who graduated from the university in the first 10 years of the new millennium. All of them are still visible in showbiz.

Karylle was a consistent Dean's Lister in all the years she was taking up B.S. Management major in Communications Technology Management at the Ateneo.

After graduation, Karylle entered showbiz. She has since gained fame as singer-actress like her mom Zsa Zsa Padilla.

Her first film was the second installment of Mano Po in 2003.

The Spongecola frontman received the Dean's Award for Music when he graduated with a bachelor of arts degree in English Literature in 2006.

Karylle and Yael have been married for six years.

Maricar already had a degree in BS Biology from the Ateneo in 2002 when she decided she wanted to be a doctor.

She earned her degree in Medicine at the University of Santo Tomas and passed the medical licensure exam in 2008.

But just as soon as Maricar started her medical practice, she dropped it when showbiz and a modelling career beckoned.

Her acting career has prospered, but then it slowly dawned on Maricar that she also wanted to own a business.

Now, the character actress manages her own cake shop.

Bianca graduated with a degree in AB Communication in 2004.

When she was starting out, with broadcast career in mind, Bianca was more interested in writing scripts, in staying behind the scene than in being in front of the camera.

But when ABS-CBN offered an acting stint, she opted to follow in the footsteps of her brother JC Gonzalez, who was then a TV host on the now defunct channel Studio 23.

In 2006, Bianca accepted the invitation to participate in the first season of the celebrity edition of Pinoy Big Brother.

The show launched her into public spotlight.

Bianca's husband, JC Intal, played for the Ateneo Blue Eagles in the UAAP (University Athletic Association of the Philippines) games?

JC was a sophomore when Ateneo won the senior's basketball championship against their archrival, the De La Salle Green Archers, in 2002.

Four years later, JC, by then a certfied "King Eagle" or star player, was made team captain of the Blue Eagles.

JC graduated from the Ateneo with a degree in Interdisciplinary Studies.

Bianca and JC have two kids: Lucia and Carmen.

The Ateneo was her dream school, Maxene revealed when she was interviewed in the ABS-CBN Sports show University Town in 2018.

It also happened she lived close by on Katipunan Avenue near Loyola Heights in Quezon City, the university's location.

"Puro trees all over and malapit lang talaga siya sa Katipunan where our family grew up,.. For how many years, doon kami nakatira."

Maxene was already in the heyday of her acting career on television when she applied for the Ateneo's theater arts program.

However, the university, put her on a waiting list.

She related in the interview, "Hindi ko po dine-deny iyon. Waitlisted ako when I entered Ateneo through Theater Arts.

"Talagang nag-letter of appeal ako and had a letter of recommendation and, thankfully, nakapasok ako."

But after a year in the program, Maxene shifted to Social Sciences, which she finished in 2010 with a bachelor's degree.

Saab Magalona, Maxene's sister, took up Creative Writing at the Ateneo and graduated in 2009.

Coming from a line of big-named actors, Janine wanted to be in showbiz too.

Her mother, Lotlot de Leon, did not discourage her, but she insisted that Janine finish her studies first.

Janine graduated from the Ateneo with a degree in European Studies.

Robi was an Atenean from grade school to college.

He was in high school when he competed in the second season of Pinoy Big Brother Teen Edition in 2008.

Robi emerged runner-up from the reality show, after which he joined the talent pool of ABS-CBN network's Star Magic.

Since then, he had been juggling his time between his studies and television hosting stints.

Rob's aspiration has long been to become a doctor, like both his parents.

He then proceeded to pursue his pre-med studies at the Ateneo. .

When he graduated in 2012 with a degree in BS Health Science, Robi faced a life decision: showbiz or medicine?

For now, he has chosen to continue what he does best, which television hosting.

Before Gretchen became a television presenter, she was one of the top volleyball players of the Ateneo Lady Eagles.

In between games, Gretchen emceed university events whereupon she developed her hosting skills.

After graduating in 2013, Gretchen started hosting sport shows for ABS-CBN.

She eventually made her jump to news and current affairs. Currently, she is a regular on the morning show, Umagang Kay Ganda.

The celebrity host took up Managing Engineering and AB Communication.

Kylie graduated with a degree Business Management in 2013.

Before trying out for Binibining Pilipinas, Kylie was a model, a pre-school teacher, and a volunteer for Natasha Goulbourn Foundation, a non-profit organization that advocates mental health.

Her passion for mental health awareness motivated her to find a platform that would help her spread the good word, and she found this through pageantry.

Kylie tried twice and succeeded on her second try in 2016.

After her reign as Miss International, Kylie has continued to advocate mental health awareness in the Philippines through the Facebook group Mental Health Matters by Kylie Verzosa.

The beauty queen has also decided to become an actress.