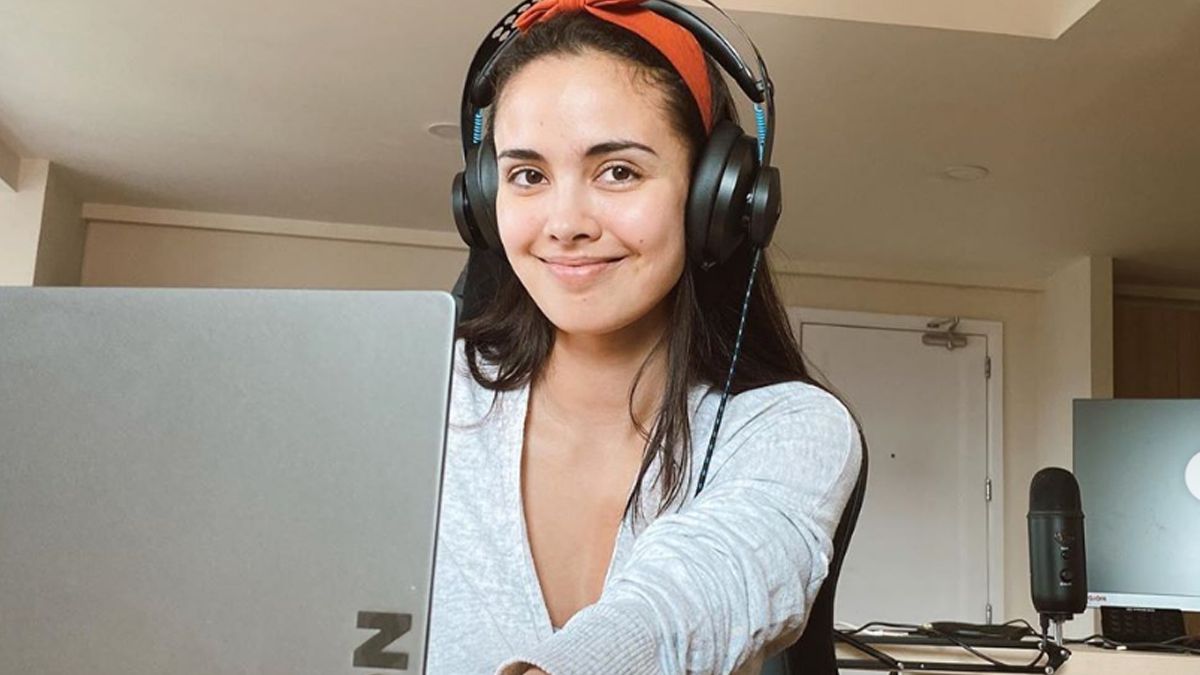 On June 19, 2020, Megan goes up against Red Fernandez in a Mobile Legends tournament called VersUs. Video games have not only helped the beauty queen deal with quarantine stress but raise funds for the LGBT community, too.
PHOTO/S: @meganbata on Instagram

How does Megan Young beat stress?

In an interview with PEP.ph (Philippine Entertainment Portal) and other members of the press on Monday, June 15, 2020, Megan says playing the game helps relieve the stress brought about by the COVID-19 quarantine.

She says, "If you're a constant follower of the stream, I think you would know na I play a lot of games because my personality is, if I enjoy it, then tuluy-tuloy.

"If something new comes up then why not try it out, right?

"So my current game at the moment is Animal Crossing and it's something that really helped me out with stress and anxiety throughout everything that has happened around us."

The 30-year-old Kapuso actress often does live streams on Facebook to share her experience of playing the game with her fans.

"So it's my way of offering out a stress reliever for other people when I'm streaming.

"And games, in general, have become a lot of people's source of... I would say parang their outlet or a source relaxation for them, no matter what type of game it may be."

Megan also says, "I've made friends through these games. I've created a new community with games and non-gamers, and we'd share our love for gaming together."

She explains, "There's some sort of camaraderie when you have a team and you're trying to make the most out of the battle that you're in.

"You are all in there to win and to rank up together."

Megan has always been a gamer girl.

It was actually her parents, Victoria and Calvin Young, who introduced her and her siblings Lauren and Victor Young to playing video games.

She recalls, "Iyong parents ko kasi, like my mom had three jobs when I was little.

"And it started with the Nintendo gaming system, the NES, and from there, everything just flourished."

How do people react with they discover she loves playing video games?

The Kapuso talent says, "I get various reactions, honestly. One of them would be like, 'Oh my gosh, she plays! That's so cool!'

"And then another one is a complete opposite of that reaction and they're like, 'Wala ka na bang magawa sa buhay mo kaya puro ka games?'

"But what they don't know is that it's something that has always been a part of my life."

Some people think that playing video games can be harmful, especially to children. But Megan points out that when done in moderation, video games have the potential to teach kids some skills.

She says, "I think when you do something excessively, then it can be bad for you. But I've been able to balance video games in my life na it has helped me destress.

"It's something that I joke about na, 'I think I learned how to drive through Mario Kart,' which is a running joke that me and my family always laugh about. Meron kami iyong wheels dati, iyong stirring wheel.

"I think there's a lot of things video games can offer if you use them smartly, and if you use to your advantage in a good way, especially for kids. Maraming educational na video games out there."

GAMING FOR A CAUSE

Megan is also proud that she can make use of her gaming skills to raise funds for causes that are close to her heart.

On June 19, 2020, Megan goes up against Red Fernandez in a Mobile Legends tournament called VersUs.

The online event is organized by a global outsourcing company called TaskUs Philippines to raise funds for Love Yourself PH and its HIV awareness campaign.

Megan says, "We'll be raising funds for Love Yourself PH. Of course, all the proceeds will be going to their initiative and that is for HIV awareness and mental health."

This is one of Megan's ways to proactively help the LGBT community.

She says, "I've always been an ally of the LGBT community. A lot of people that I love dearly, that I work with, that are part of my inner circle are part of the community.

"But I think what I really need to work on now is how to be a proactive ally. I think that's a lot of people know na and yes, I'm an ally but in retrospect, you have to think, 'Paano ba ako makakatulong sa community that I support?'

"That's one thing that I'm working on now and if you want to be a proactive ally, one of the websites that really helped me out there was guidetoallyship.com.

"So they give you tips on how to be more proactive as an ally, and of course, do your own research when possible, and how to be able to support the community in the best way you can."

Megan intends to continue to use her influence to attain universal rights for the LGBT community in the country.

"Siyempre, ang wish natin is that the LGBT community has the same rights as everyone else and that's what we're trying to push for with the SOGIE Bill.

"So that's one of the things that I hope and wish for for the LGBT community."