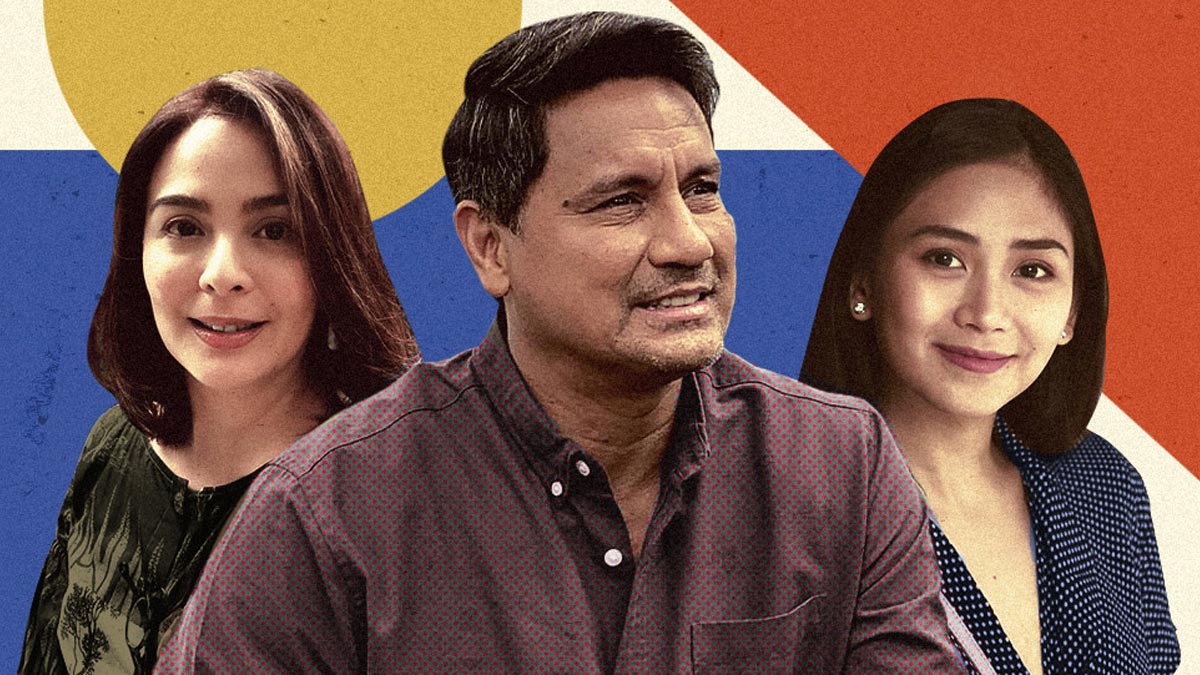 Dawn Zulueta, Richard Gomez, and Sarah Geronimo are just some celebrities who found their partners among members of the country's wealthy families.
ILLUSTRATION: Bacs Arcebal

When true love knocks, even the walls of high society aren't high enough to block it.

Matteo is a Fernan on his mother's side.

The Fernans are one of the most prominent families in Cebu.

He comes from the illustrious Larrazabal family in Cebu.

She has been appointed the first chairperson of the Po Family Council.

The Pos are considered the 19th richest family in the Philippines.

The Hubog actress made headlines in 2004 when she married politician Jules Ledesma, whose wealth comes from land and sugar.

After 16 years of marriage, the Italian-Filipino beauty has announced that she is pregnant.

Tom is the vice president of their family's business, Greenstone Pharmaceutical HK, Inc., which manufactures the famous Katinko oil linament and other healthcare products.

More than being the runner-up of Pinoy Big Brother: Double Up in 2010, Paul Jake belongs to the prominent Castillo family of Cebu.

Louie oversees the business as its executive vice president.

Apart from being a public servant, Elton is a businessman whose parents, Tony Yap and Ma. Elizabeth Papa-Yap, run a chemical company in the Philippines.

According to the City of Mandaluyong website, Elton is also the corporate secretary of Fabella Realty Corporation; finance manager of California Chemicals Corporation and Magallanes Square Hotel; president of Aquatech Pro H2O Corporation; and treasurer of Sumometrics Industries Inc.

The last five celebrities on the list were added by PEP.ph. writer Justine Punzalan.