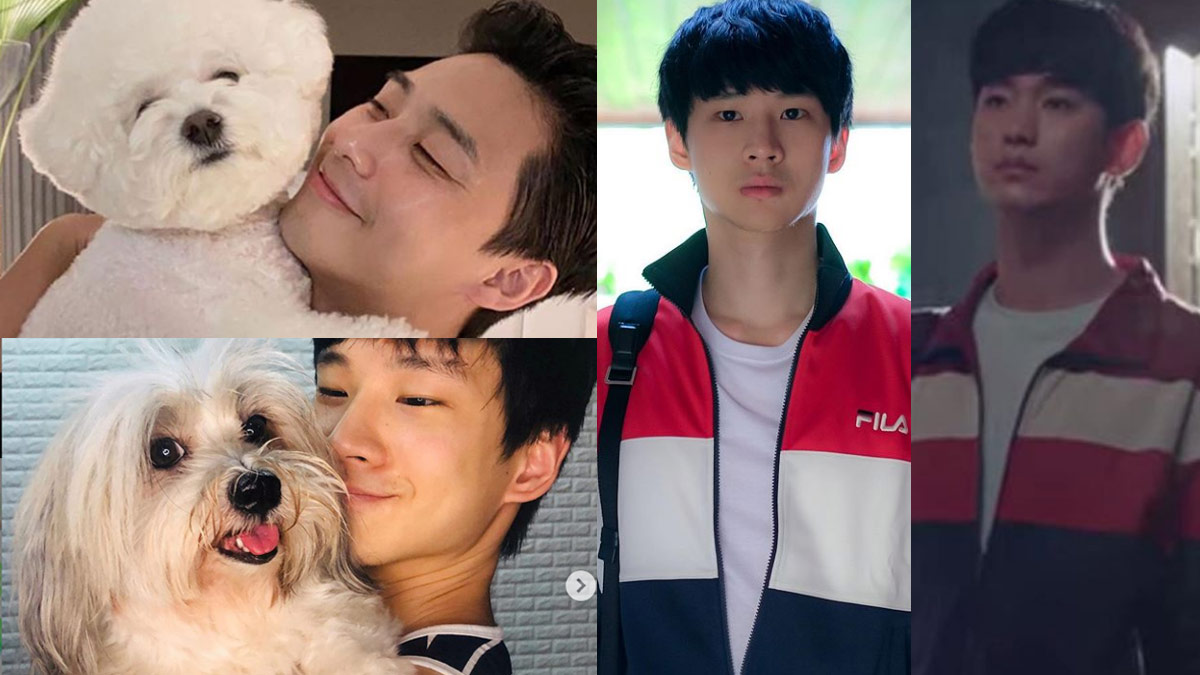 Richard started the #ParkSeoJoonChallenge by recreating an Instagram photo of Seo Joon and his dog Simba, which the Itaewon Class star posted last July 12. Seo Joon's original photo has received more than 4.3 million likes on Instagram, at press time.

Richard uploaded his own version last July 15, featuring him and his adorable dog Riphie. His post garnered more than 29,700 likes.

"It was really just a random idea because when I first saw [the Park Seo Joon] photo," the 28-year-old began, in an interview with PEP.ph (Philippine Entertainment Portal) last Saturday, August 1, via Facebook Messenger.

"I was like, 'Wait! I have a white dog too! Gayahin ko kaya for fun and call it #ParkSeoJoonChallenge.'

"So then I did it, and people loved it!"

His Instagram challenge became so popular that the South Korean entertainment website Dispatch took notice and featured him in an article.

Asked for his reaction to being in the news feature, the actor said: "Wow as in, just wow. For a second I thought it was fake news, or someone edited it lang cus for people that are not familiar, Dispatch is actually a huge entertainment news media in Korea!

"Thank you PSJ and Simba! Me and Riphie made it too!"

After doing the Seo Joon challenge, Richard started the #MoonGangTaeChallenge, the character portrayed by Kim Soo Hyun in the hit series It’s Okay To Not Be Okay.

K-drama fans here and abroad were amazed at the uncanny resemblance of Richard and Kim.

Since 2016, Richard has been dubbed by Filipino K-drama fans "the country's Kim Soo Hyun" because of their facial similarities.

Richard got the chance to do the challenge just this year after Soo Hyun, following his military service, finally made a K-drama comeback through It's Okay to Not Be Okay.

The Filipino model-actor told PEP.ph, "I guess it’s been a long time na that people always associated me to him...starting from when My Love From the Star was airing a couple years back.

"It’s something that I’ve always wanted to do for fun again, and I say again, because I actually did something similar with Cosmo a couple years back!"

"So...I got a couple of my friends and decided to put a shoot together and create a couple of iconic scenes for fun."

Did he expect his posts to gain so much traction from K-drama fans?

"Not at all! I know the Juanderers will be very happy seeing my Park Seo Joon and especially Kim Soo Hyun looks, since they were there from the start and they are actually the ones who pushed me to do it, but I didn’t know friends and fans would love it also!"

Is he planning to recreate more of Soo Hyun's looks in It's Okay to Not Be Okay?

The K-drama fanboy said, "Maybe I’ll hold it off for awhile...let’s see! It takes time and effort din kasi to plan the shoots and it’s so hard now to go out because of COVID!

"There are several more iconic scenes sana that we want to recreate but the locations we have in mind are far away from each other, and we do not want to take the risk din to go around too much because we are still in the middle of a pandemic."

For now, Richard plans to continue fanboying over It's Okay to Not Be Okay's lead actress Seo Ye Ji and his favorite K-pop girl group BlackPink.

He says, "Kim Soo Hyun's partner in the show, Seo Ye Jin, is probably my number 1 now! Her acting is so good and also she’s so beautiful!!! Her elegance, her voice...oh my god!!

"For K-pop idols, I really love BlackPink, I watched their concert last year, and was able to have a quick ‘meet’ with them as well in Thailand.

Richard caught the attention of the public after he joined the Eat Bulaga segment, "You're My Foreignoy," in 2014.