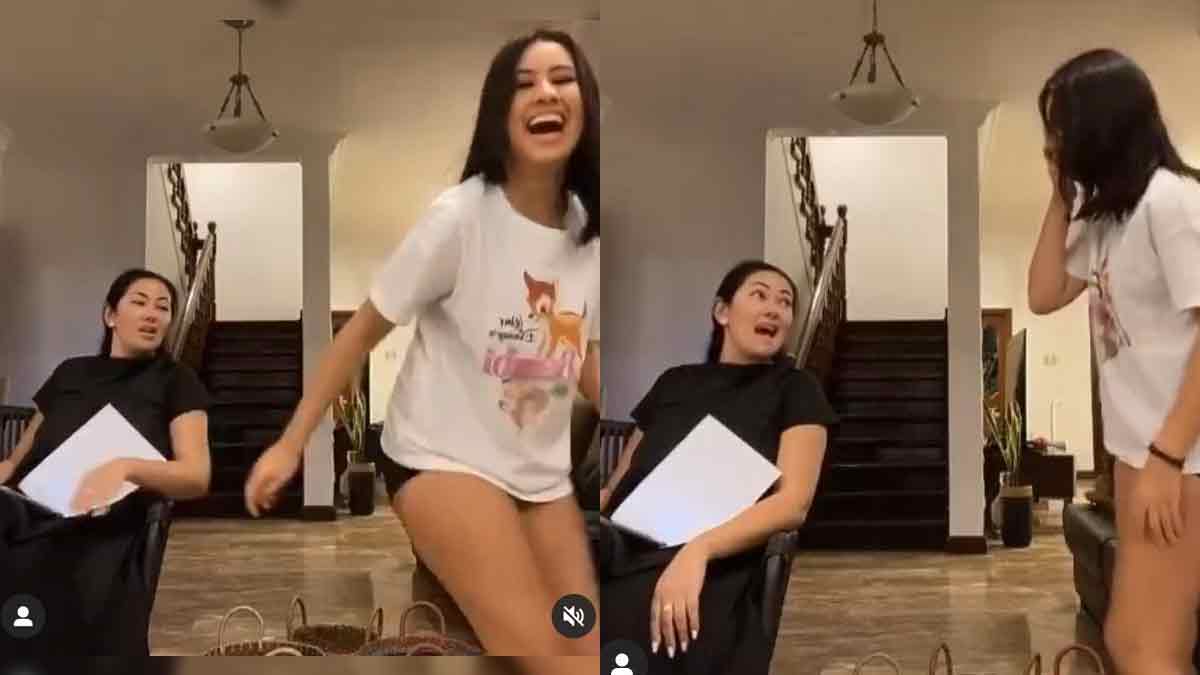 Ruffa Gutierrez seems to have channeled her mother Annabelle Rama when her daughter Lorin Gutierrez started shaking her butt for a TikTok dance.
PHOTO/S: @iloveruffag on Instagram

Lorin Gutierrez pulled off an Instagram prank on her mom Ruffa Gutierrez.

When Ruffa left her phone behind, Lorin logged in to her mother's Instagram profile and uploaded two videos shot using the social media platform TikTok.

Ruffa appeared confused as she watched her daughter start to dance. When Lorin began shaking her butt to the camera, Ruffa scolded her daughter by slapping her on the bum. Lorin was taken by surprise and laughed.

In the second video, Ruffa seemed to have given in to her daughter's TikTok show as she danced along to the same rap song.

Ruffa's other daughter, Venice, could be seen also dancing in the background.

Then Ruffa stopped and watched in bewilderment as she realized both her daughters were shaking their butts.

The Instagram caption for the post read: "WAP is my new favorite song thanks to @loringabriella and her horrible dance moves on TikTok [laugh out loud emoji] [praying hands] Should I dance more often?"

Ruffa commented on Lorin's Instagram prank, "i accidentally leave my phone at home and i suddenly have a new post!" 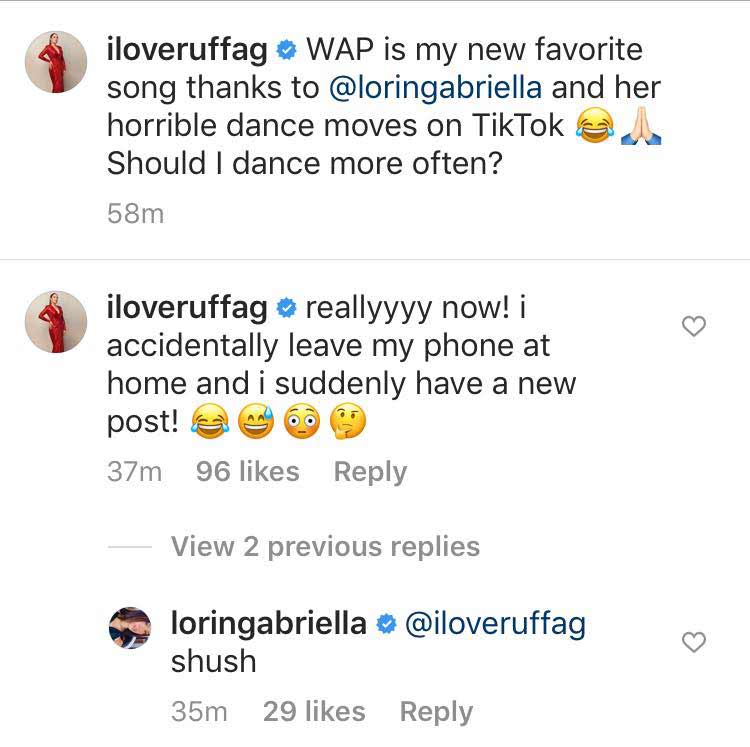 The Love Thy Woman actress then teased her daughters Lorin and Venice about their dancing skills.

She tagged her daughter, saying, "come down asap kaloka"

Celebrity friends began posting their reactions in the comments section.

Anne Curtis replied: "This is hilarious! Your face ate!!!" 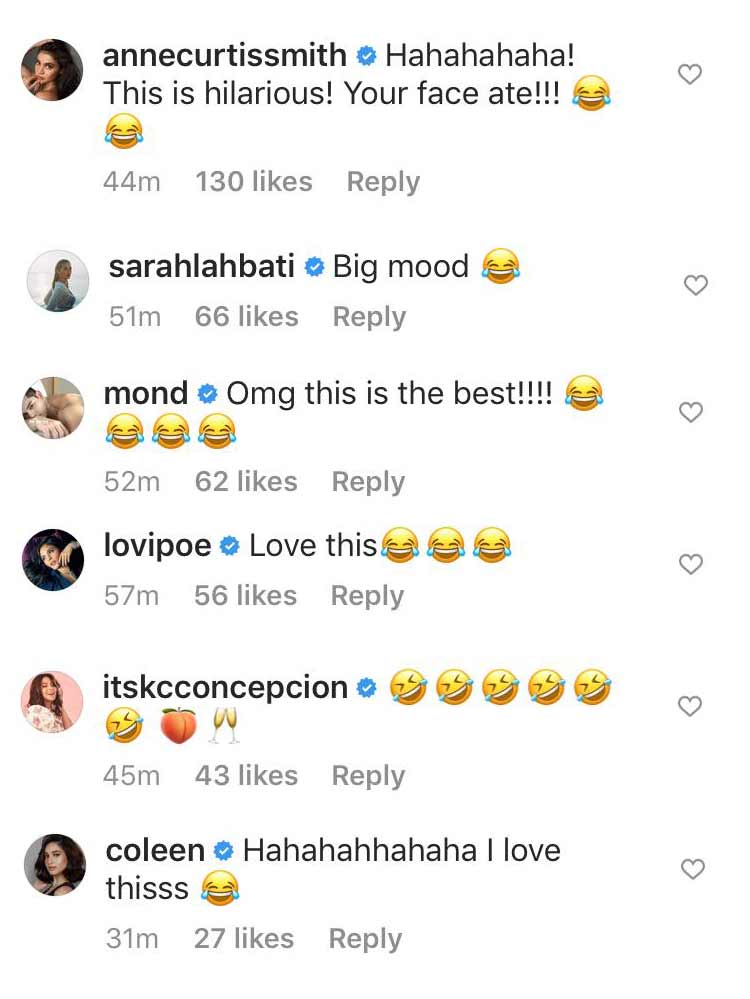 Jackie said, "Ohemgeeee your facial expressions! I won't be surprised if your mom comes knocking on your door soon [laughing emoji]"

Ruffa's mother Annabelle Rama is known for making frank, candid, even embarrassing statements whenever she wants. 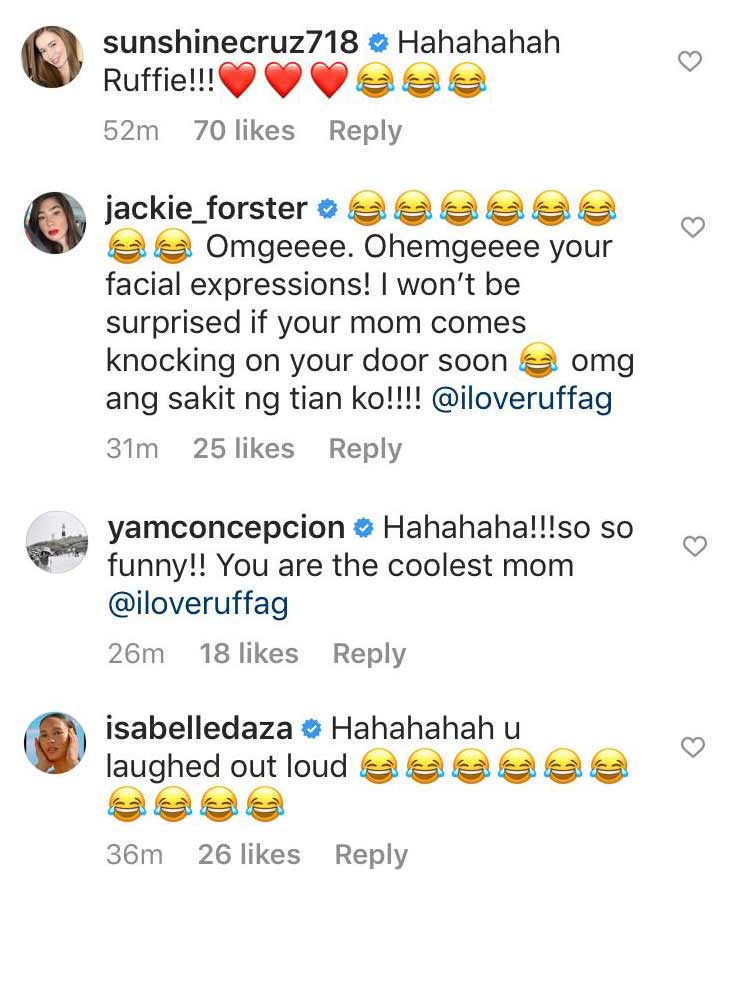 Ruffa had to ask family friend Bubbles Paraiso: "am i my mom??"

The former beauty queens are of course very familiar with Ruffa's mom, Annabelle.