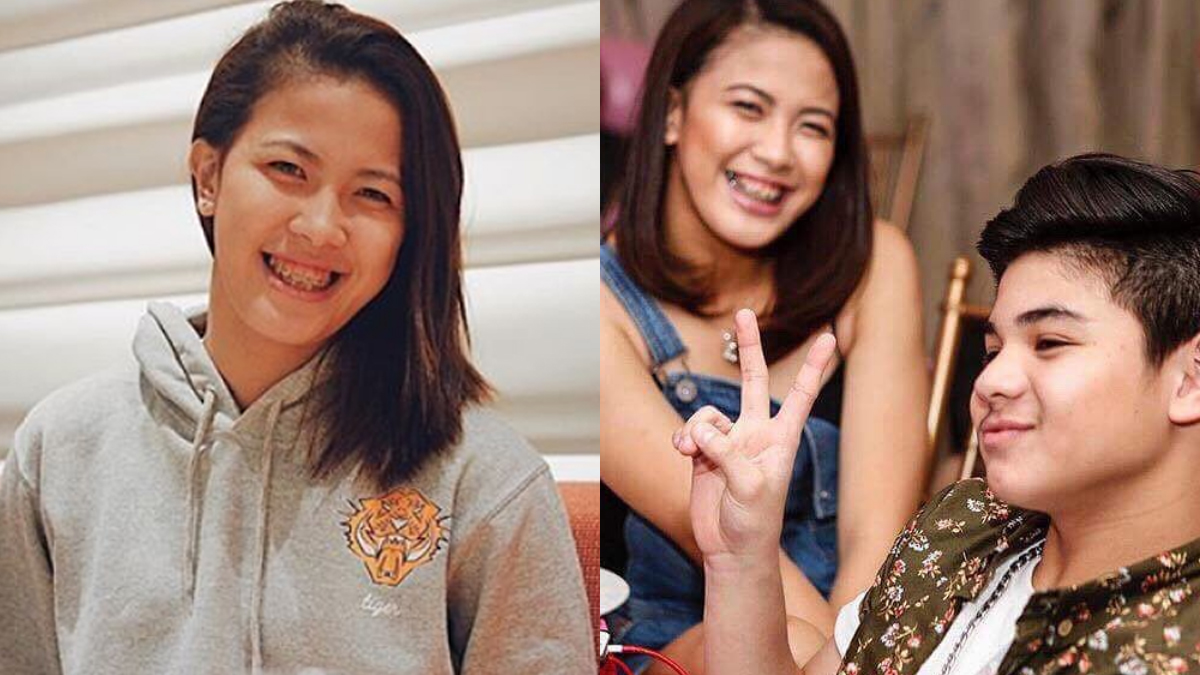 They made the announcement via social media on September 3, 2020, Bugoy's 18th birthday.

Talks about EJ's pregnancy began to fly in December 2017 when she begged out of the UAAP Season 82 games alleging shoulder injury.

Since then, the young couple have been hounded by pregnancy rumors.

In the same month, Bugoy was suspended indefinitely as a member of Hashtags and from ABS-CBN's afternoon variety show It's Showtime, further fueling EJ's rumored pregnancy.

Their big reveal about being parents to a daughter put a lid on the issue they've been denying for the past three years.

All eyes are now on EJ, and netizens want to know more about Bugoy's long-time girlfriend. Here goes:

2. EJ is currently taking BS Sports and Wellness Management at the University of Santo Tomas.

3. EJ has been playing for UST's volleyball team for over nine years. She was the ace player of UST Junior Tigresses from 2011 to 2014.

She made her debut as part of the team seniors' team at the Shakey's V-League 11th Season 1st Conference in 2014.

After a two-year break from UAAP, she made her comeback at the Season 82 last March and scored 17 points on their game against NU's women's volleyball team.

4. EJ comes from a family of athletes. She is the daughter of PBA legend Eddie Laure and Jovie Laure. Her younger sister, Eya Laure, is also part of UST's volleyball team. Her younger brother, Echo Laure, is a member of the National University's junior basketball team.

5. Ej has several athletic recognitions under her belt. She was named Rookie of the Year at the UAAP Season 77's seniors volleyball competition in 2015.

6. It wasn't clear how their relationship started, but Bugoy has always been a big fan of volleyball. It seems he was introduced to EJ after watching one of the latter's games.

What Bugoy loves about EJ is her simplicity.

7. EJ is a big fan of Kathniel. Daniel Padilla is also her biggest celebrity crush.

In a Q&A vlog last May 27, 2019, Bugoy revealed that he once asked Daniel for a video greeting for his girlfriend.

8. EJ also vlogs about her life from time to time. She and Bugoy have a YouTube channel called "BUGZ & EJ VLOG." They currently have 246,000 subscribers.