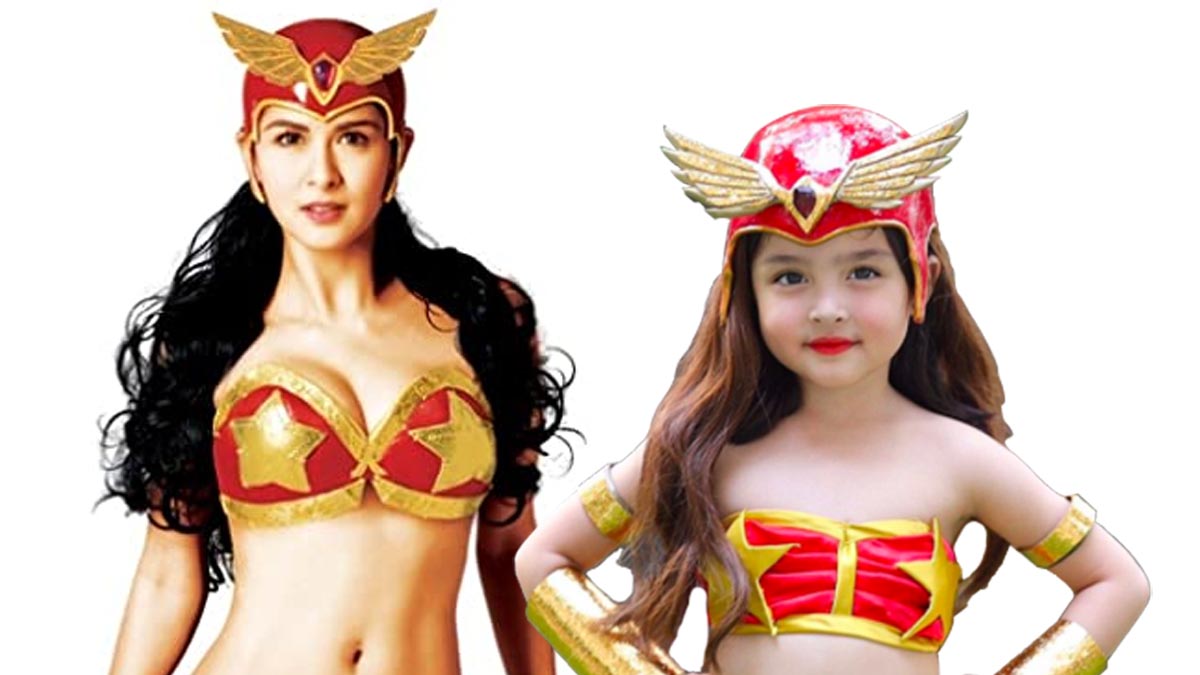 Marian Rivera is amused that netizens are waiting for her daughter Zia Dantes to grow up and become the next Darna.

This started when photos of Zia wearing a Darna costume went viral in May 2020.

Marian posted them in time for the celebration of Mother's Day.

Fans were delighted, and predicted that five-year-old Zia is going to be a "future Darna."

At her recent video conference, the press asked for Marian's reaction.

“Dyusko day," she exclaimed with a laugh.

Is she going to allow Zia to take on the role of Darna?

The 36-year-old star said her husband Dingdong Dantes will have the final say.

Is Dingdong a conservative father?

She then recounted a story from a time she was pregnant with Zia.

Marian also joked that in 20 years, she can play Valentina to Zia's Darna.

Valentina is Darna's nemesis. When Marian played the famous Pinay superheroine in 2009, Iwa Moto was her Valentina.

Would Marian prefer a role where she can pass on her powers to the new Darna?

Now a mom with two kids, the Kapuso Prime-time Queen has been on a break since her last project Super Ma'am.

It ended in 2018, the year she got pregnant with her second child Ziggy.

Marian was supposed to make a TV comeback via First Yaya, but she recently announced backing out of the project.

Get cool and affordable outfits using this Zalora voucher.