Cassy Legaspi recalls first encounter with a basher: "I was 9" 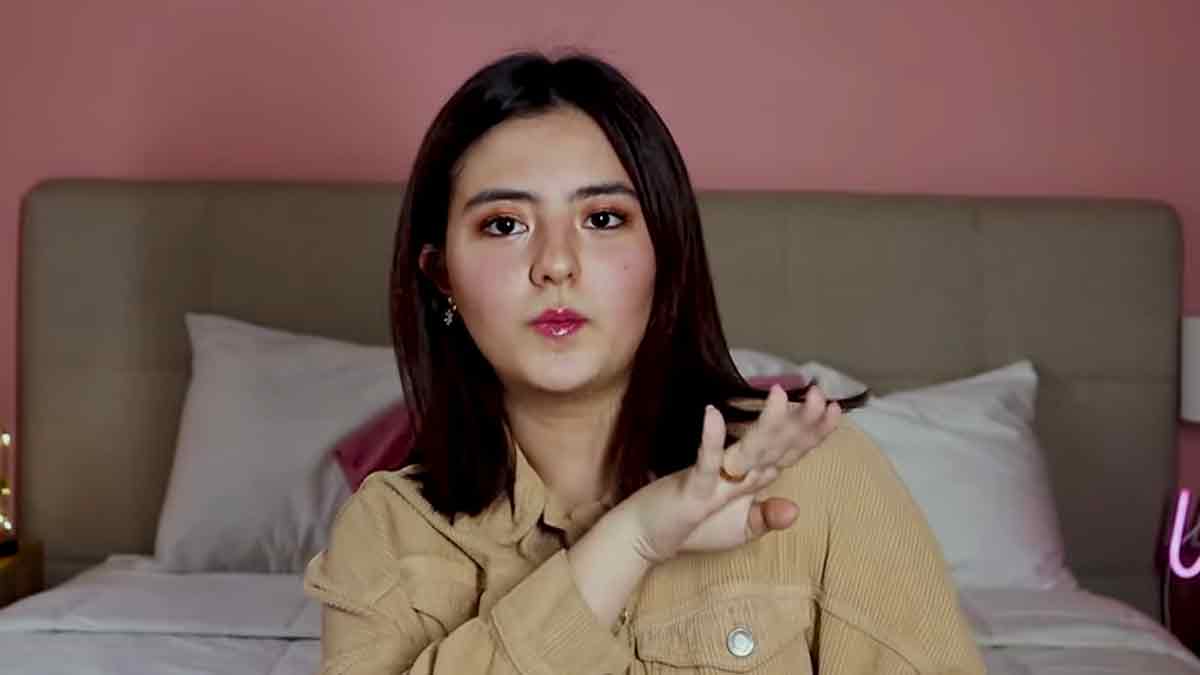 Cassy Legaspi chooses to take online criticisms from strangers constructively. But once it's just another "You're ugly" or "You're fat" comment, the young talent just shakes it off and moves on.
PHOTO/S: Screen grab from Cassy Legaspi on YouTube

Cassy Legaspi has had her fair share of bashers and haters online.

The 19-year-old Kapuso star even remembers the first time she received a hate comment.

"I've been getting hate since I was nine years old. I remember it so clearly," the daughter of Zoren Legaspi and Carmina Villarroel says in her YouTube vlog posted September 26, 2020.

For her first video, Cassy answers fan questions, one of which is about dealing with bashers.

The young star narrates, "There was this basher who was really saying mean things to me. I don't want to spread negativity, but it was so bad that it made me cry almost every day.

"Like, I don't even know that person who was bashing me and I cried almost every day."

Cassy says she "eventually grew out of it."

And as she grows older, she has found a way to manage her emotions.

But first, it is important to distinguish the constructive criticism or "educated criticism" from the plain hate messages.

The 19-year-old Kapuso talent explains, "Okay, here's the thing. There's a difference... It's also [on] your part where you should think, 'Is this an educated criticism? Or is this a hate message?'

"Because if it's an educated criticism, I suggest you take it and you think about it. 'Hmm, what should I improve on?' or 'Hmm, did I make a mistake doing this?'

"But if it's just a hate comment like, 'You're so ugly. You're so fat.' Or something like that… brush it off. You don't need that negativity energy in your life.

Cassy also points out these people are just strangers online.

She adds, "I know it's easier said than done, but just don't mind them because they don't know who you really are and you know yourself more than anyone else."

Another fan asks Cassy to choose between her "low-key life" and her "showbiz spotlight life."

The Kapuso star admits that she can't tell the difference.

She says, "I've been in front of the camera since I was three. I don't really think about it. I'm okay.

"I just live my life as if no one is really watching because… how do I explain this? Because it's my life.

"Why do I have to care what other people think? If I'm happy, I'm happy. As long as I'm not hurting anyone then it's fine."

Cassy says she would often spot people "discreetly take pictures" of her and her friends while hanging out in public.

"My friends are sometimes weirded out like, 'Oh, what's going on? Why is that person taking a picture?'

"I just explain, 'Maybe they're too shy to approach.' I don't know."

Cassy says she's "fine" with that situation, but she quips, "Just don't be mean to me! Please! No, I'm kidding."

On a serious note, Cassy is thankful to be in the same industry as her parents.

She and twin brother Mavy officially entered showbiz in 2018 when they signed their contract with GMA-7.