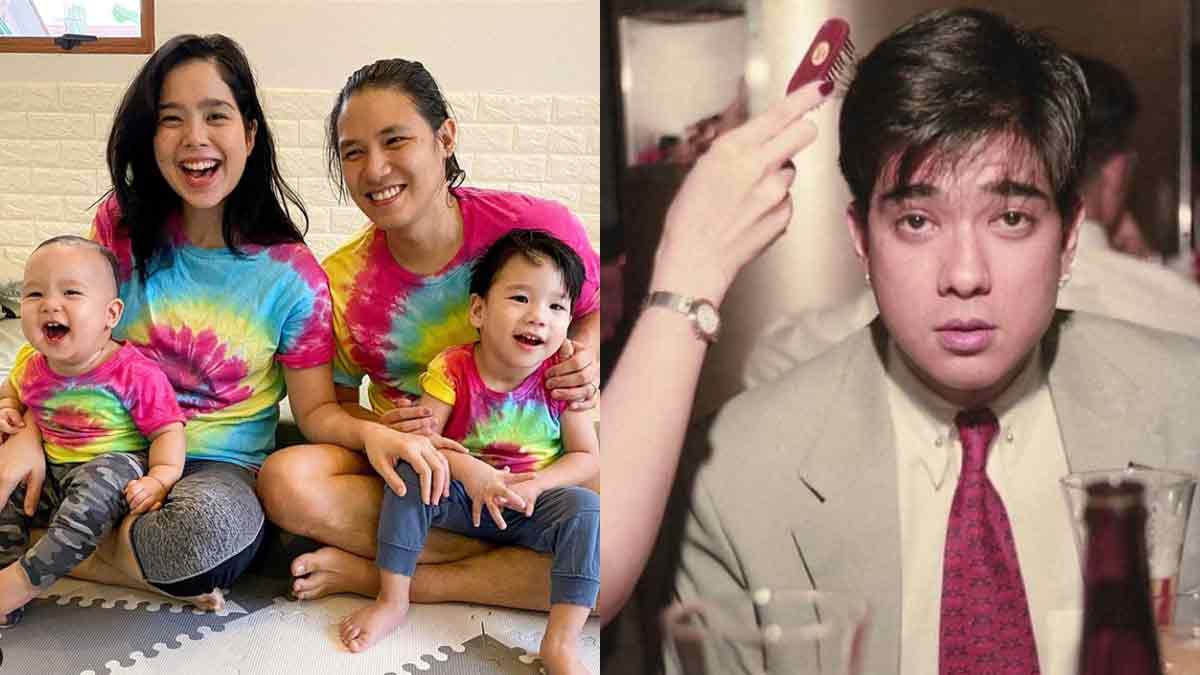 This year, the late Francis Magalona or Francis M. would have been 56.

Family, friends, and fans remembered the late OPM artist on October 4, his birthday.

In the same week, Magic 89.9 radio DJ and host Boom Gonzalez honored the memory of his friend via his radio and livestream show The Chatroom.

His special guests were two of Francis' daughters, Saab Magalona and Maxene Magalona, who shared stories about their "Pop."

Saab, the first tinterviewee, told the host, "People can see his face in me, so they know that, 'Oh, anak ni Francis.'

"So, they would play his music if I'm in a restaurant, in a store, just to like kind of give a little nod.

"But then, actually inside, I'm like, I don't want to because I gonna start crying!

"It was really hard especially, but, of course, I had to think about, like, they're coming from a good place.

"They want to say like, 'Hey, we know your father and we're shy to say hi, but here's a song just to let you know.' It's very sweet, it's very sweet.

"But deep inside, I'd get a little triggered. You know, hearing his voice, it's just… it's a very emotional thing for me."

When the host asked what would have made Francis M. prouder of Saab, the celebrity mom promptly answered: her kids.

She said, "Of course, the easy answer would be how I'm raising my children so far. I mean, they're only one and two.

"But so far, I feel like he would be so proud because I'm really doing my best.

"Doing all my research that it takes to give my—siguro ito iyong I give my one hundred percent to."

How did Saab introduce Francis M to her two sons?

"When I had kids, I would play his songs to them. It was only then that I was parang more comfortable na...

Her Pop would have been happy as well about her choice of partner in life.

Saab explained, "Because my dad, in my family, we call him 'Mayabang.' But of course, may pagyayabang naman siya.

"And I think he would be so mayabang because I chose my spouse to be a lot like him. They have so much in common, it's a shame that they weren't able to meet each other.

"But, oh my gosh, if they did… oh my goodness, they would get along so much."

When asked how Saab is now dealing with her father's death, the blogger-podcaster said the feeling of grief "never really goes away."

She added that "the intensity kinda trickles down," remembering a tweet she had read that resonated with her.

"I don't know if I can explain this well… There was a drawing of a box and in that box, there's a button. A small button.

"And then when the loss first happens, imagine there's also a ball inside that box. So, there's a ball and there's a button in that box.

"When the loss first happens, the ball is really big and it keeps hitting that button that triggers your emotions and your sadness and your grief.

"As time goes by, that ball kind of gets smaller. It goes around the box, it doesn't hit the [button] as much… but it hits it.

"For me, that's exactly how grief is for me."

Saab felt that it was going to be that way from now on.

"The intensity when that button is hit is really still there. Of course. Always.

"I feel like that's how it's going to be for the rest of my life, but it's just not pushed as often."

The one important thing that would have made her dad especially proud of her would be how she has been taking care of her mom Pia Magalona,

"Everything I do, I have to ask: 'Is this going to make my mom happy?'

"And that's what I do and it has been my north star, and I think it's brought me to where I am today, which is really, really happy.

"Because my mom's happy and that's really what matters most to me right now."