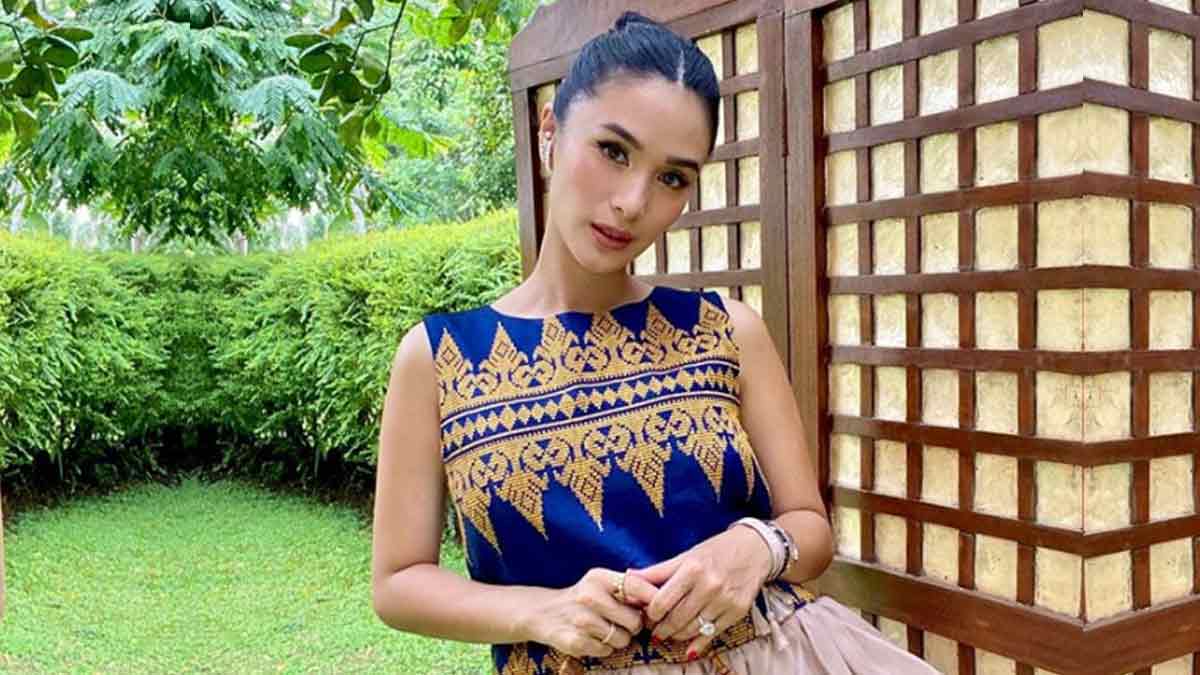 Heart Evangelista thinks she'll make a "horrible mother-in-law" when the time comes. She says, "All of a sudden, you don't have a say... di ba? That's painful..."
PHOTO/S: @iamhearte on Instagram

The GMA-7 actress says, putting herself in the shoes of a mother-in-law, "All of a sudden, you don't have a say... di ba? That's painful, ah. It's irritating! I think so. I would be a horrible mother-in-law, honestly."

PEP.ph (Philippine Entertainment Portal) and Summit Media websites got together with Heart during a late-afternoon Zoom session on October 19, 2020.

Around that time, Heart was doing a cooking vlog with her mother-in-law Evie Escudero.

The Kapuso artist was then asked, "How does one get along with their mother-in-law?"

For Heart, it's all about appreciating and respecting their presence.

She says, "Because sometimes, what's happening, well, I understand na nakakainis siguro for others. But, of course, they're older. Of course, you know, they want to feel that they're still in charge of everything...

"But that's why you just always have to make sure that you make them feel like you respect them, like, 'Oh, that's great, Tita! That's so nice!'

"Parang, you know, you appreciate their say and then there's no competition. And what's a few days or a few hours or a few seconds of agreeing with your mother-in-law? So, I guess that’s how it works for me."

Heart is personally thankful there's no tension between her and her mother-in-law.

"First and foremost, yeah, my mother-in-law is nice, so I'm blessed to have that," she says.

But the actress-social media star admits she was terrified of Mommy Evie at first.

"She was like a teacher in U.P., so she always has this authoritative image that can be intimidating in the beginning.

"But honestly, if you're just very true and sincere about who you are and you really show them respect, I think they'll appreciate you."

Heart adds, "I never want to make—not just my mother-in-law—anyone feel intimidated or feel that they're not really in control, di ba?"

Heart has been married to Sorsogon Governor Chiz Escudero for five years. They tied the knot on February 15, 2015.