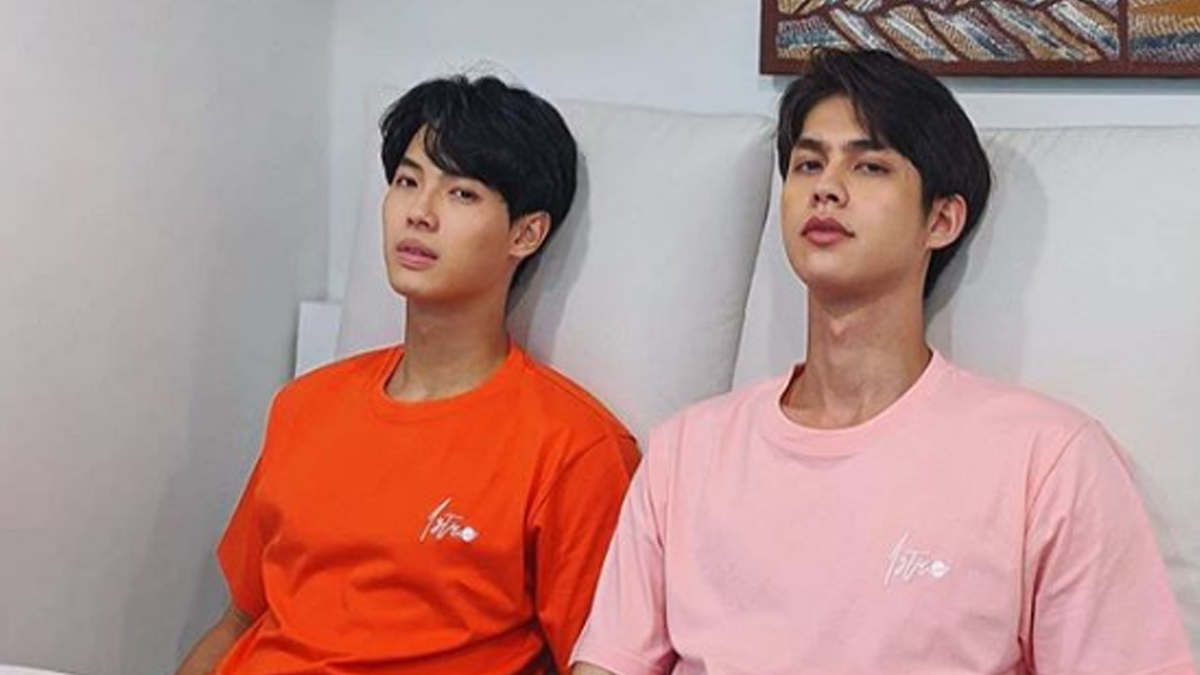 Thai stars Bright Vachirawit Chivaaree and Win Metawin Opas-iamkajorn have fulfilled their promise of helping the Filipinos affected by the recent typhoons.

On Thursday, November 12, 2020, photos of Certificates of Donation presented by Tulong Kabataan Network to Bright and Win circulated on social media.

Tulong Kabataan Network is a relief and rehabilitation project initiated by Kabataan Partylist.

Marcial said their donations will be used for the #BangonBicol, a rehabilitation project for the region, which was badly-hit by the typhoons Rolly and Ulysses.

Its non-profit arm, Tagani Foundation, is currently raising funds to help its partner-farmers affected by the onslaught of the two strong typhoons.

Bright's mom reposted on Instagram her son's certificates of donation on the same day the Thai star received them. 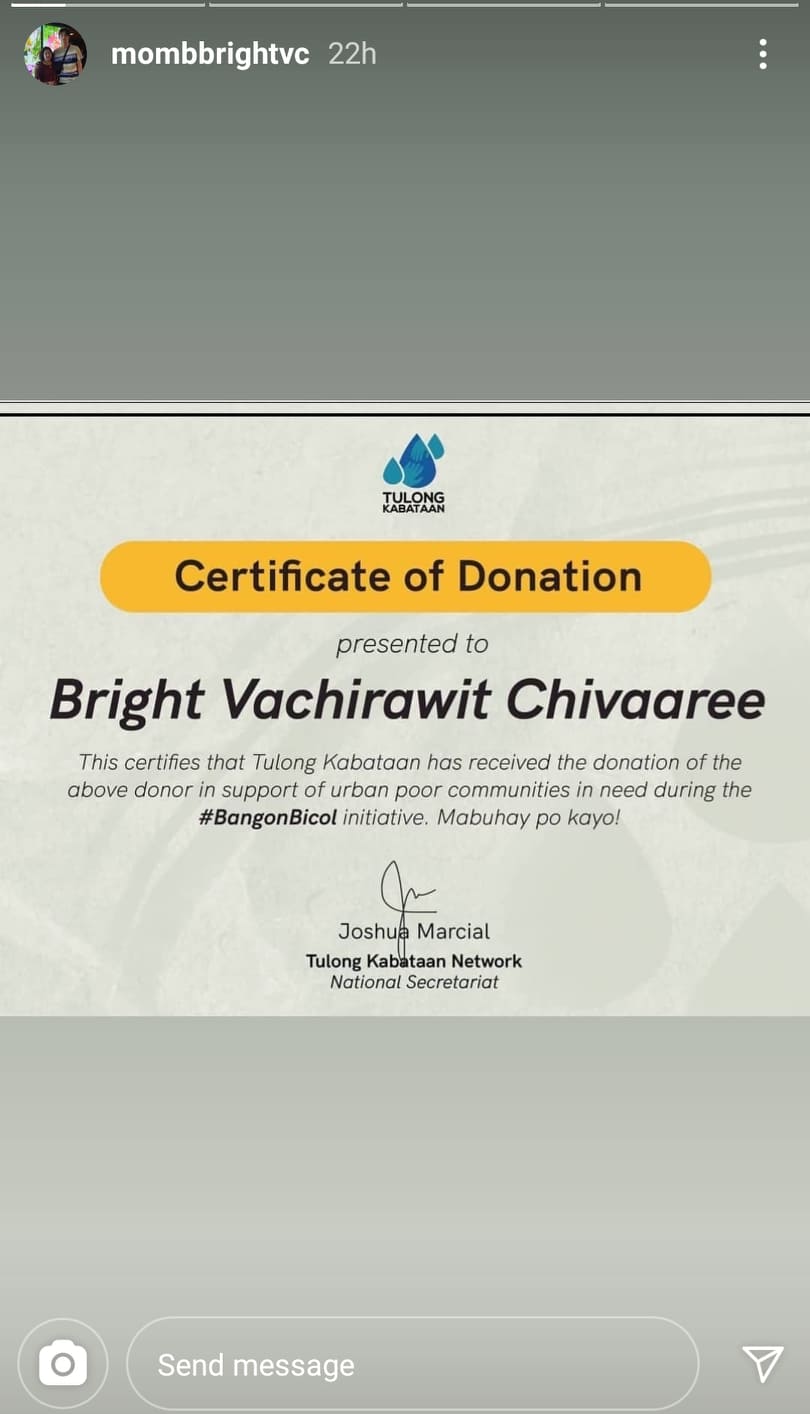 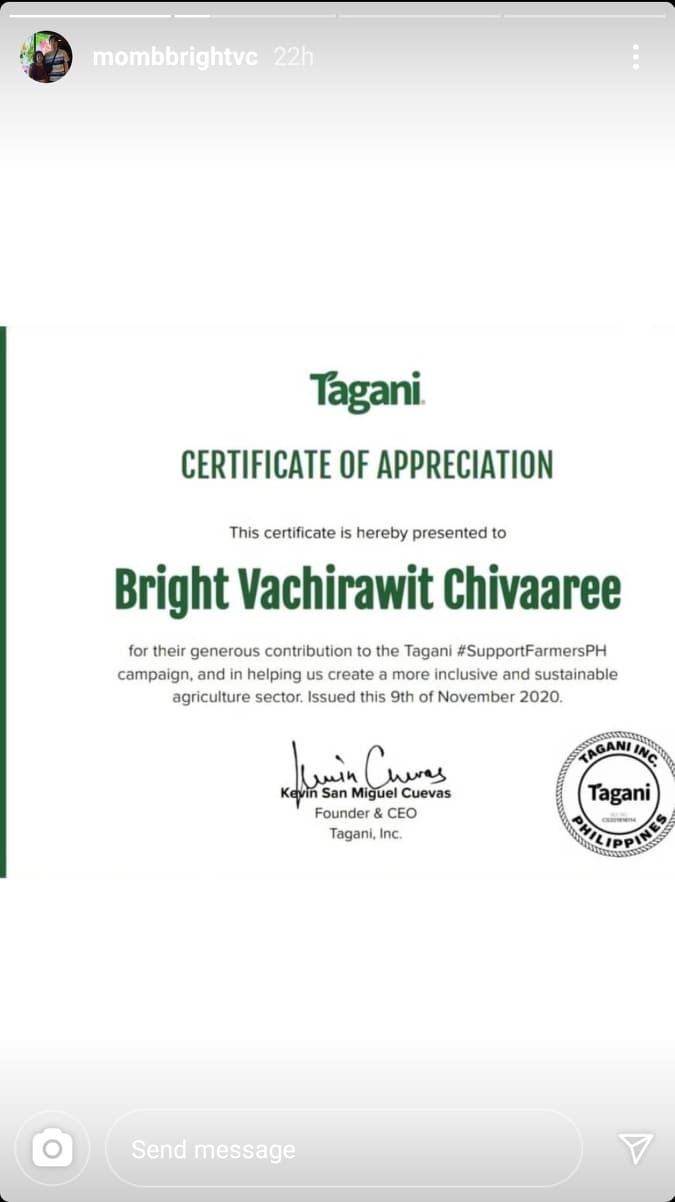 Bright and Win first heard about the trail of destruction left by the typhoons during their virtual interview with MJ Felipe via the Kumu app last November 5, Thursday.

The virtual gifts they received during the live broadcast would be donated to the victims.

The 2gether: The Series stars also promised to send their donations.

Bright and Win skyrocketed to fame after the phenomenal success of their BL series titled 2gether: The Series, which aired from February to May 2020.

Both series were aired on GMMTV, a Thai TV network known for its BL content.

ABS-CBN bought the rights to air this series, which aired on the Kapamilya Channel and iWant.

However, regular tickets priced at PHP699 are still available. The event will happen on December 5, Saturday.