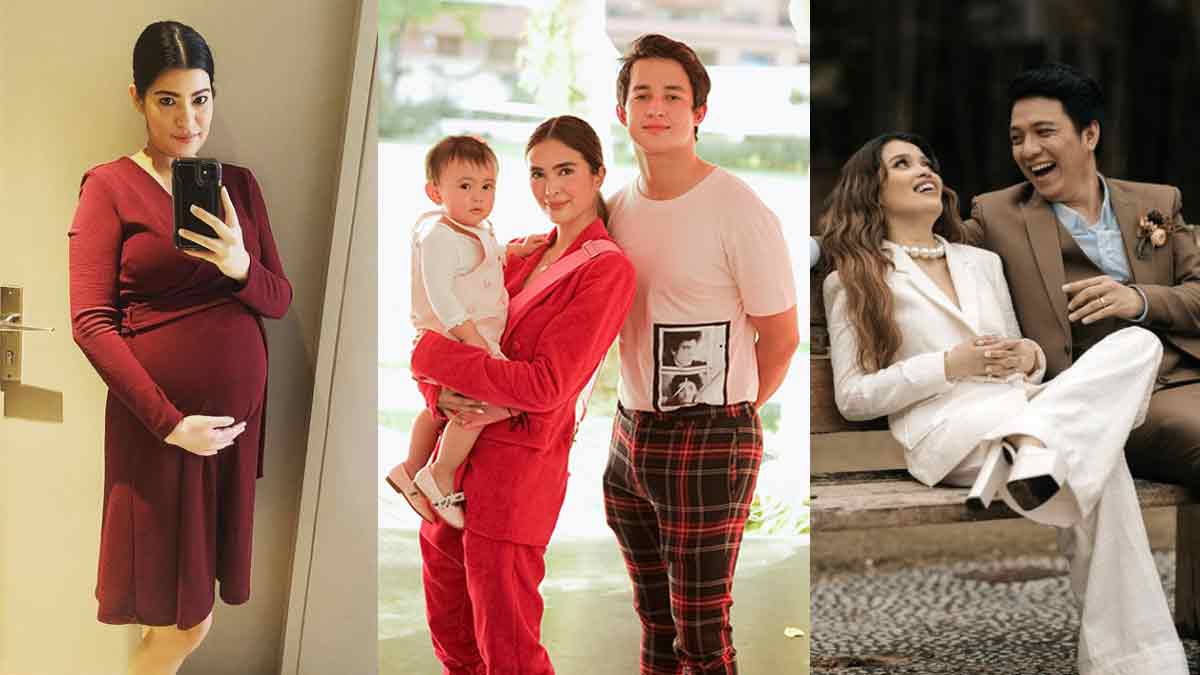 2020 has not been the best of years, but it does have its share of surprising happy news from the world of showbiz. Assunta da Rossi got her prayer answered. Sofia Andres resurfaced with partner Daniel Miranda and their baby. KZ Tandigan and TJ Monteverde got married, but nobody knew it until a month later.
PHOTO/S: @assuntaledesma on Instagram / Courtesy of Fuentes Manila / Mayad Studios

Year 2020 has been a memorable year for all the wrong reasons.

But it has brought happy surprises as well, a reminder that hope truly springs eternal even in the worst of times.

Here's a quick look back on happy news from the world of showbiz in 2020:

Showbiz fans were met with a delightful surprise early this year when long-time sweethearts Megan and Mikael finally tied the knot after almost 10 years.

Megan and Mikael had two wedding ceremonies to celebrate their union, one as intimate as the other.

The first ceremony was held on January 10, 2020, at the Calaruega Church in Nasugbu, Batangas, with only ten guests.

The second wedding on January 25 was held in Subic, Megan's hometown, with a select number of their loved ones in attendance. 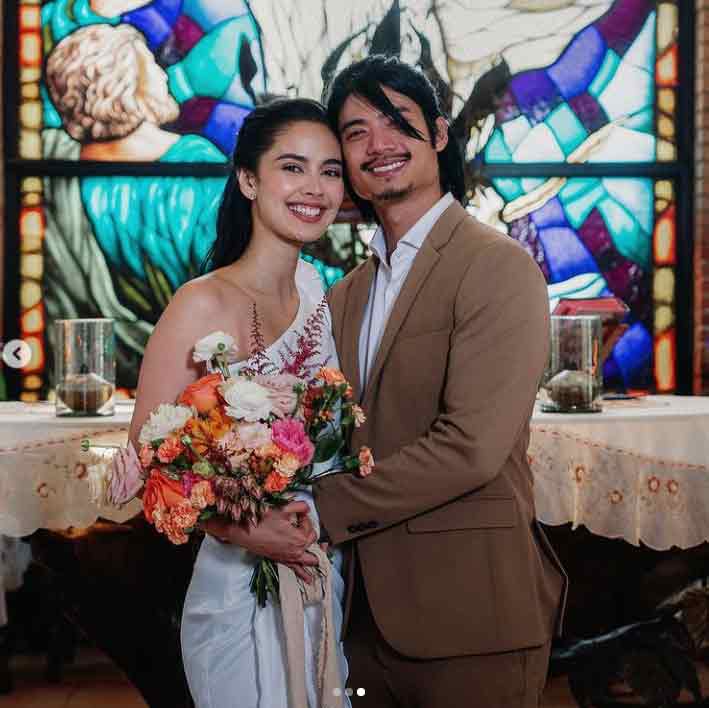 Fandom rejoiced when Sarah and Matteo announced their engagement in November 2019.

It was certain that their wedding would be one of the most highly anticipated showbiz events in the coming year.

Then on February 20, 2020, as quietly as possible, Sarah became Mrs. Guidicelli.

Their surprise intimate wedding, however, as meaningful though it was, still stirred some controversy.

In his Instagram post, Matteo summed up his big day this way: "A day full of pure love, honesty and genuine emotions. Yes, we got married. Mr and Mrs. Guidicelli." 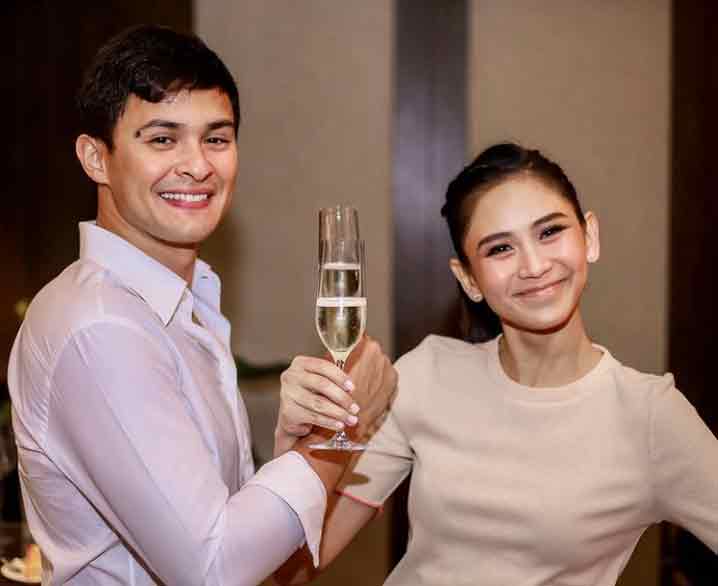 KZ and TJ caught their peers, friends, and fans off guard in October 2020 when they revealed they've actually been married for a month.

The OPM artists released a song together called "Can't Wait To Say I Do" on October 8.

Their music video began with KZ and TJ making their way to The Farm at San Benito in Batangas.

What appeared to be a quick getaway from the city was actually a trip to their wedding venue.

KZ and TJ exchanged wedding vows at the wellness resort on August 28. Their immediate families witnessed the ceremony through video conference. 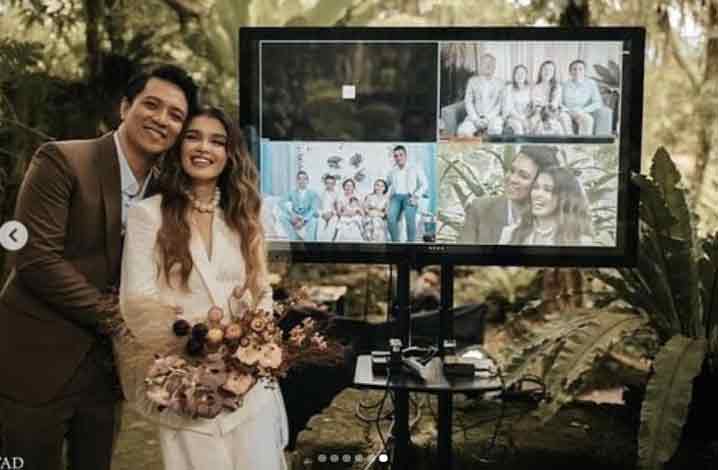 Assunta de Rossi GETS HER WISH

Among the pregnancies announced this year, Assunta's pregnancy was one of the most special ones.

Since getting married in 2002, Assunta had been praying for a child of her own.

She waited a long time until, at last, her prayer was answered. In May 2020, the actress revealed she was 14 weeks pregnant.

Her "miracle baby" was born on October 23, 2020. Assunta named her Giulia Fiorentina Alessandra or Fiore. 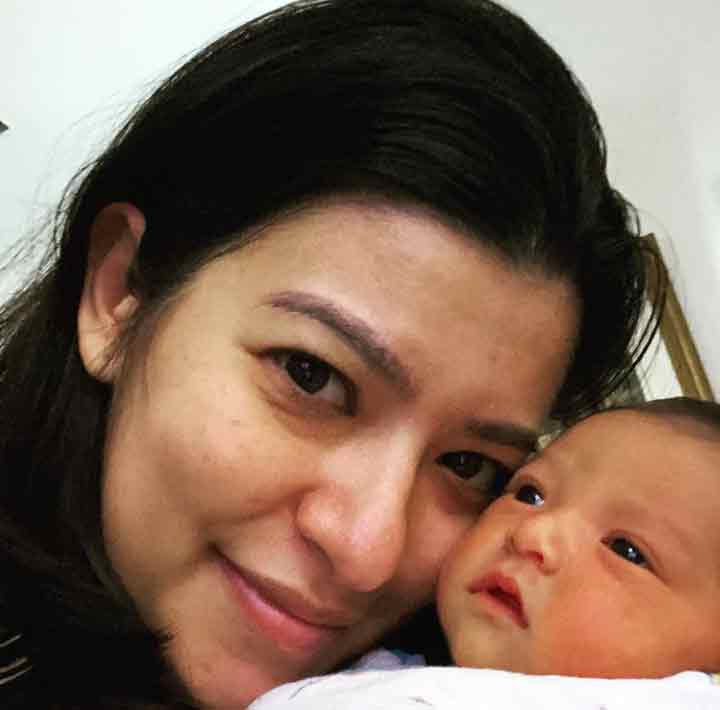 At the age of 40, Phoemela got pregnant with her partner Jason Choachuy.

Phoemela's firstborn is 22-year-old daughter Kim. She had her when she was 19. 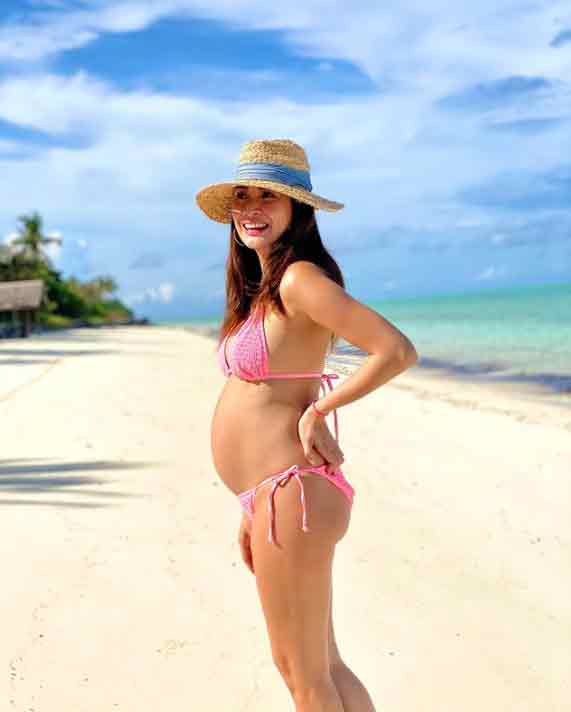 Sofia had been away from the spotlight for nearly a year when she made it known she's already a mother.

In June 2020 during Father's Day, Sofia thanked her boyfriend Daniel Miranda for being a great father to their daughter, Zoe Miranda.

Zoe turned one on November 24. She had a colorful Cocomelon-themed birthday bash to celebrate it. 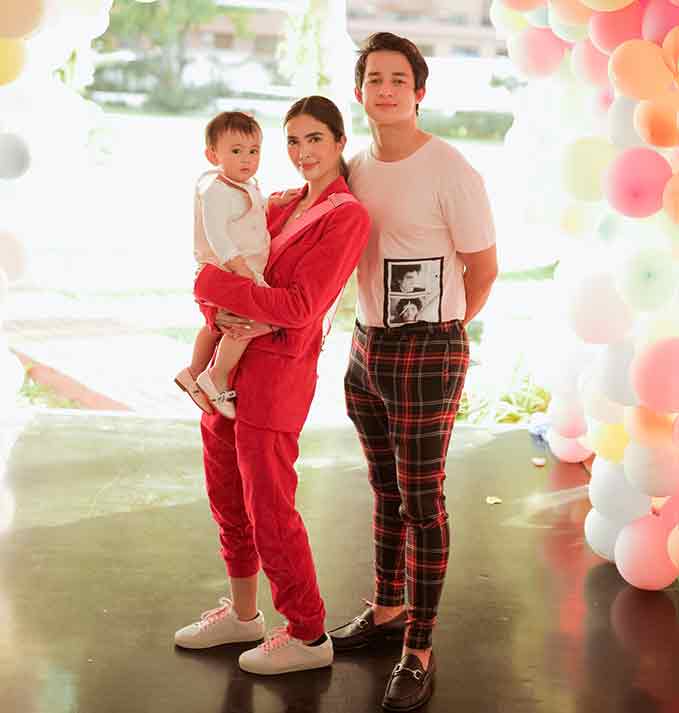 JC was the first to reveal his new journey when he told the press he had gotten married, and that he and his wife Shyleena Herrera were expecting a baby girl in February.

In March, JC introduced his daughter River Altheia on Instagram. 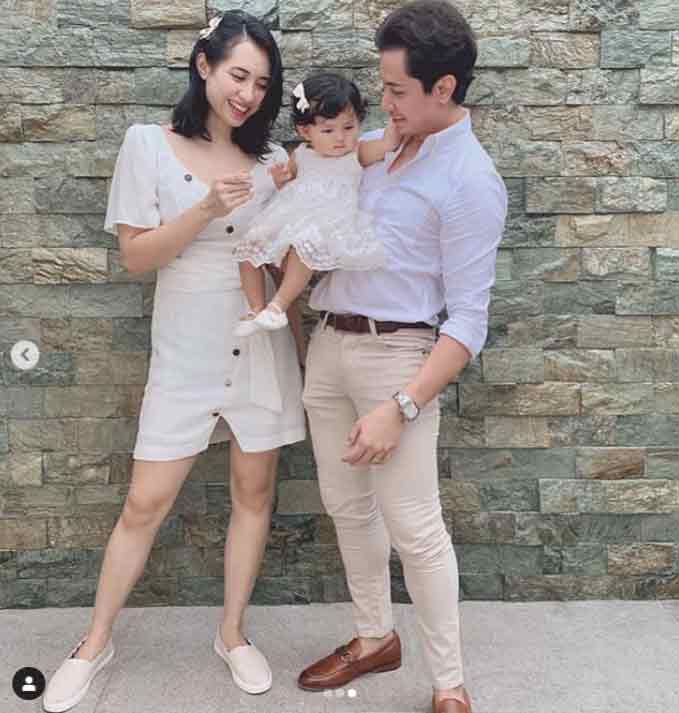 As for Carlo, the actor introduced his daughter Enola Mithi in September 2020. Enola is his daughter with girlfriend Trina Candaza. 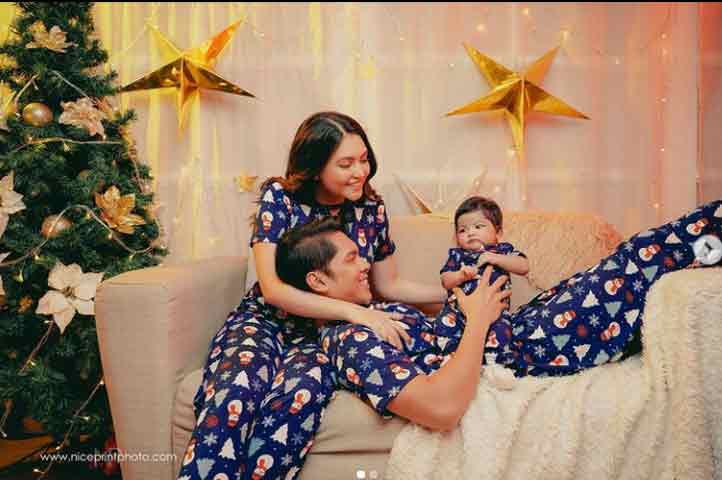 Alex was the third actor to surprise fans with news about becoming a father. He and his girlfriend Monique Tolentino welcomed daughter Allie in May 2020. 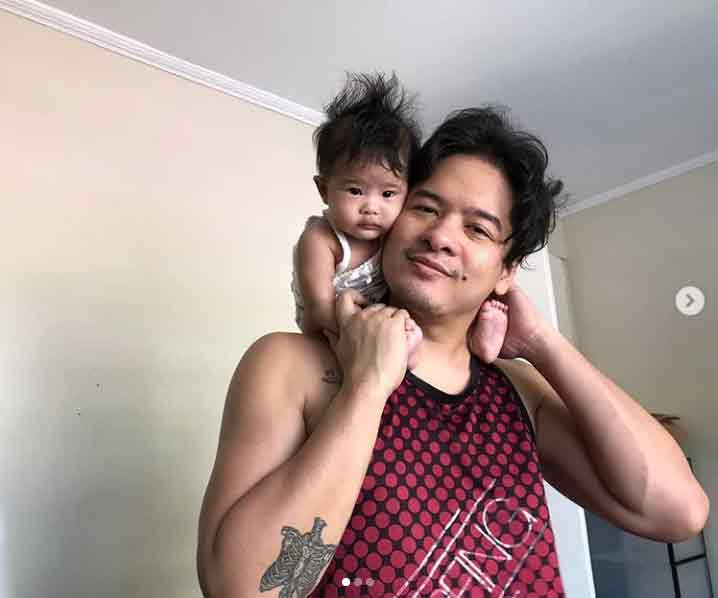 Both pregnancies and births were celebrated privately.

Regine was the first to announce the birth of her third daughter Rosie, who was born on the first week of community quarantine in March. 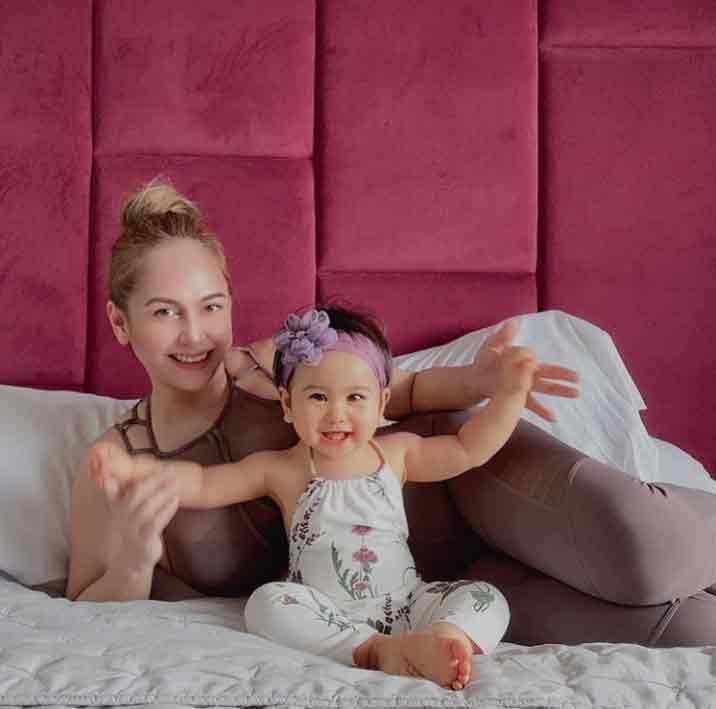 Diana was the second celebrity mom to make a low-key announcement about giving birth a third time.

She and husband Andy Smith welcomed baby Amira in September. 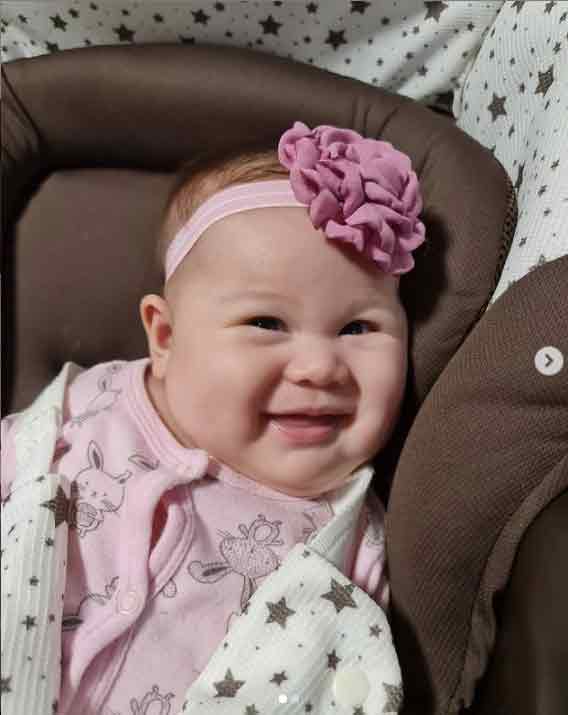