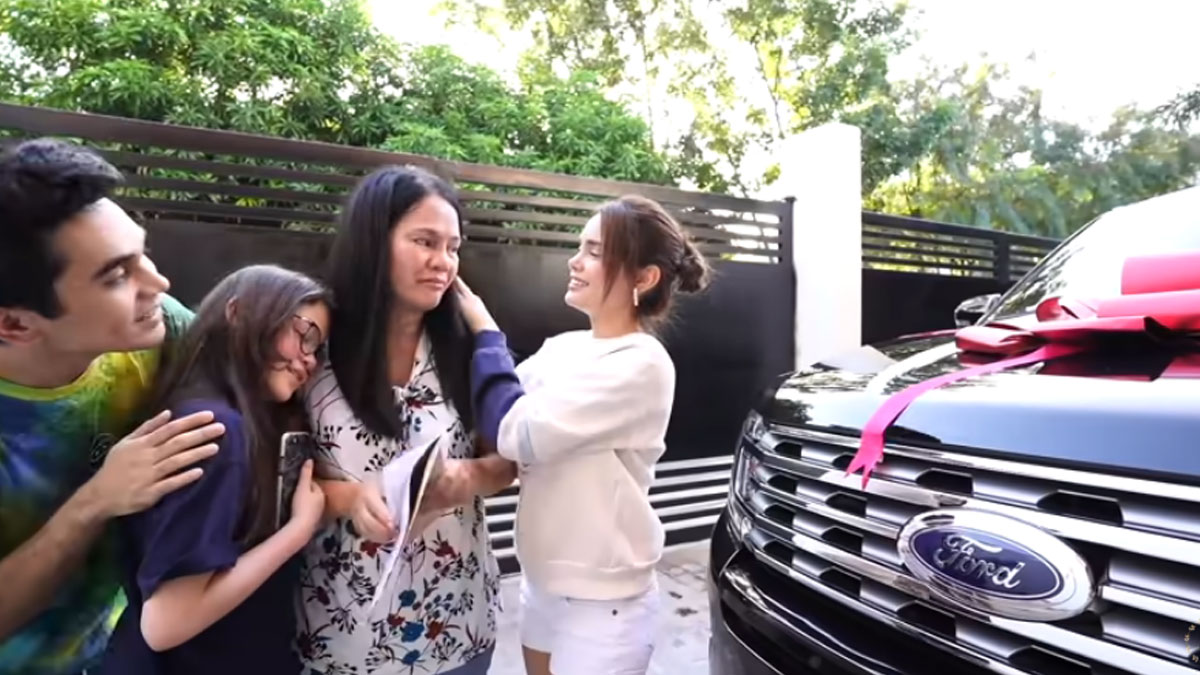 Fatima Marbella (second from right) is obviously touched as her children—siblings Ivana Alawi (far right), Hashim (far left), and Mona (second from left)—present their gift to her: a brand-new Ford Expedition.
PHOTO/S: Screengrab from Ivana Alawi on YouTube
Article Summary

Ivana Alawi will always put her mom and siblings first before herself.

To demonstrate, she just bought a Ford Expedition for her mom Fatima Marbella, or Mama Alawi to their fans.

Ivana used what she earned from a social-media app to pay for the SUV, which amounted to PHP3,731,650.

Before she turned over the car to her mom, Ivana and her siblings Mona and Hashim played a prank on their mom.

Ivana and Hashim pretended to be arguing with the latter eventually "walking out" of their house.

Mama Alawi then followed Hashim outside and saw the car parked at their garage.

She turned emotional when Ivana gave her the documents for her new car. 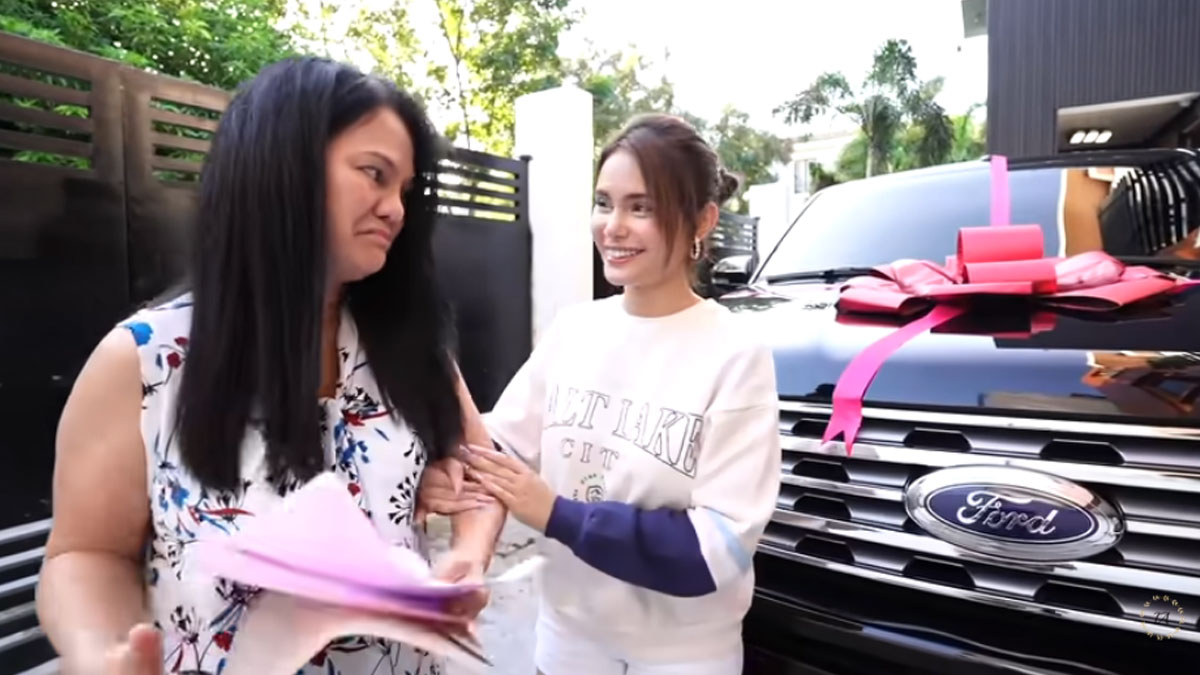 Toward the end of the video, Mama Alawi emotionally expressed, "Wala na akong mahihiling pa, being blessed with beautiful and loving kids and son.

"Hot, sexy, at macho, everything. Thank you, Lord. Thank you sa mga ito, for giving me such wonderful kids."

Ivana had previously surprised her brother Hashim with a parcel of land where he can build his own house.

The Kapamilya actress-vlogger bought the Ford Expedition for her mom at the car brand's branch in Bonifacio Global City, Taguig.